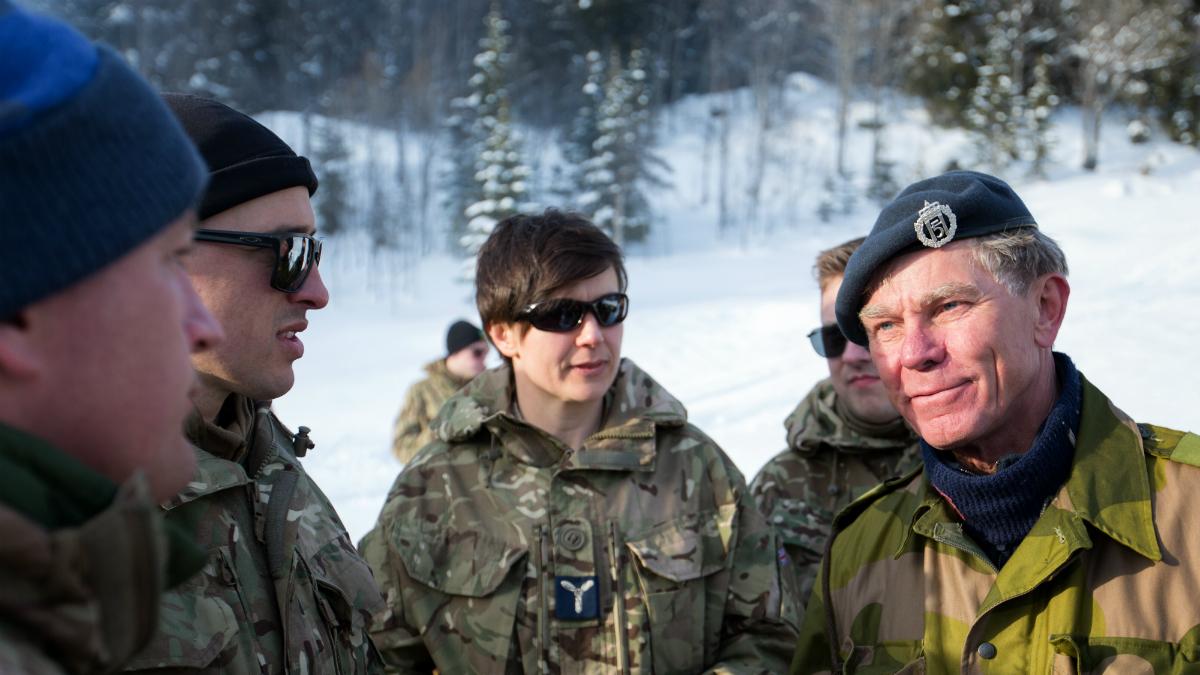 Ms Jones, a haematology physio for Cardiff and Vale Community health board in civilian life, joined 50 other reservists on Exercise Wintermarch. The gruelling programme involved cross-country Nordic skiing and learning extreme cold survival skills, such as avalanche rescue from Norwegian army trainers. It was symbolically based in Rjuken, 100 miles north of Oslo, and the site of the World War II Telemark Raid that stopped the Nazi atomic bomb programme.

‘A big reason why I joined the RAF reserves was I wanted a new challenge and this was physically very challenging, I was definitely outside of my comfort zone,’ said Ms Jones. ‘And the skills we learnt are brilliant for first aid. I thoroughly enjoyed it.’

Being part of the military has been a lifelong ambition for Ms Jones, who became a reservist over three years ago. ‘The RAF is really supportive and great at pushing you onwards. I’ll still do my day job, but I want to progress my RAF career and become an officer,’ she added.