Deeside physios sweat it out for W@W day

Physiotherapists and occupational therapists chose physical challenges for each other during an intensive exercise class at Deeside Community Hospital in Wales on 7 July. 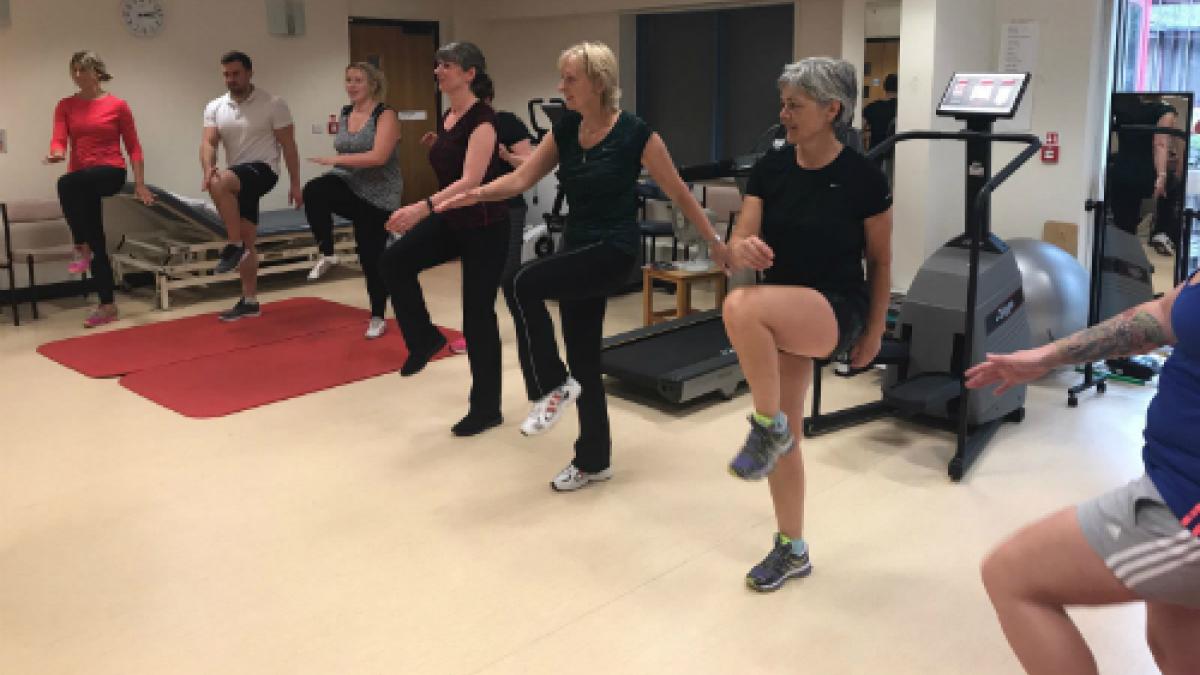 The staff, from Betsi Cadwaladr University Health Board (BCUHB), took part in the 45-minute session in support of CSP’s Workout at Work (W@W) day campaign.

It was organised by physiotherapist Michelle Jones, who told Frontline: ‘We played a ‘flip a coin’ workout, which involved two teams picking an exercise for the opposite team to do.'

‘To say we were sweaty by the end of it is an understatement.

‘Everybody really enjoyed the exercises and it was nice for us all to be able to have fun with it,’ said Ms Jones.

‘It was fantastic opportunity for us do some exercise in work. If only there was time to make it a weekly occurrence!’

As well as organising the W@W event Ms Jones has introduced a weekly exercise class at the hospital. The 10-minute class, called Tuesday core club, allows staff to take part in core exercises during their lunch break.