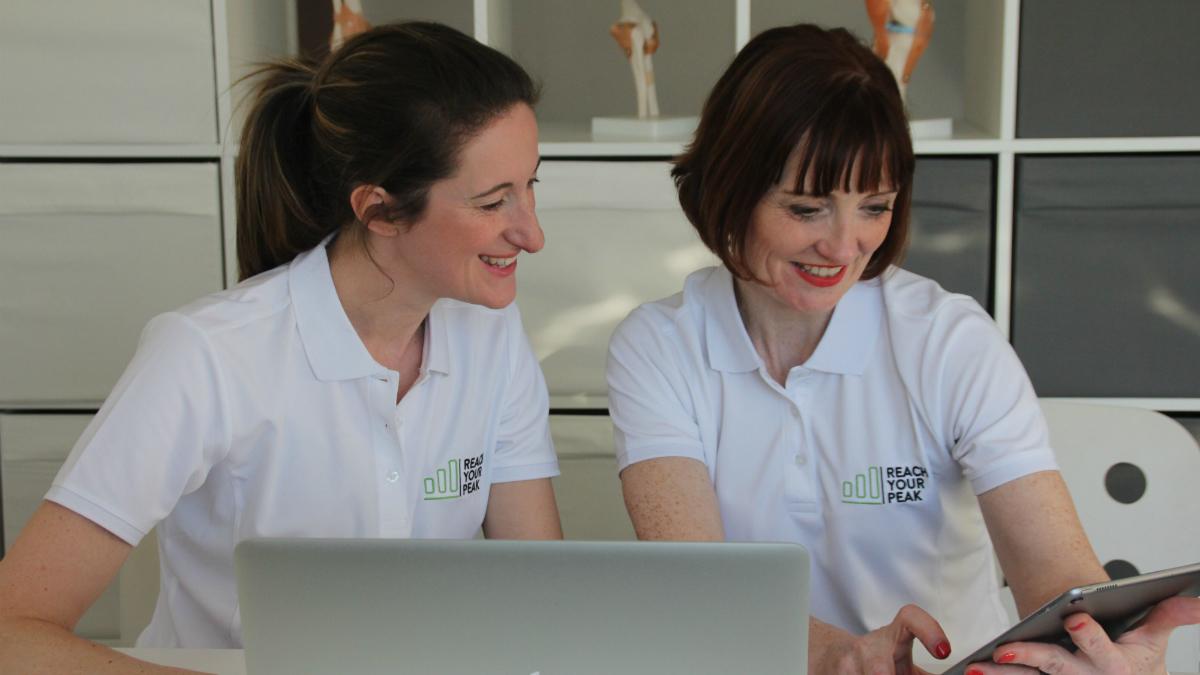 The programme, Reach your Peak with Parkinson’s, will be available from 9 April. It aims to complement face-to-face physiotherapy and make exercises prescribed by physiotherapists easier to access, particularly in rural communities.

Maria Lewis of Reach Physiotherapy, Deganwy, and Sally Tawhai of Peak Physio and Fitness, Llandudno Junction, developed their ideas for the video programme over 12 months.

‘The initial mistake we made was thinking we could produce this without any help,’ said Ms Tawhai. ‘We needed professional input and that investment can save a lot of time and result in a more polished product.’

After contacting several production companies, they plumped for local Cardrews Media in Abergele. Even then, filming was not what the physiotherapists expected.

Ms Lewis takes up the story: ‘We just thought Sally would stand in front of a camera, I would hold a microphone, and off we would go. That was absolutely not the case.

‘We had no idea that it would take many hours to get the right shot, lighting and feel. These are all important. When it came to the audio, every bit had to be done separately.

‘We worked a crazy day where we started filming at 6.00am and didn’t finish until 2.00am the next day. Certainly, we would not do that again.’

They had a number of reasons to create the programme. First, they recognised a gap in the availability of face-to-face physiotherapy for people with early Parkinson’s. Alongside this, they were aware of evidence that physical activity can improve disease-specific impairment and may have a neuroprotective role.

Second, they were both inspired by an International Parkinson’s and Movement Disorder Society summer school in 2017. Topics discussed had included people with early Parkinson’s being referred to physiotherapy long after their diagnosis.

Reach your Peak begins with an online consultation. It guides users through 30 minutes of exercises, which have been recommended for them and should be completed five times each week. The programme will start with a free three-week trial, then be available on a subscription of £47 per month.

Ms Tawhai said they would collect data with the aim of informing the development of the programme and contributing to the growing body of evidence about Parkinson’s care.

The outcome measures they will be using are the 30 second sit to stand test; timed up and go, with and without the addition of a cognitive task; the Manual Ability Measure-16; and the Parkinson’s Disease Questionnaire 39.

Lynn Rochester, professor of human movement science and director of the clinical ageing research unit at Newcastle University, said that encouraging exercise and an active lifestyle for people with early Parkinson’s was an appropriate approach.

‘Physios are not going to be delivering exercise programmes for early stage Parkinson’s; we simply do not have the resources to do so and it is not necessary,’ she said.