Physios camp out after snow hits the UK

CSP chief executive Karen Middleton has praised physiotherapy staff all over the country who have continued working despite the extreme weather conditions. 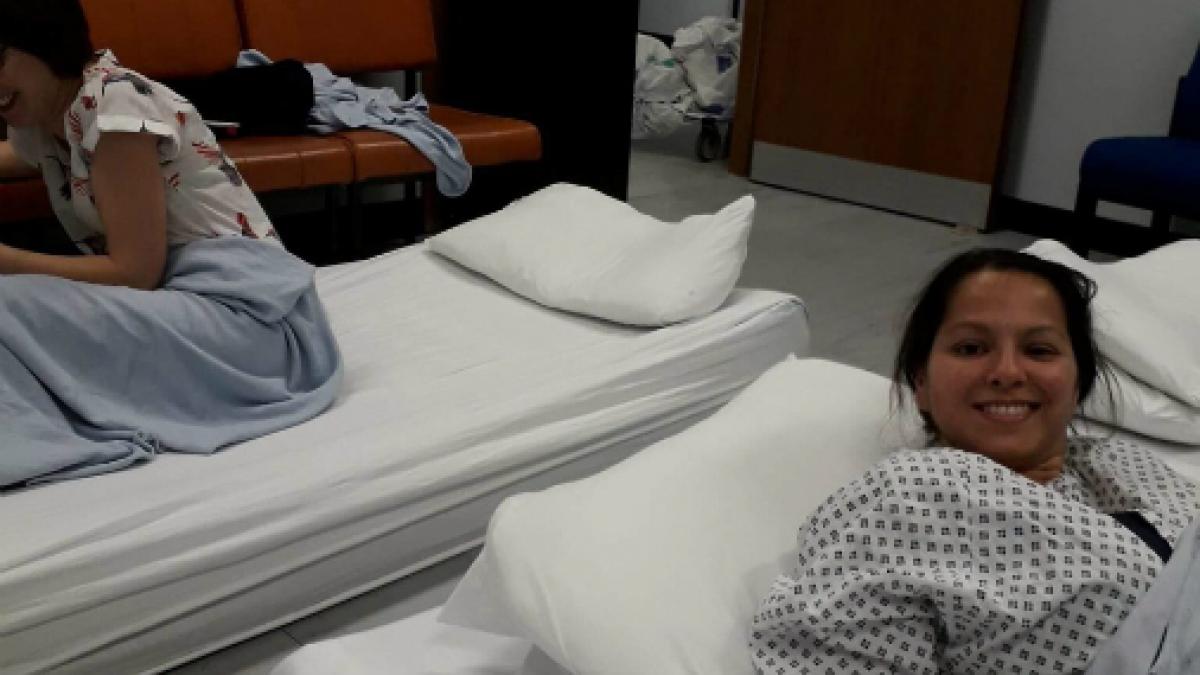 Bedding down in Glasgow's physiotherapy department were Jo Trammond and Fiona Penman who were unable to get home and ended up working in wards overnight on Wednesday. Photo: Shirley Anne Vallely

‘Many of our members - as I witness on Twitter - have walked miles not to let patients and the public down,’ she said.

Ann Ross, chief allied health professional for the north sector of Glasgow, praised her team of physios and occupational therapists – in addition to Fiona and Jo, two others ended up staying over and working the next day. They eventually got home after the hospital laid on 4x4 taxis for them.

‘The snow has been non-stop,’ said Mrs Ross, who couldn’t get into work herself, but was working from home. ‘I’m like a command and control centre,’ she said.

Also name checked were physios Linda Ashton, who donned her ski wear, to walk to work, and physio team lead Lucy Devaney. ‘She showed great leadership making sure she was in first and home last – walking over an hour to do so.’

‘The biggest challenge has been getting staff home and then into work. We are a big geographical board. A lot don’t stay within the board area or close to the hospital.’

Those with the furthest journeys were allowed to leave first as she started to phase down services.

‘But four staff just had to bed down in the end, lying on mats on the gym floor.’

In fact, they ended up helping the night staff with basic care and carried on the next morning with their day jobs, despite getting very little sleep.

One problem has been how to get patients home when they’re ready for discharge, as the ambulances are on ‘blue light’ emergencies rather than transporting people home. As for people coming in with minor injuries, they are not admitting them unless essential.

‘We are trying to turn them round at the front door, if we can, especially if they are with relatives and can go back home.’

Staff from other health boards, who couldn’t get to work, reported to hers and were ‘slotted in’. But that created an additional challenge -- in checking their credentials.

Checks had to be made with the HCPC, their photo ID card and their line manager before they could be allowed to start work.

‘We thought there was a Scotland-wide agreement to report to your nearest hospital, but some other trusts wouldn’t take our staff. That’s something we need to consider in future,' said Mrs Ross.

Also in Glasgow, Lizzie Farrell, a band 6 community physio in South Lanarkshire, told Frontline: ‘I spent the day supporting the nurses’ visits, as there was so few staff on and we had to go out in pairs for safety. In between times I was in the office answering phones or doing much needed admin stuff that always gets missed.

‘I attempted to get a nurse out to a village in the middle of nowhere, but we had to turn back when the road got too dangerous. I was very impressed when the nursing lead had, within two hours of our return, arranged a four-wheeled drive and a chauffeur to take the nurses out. They made it too! So two patients were very happy to have been reached and seen! The NHS - what a service!’

From Lothian, CSP members tweeted that MSK clinics were cancelled but staff who could get to hospitals or care homes were reporting for work.

Further south, Lincolnshire physios were among those going beyond the call of duty: staff from provider trusts in Lincolnshire joined forces to maintain patient care on the stroke unit at Lincoln County Hospital.

Carrie Biddle, Therapies Clinical Governance and Quality Lead for the Royal Cornwall Hospital said she and a physio colleague decide to attempt the journey to the hospital together as snow buddies.

‘As the weather forecast continued to deteriorate on Wednesday night we put out a shout out on Facebook for 4x4 assistance if needed and had a fantastic response from our local friends and community.

‘Staff walked miles to work, and came prepared with overnight bags to stay if needed. Snow brought out random acts of kindness, patience and support across the workforce yesterday, with everyone pulling together.'

Teams planned ahead early and increased team briefs during the day to ensure clinical workload was covered and to consider those at most risk/affected areas to get home to be released first if needed in the afternoon.

Hannah Willoughby, who works for the Somerset Partnership, said they were only seeing urgent patients in the community.
‘There are lots of members of the public who have been brilliant helping out with 4 x 4 and tractors to ferry people about,’ she said.
One of their community physios, who couldn’t get in, reported to work at an acute hospital instead. She ended up being interviewed by the BBC.
Ms Willoughby also reported on Friday afternoon that they had just had an urgent visit in a cut off village.
‘We contacted CSP member Lana Wand who is a community physiotherapist but does not work today. Lana lives in the village and has gone round immediately and is visiting the patient already.’

At Prince Charles Hospital, Merthyr Tydfil, Nia Rees clinical specialist in stroke, stayed over in the hospital residences. As well as covering daytime stroke and respiratory emergencies she volunteered to cover over night respiratory on-call last night and until further notice. That could be until Sunday.
Karen Jones, team leader for respiratory worked with Nia, prioritising respiratory needs across the whole DGH. She walked in from the far side of Merthyr along with Christopher O’Sullivan who is MSK specialist and the only member of staff in for vital trauma and orthopaedic services.

And Debbie Davies, head of physio services for Cwm Taf University Hospital Board, said three registered staff were able to get in to Prince Charles DGH. ‘It has been hit very badly being so high up, exposed and on the edge of the Brecon Beacons.’ 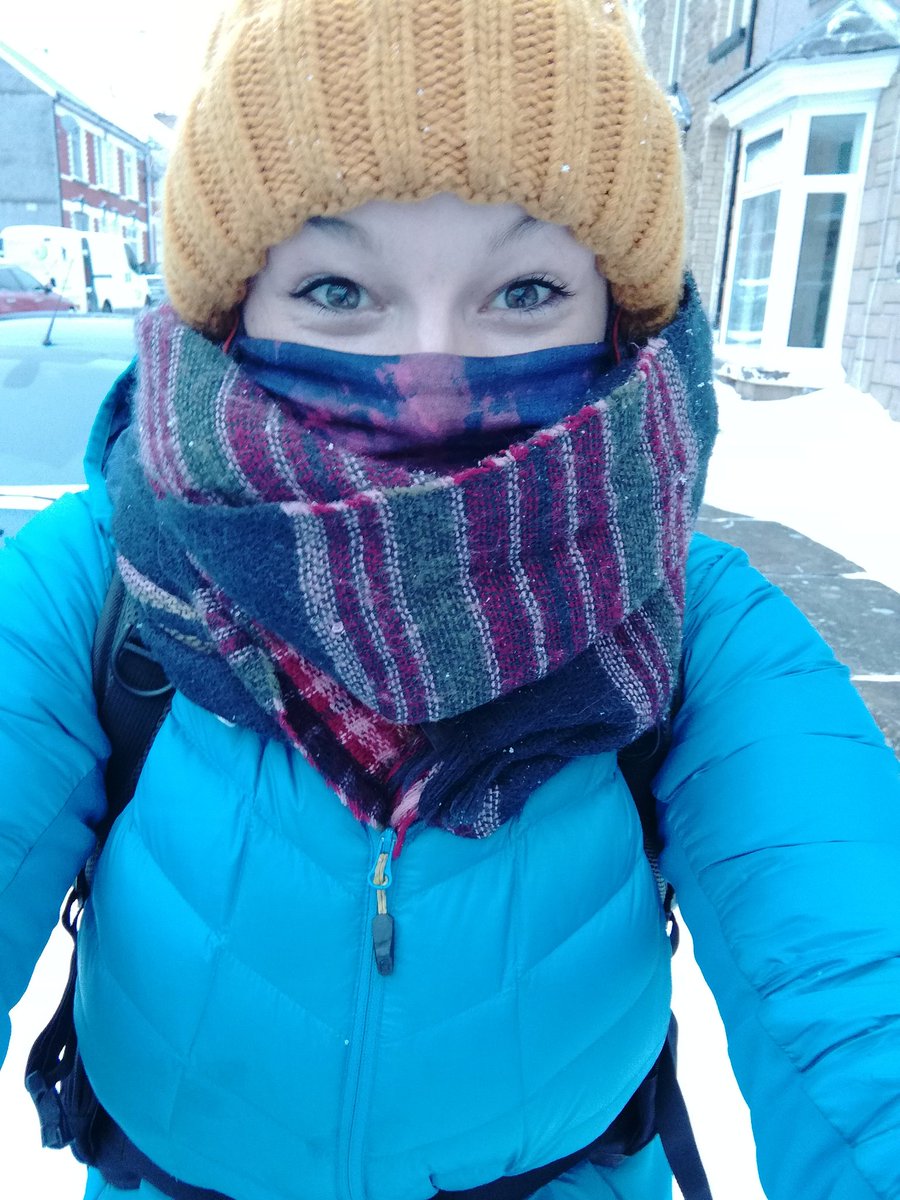 Start of my journey this morning. Thanks to a few friendly 4x4 drivers and a trusty pair of aigles me and my 3 days worth of kit are at work and ready for our #NHSSleepover for the weekend.

Reporting from north east England, Rachael Moses told us that one member Alex Hemsley had been on call all night at the Royal Victoria Infirmary, Newcastle and was working again this morning. 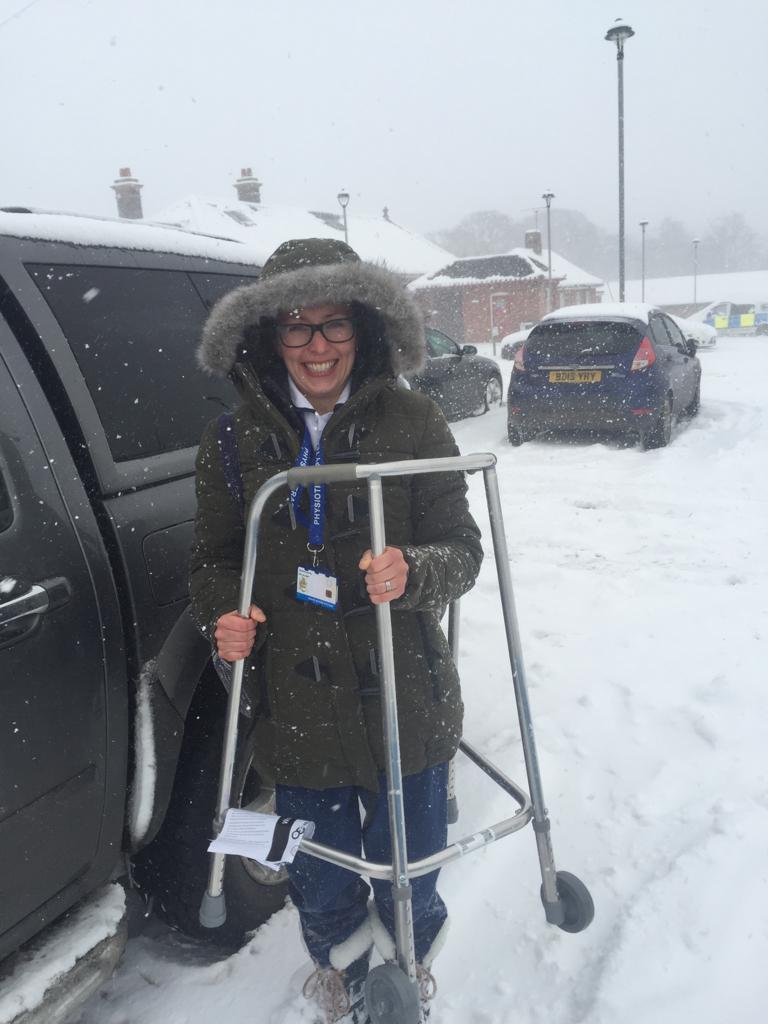 Our REACT physiotherapist Sarah working in partnership with the local community team to assess an urgent referral this afternoon in Eye.  #teamwork 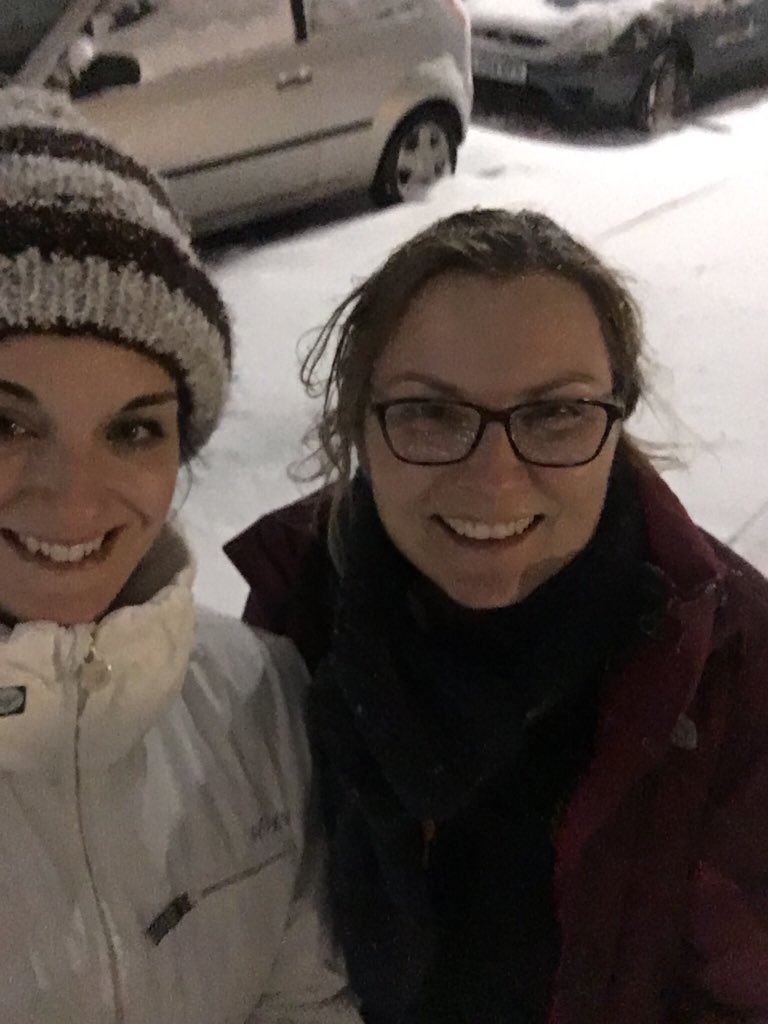 Just in after a long but rewarding day at Urgent Response- great teamwork. Walked on foot tonight with @mcgurran_nicola to see some really vulnerable people in Southampton. Love what we do. 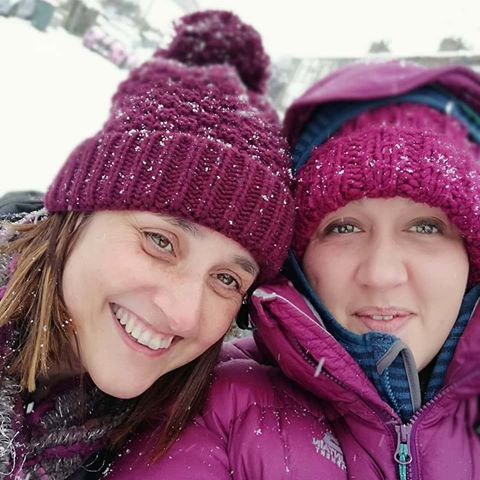 This report will be regularly updated as Frontline receives news and photos. Email us at frontline@csp.org.uk