Physiotherapy staff should consider having criminal defence insurance to cover them in the event of serious allegations, which could result in legal costs and loss of income. 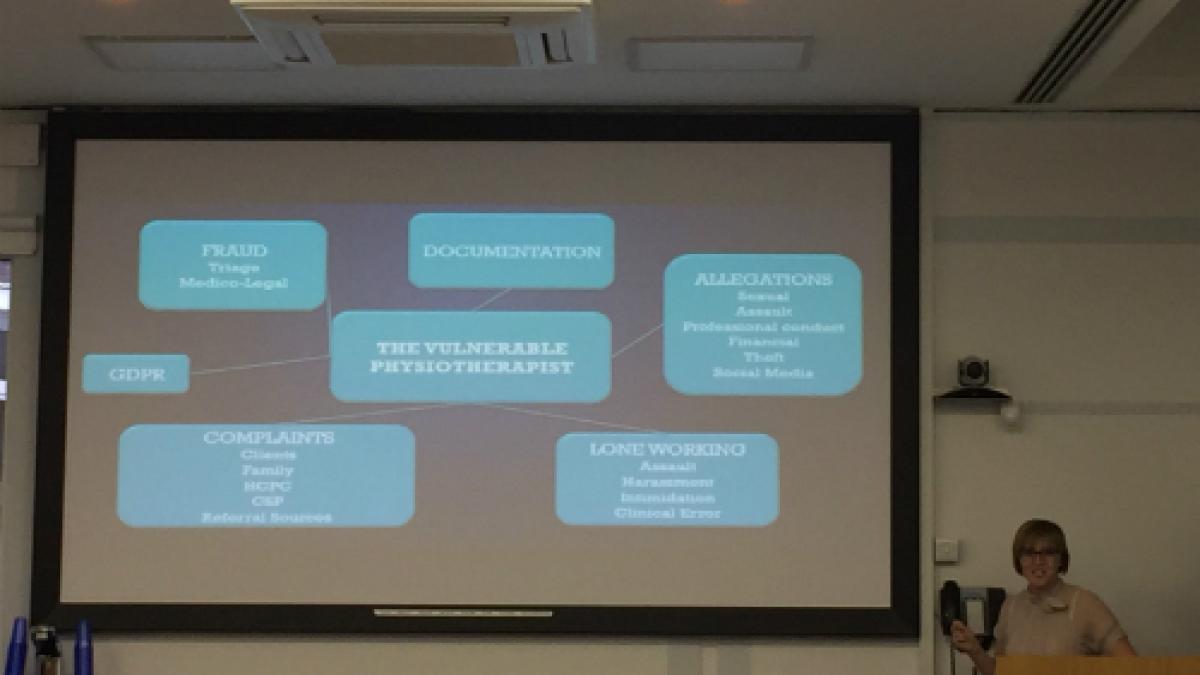 This was one of the key messages from Sarah Daniel, a consultant neurological physiotherapist and an expert witness for medico-legal reports.

She was speaking during a conference for the Medico-legal Association of Chartered Physiotherapists (MLACP) in London on 24 November.

Ms Daniel, who is also an MLACP committee member, said: ‘Physiotherapists are becoming increasingly vulnerable, because of a rise in compensation culture, where people complain about all sorts of things – which may or may not be true.

‘You could face a sexual allegation, or you might be accused of stealing money or jewellery during a home visit.

‘But it’s important that all physiotherapists – those in the NHS and the private sector - are aware that professional indemnity, which the CSP provides, and public liability insurance do not cover criminal allegations.

‘A lot of physios might assume they are protected by the NHS, but they aren’t.’

Delegates heard that criminal defence insurance is an additional policy that physiotherapy staff can take, with cover costing between £20-£30 a year.

Ms Daniel presented a case study of a CSP member who experienced mental health issues and has been unable to work for more than a year, since a patient made a criminal accusation against them.

The physiotherapist faced criminal proceedings and was subsequently acquitted by a court of law. But 18 months later, the physio is still unable to return to work because the Health and Care Professions Council (HCPC) is conducting its own investigations into the case.

‘The HCPC does not use the same standards as the justice system, so you have to be prepared to prove your innocence to them as well,’ Ms Daniel said.

Top tips to protect yourself

Ms Daniel gave some suggestions about what physiotherapists could do to protect themselves from allegations, as well actions to take if they did find themselves accused.

She told delegates to