Rehab Matters, the short film commissioned by the CSP, and made by Oscar-shortlisted UK director Chris Jones, looks at the difference community rehabilitation makes to the life of a woman who has just left hospital following a stroke. 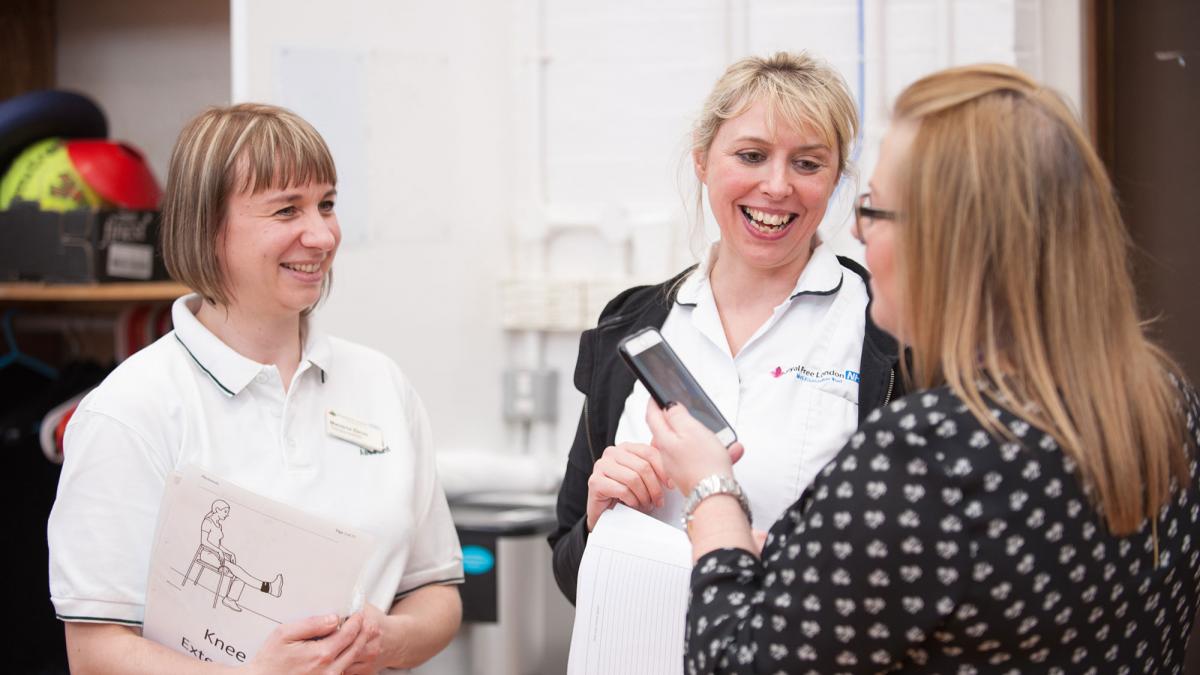 Although only five-minutes long, the film packs a compelling and poignant punch, contrasting the positive life and expectations of a woman who receives rehabilitation with the distressing version who missed out.

Mr Jones told Frontline actors had originally been recruited to play the roles of the two physiotherapists. But in the interests of authenticity, genuine physiotherapists Rohima Begum, who was a CSP professional adviser at the time, and Charlotte Wilce, a senior physiotherapist at Guy’s and St Thomas’ NHS Trust, took the parts instead.

‘As the filming went on it was clear that using actors wasn’t going to be authentic so we cast physios who proved to be real naturals. We had to strike a balance between authenticity and brevity – sometimes I had to ask “can’t you do this bit a little bit faster?”. Alfred Hitchcock described drama as “life with the dull bits cut out”,’ Mr Jones said.

He said the subject matter resonated with many crew members who drew on the positive and negative experiences of family and friends. ‘We’re all aware we are living longer but it’s about making sure we can squeeze more life out of life – and rehabilitation helps with that.’

For actor Vanessa Bailey who stars in the dual role it was particularly poignant as her mother died two years ago following a stroke.

‘Vanessa used a lot of her personal experience in her performance – it was very personal and very cathartic for her,’ Mr Jones said. ‘She very much went into character and stayed there.’