A powerful presentation of how physiotherapy helped recovery from locked-in syndrome was given at the Northern Ireland launch of a campaign to improve access to community rehabilitation services. 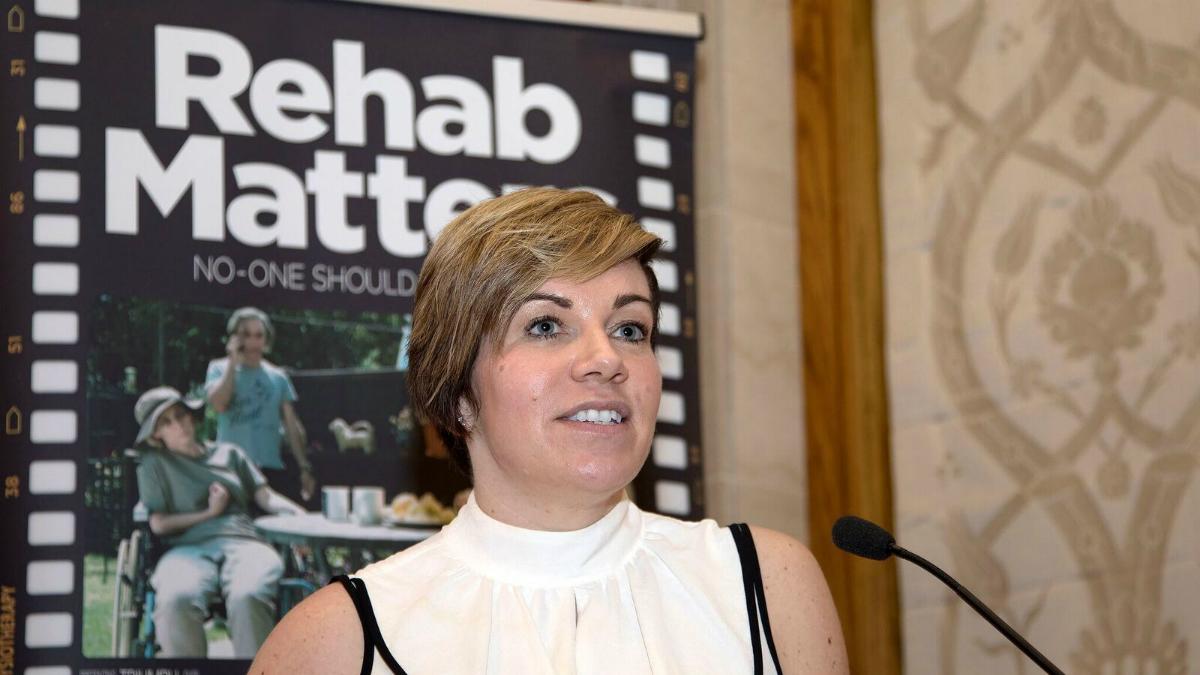 Police officer Clodagh Dunlop shared her inspirational journey and personal experience of recovery from the condition she suffered after a massive stroke in 2015.

She told the official launch of the #Rehab Matters campaign in Stormont on 20 March that she had returned to work 18 months after falling ill and earlier this month passed her detective exams.

The CSP is challenging the reality that too often, patients leaving hospital are unable to access high-quality rehabilitation services to continue their recovery and regain their independence, with devastating consequences for some.

Waiting too long for vital rehabilitation – or missing out entirely - can reverse recoveries and cause lasting damage to a person’s quality of life.

'It was a great privilege to hear Clodagh Dunlop’s story and her remarkable comeback from a traumatic medical condition,’ said former health minister and DUP member of the legislative assembly for South Down, Jim Wells.

‘Her story confirmed that a focused rehabilitation programme can transform lives and keep people active within the community rather than in hospital.’

CSP Council vice chair Philip Hulse added: ‘Clodagh gave a powerful presentation of her story of the transition from hospital to home, describing the loss of safety blanket, despair and isolation.

‘She told how allied health professionals lifted her fears and gave her control, and supported both her mental health, physical recovery and independence.’

The warnings from the CSP coincide with the release of a short film in conjunction with Northern Ireland Chest Heart and Stroke, called Rehab Matters which contrasts the experiences of a patient who receives physiotherapy after leaving hospital with one who misses out.

CSP Northern Ireland Board chair Catherine Burke said: 'We are very pleased to have the support of Chest Heart & Stroke Northern Ireland particularly at a time when health and social care services are undergoing significant transformation.

‘This campaign will help shine a spotlight on an area of healthcare that is often overlooked and ensure that no one misses out.

‘Too many people are left facing a distressing future dependent on health and social care when access to high-quality rehab could have made an enormous difference to their life.

‘It is a hidden scandal because it takes place in people’s homes, away from the public glare, which so often falls on hospital pressures.’