Jillian Windrum was the only physiotherapist in a volunteer medical team that spent part of last summer working with Colombians who have little or no healthcare. Here, she describes her daunting experiences 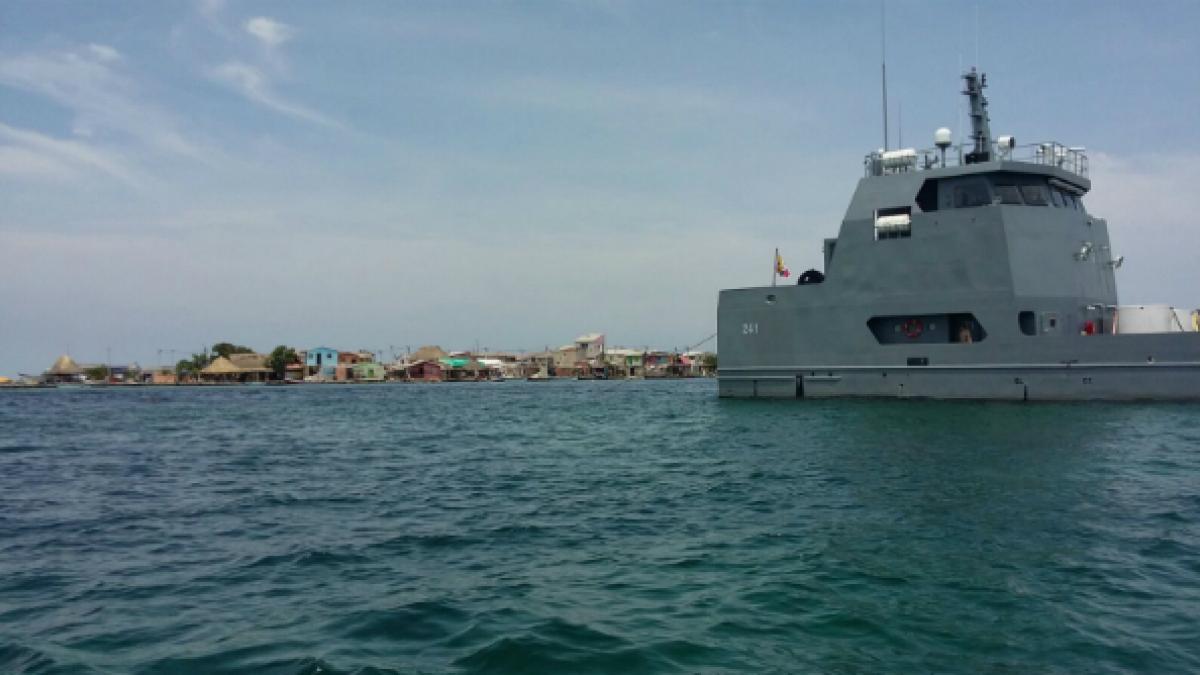 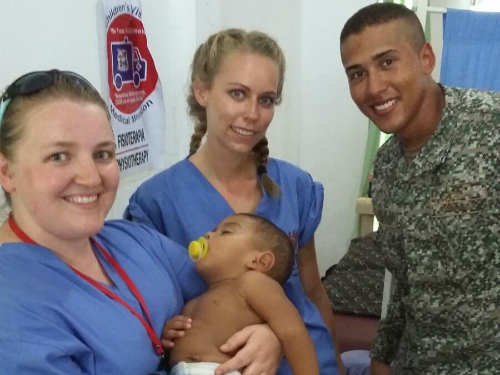 With no space on the island, the medical team slept in cramped quarters on a naval ship (top photo). Jillian, centre, with paediatric nurse Emma and Colombian marine and translator, Convenes

It’s difficult to explain how special this medical mission trip was. As a team, we knew the expedition was going to be both exciting and challenging after being briefed about the itinerary.

Physiotherapy was a valuable aspect of the team’s work. I treated a wide range of presentations and saw life-changing outcomes.

After unpacking medical equipment, medications, orthopaedic supplies and basic surgical instruments, we were ready to go.

We travelled to a Colombian Navy base, where we were met by members of the Colombian presidency’s office who accompanied us and provided very useful Spanish translation.

The navy and marines who hosted us on board one of their ships were such a valuable aspect of our team. They worked mainly as personal protection, translators, cooks and generally made us feel safe and valued.

After travelling by air and sea, we arrived at our first destination, Santa Cruz del Islote, a coral island thought to be the most densely populated place in the world. There wasn’t space for us to stay, so
we worked there by day and slept on a navy ship anchored nearby. Forty-five people sleeping in hammocks, crammed into one room on a ship was an adventure in itself!

It was interesting to watch how local life and culture functioned and then look around and remember we were completely surrounded by water. We would marvel at how these people carried out normal life with no running water, little space and only a few hours of electricity a day.

People were generally quite healthy, but very thankful for the medical care they received. With
a total population of 1,500 people, about 70 per cent of the islanders are children – this made for
a busy paediatric team.

We then sailed to Covenus, a town on the coast of Colombia. When we arrived at 6.45am to start work, the numbers were unbelievable. Many had travelled in buses for several miles to receive care and treatment. There was no limit to the people who needed medical attention.

As the only physio on the team, I was very busy. I leant on the experience I had obtained rotating around the Southern Health and Social Care Trust (based to the south west of Belfast). I encountered many musculoskeletal problems which arose from people having back pain from sleeping in hammocks. The main occupation on the island is diving and this leads to a lot of shoulder injuries, tears and neck pain.

Physiotherapy gives us a huge range of skills and experience to help many people – some of whom might never have the opportunity to receive help unless we go to them.  We are gifted with our hands and can work with limited supplies to make a huge difference in a life. It was an honour for me to help the people of Colombia in the little way I could.