Two senior paediatric physios have received awards after helping to support the round-the-clock care of a baby with respiratory problems. 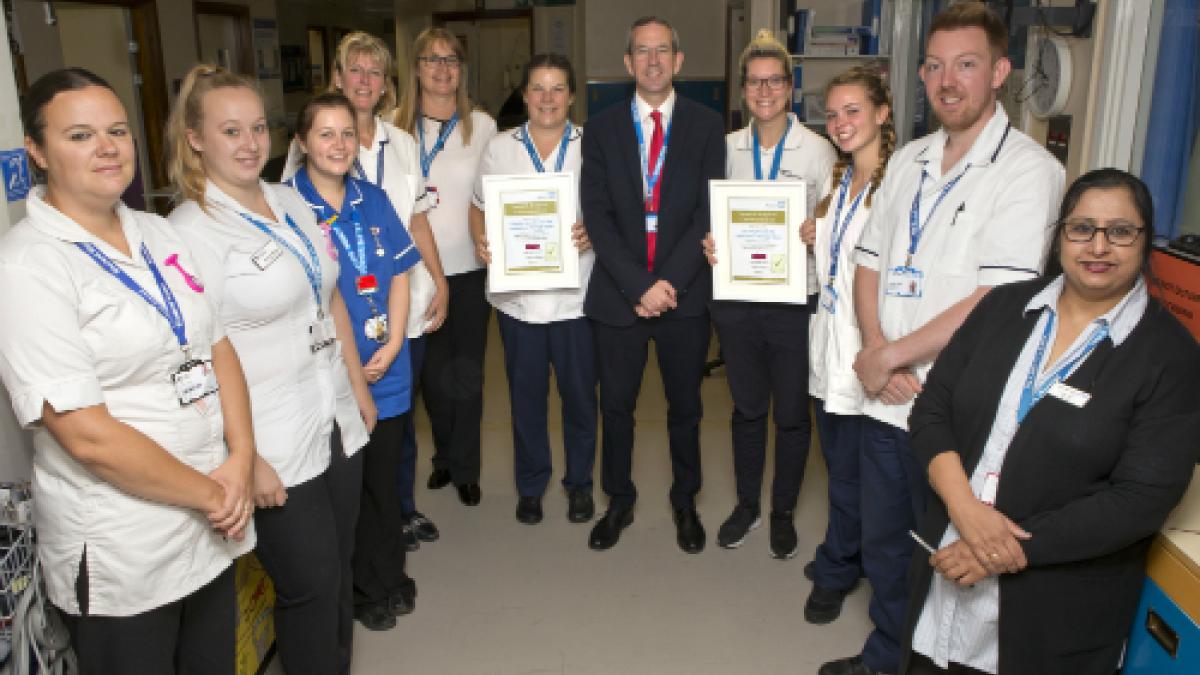 The pair received commendation awards from their trust in recognition of both their own and their team’s achievements. Ms Angell was praised for her work in setting up a paediatric on-call respiratory training package that has enabled the adult respiratory team to be added to the on-call rota.

Ms Martin and the whole therapy team were recognised for their work during the care of a severely ill baby with spinal muscular atrophy type 1.

The infant required complex respiratory treatments, including manual techniques and suction every four hours over five days and then further care for two and half weeks.

Ms Angell said: ‘I was part of the team that helped the baby, along with Charlie, and senior paediatric physios Penny Brown and Nicky Race, but they worked much harder hours than I did and it was a massive effort on their part.

‘We were symptom-managing the baby’s respiratory distress around the clock for five days straight, day and night, over the Easter weekend. So members of the team were sleeping on plinths in outpatients before going back on the ward.

‘The baby was about three months old and the prognosis was poor. But during those five days she got better, which no one expected at all. We carried on working on her less intensely, as part of her overall treatment.

‘Now she is almost eight months old, has been put on a drugs trial and is doing really well.’

Their manager, Ally Roberts, nominated them for the awards and told Frontline: ‘Charlie and Ali always go that extra mile for their patients and are always looking to improve the service they provide to their patients and their families.

‘They are great team players and work hard to support the other members of their department, I am very proud to be involved in their management.’