Physiotherapy staff in Colchester went to work in pyjamas last month to back a campaign to speed up the recovery of hospital inpatients. 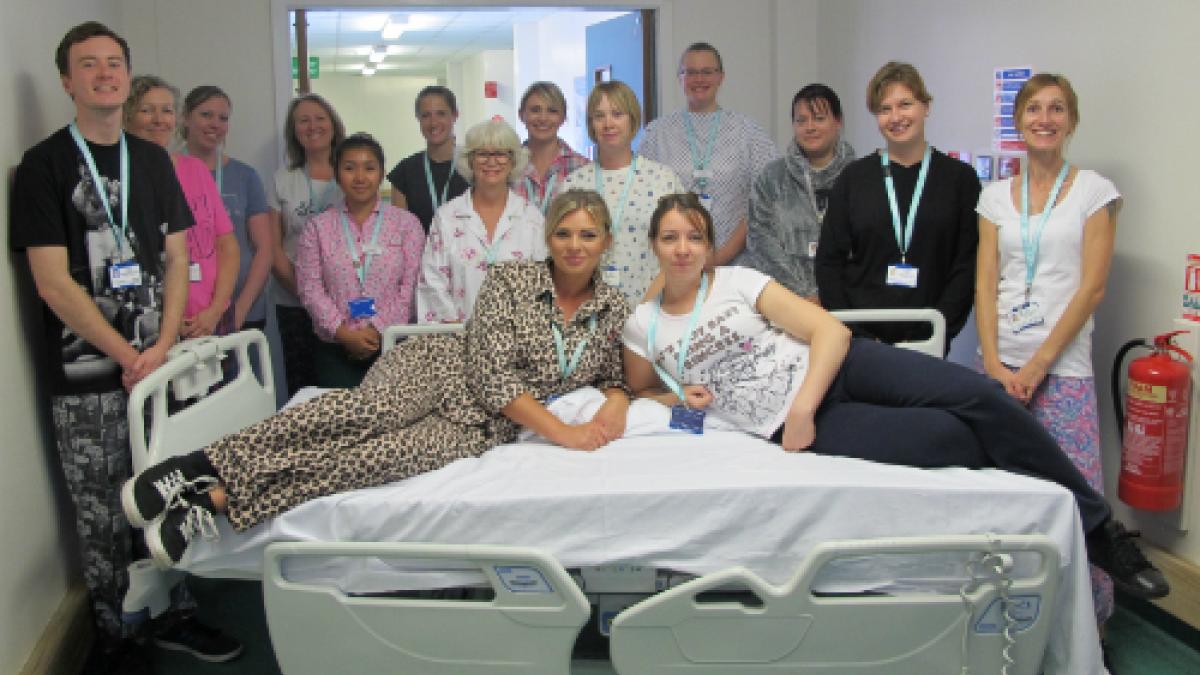 Staff at Colchester General Hospital wore pyjamas on 27 September to highlight the #endPJparalysis initiative to encourage patients, wherever possible, to change out of their pyjamas, get up out of bed and moving.

The idea was started in New Zealand by Brian Dolan, an NHS-trained nurse and is now gaining support in the UK.

Jo Field, a specialist occupational therapist at the hospital, said: ‘We all know that if we feel ill and stay at home, it’s very easy to spend the day lolling around in our pyjamas, not doing very much.

‘But the moment we make the effort to get up and put on our normal clothes and try to go back to normal, that’s often the moment you start to feel better.

‘That’s the basic concept behind this campaign, which has attracted growing support, including from the chief nursing officer for England.’

Meanwhile, staff in the hospital’s emergency department are backing the #Fit2Sit campaign, which aims to put an end to patients being routinely carried on trolleys and stretchers if they are well enough to stand or walk.