The head of an NHS trust has praised the benefits of a physiotherapy self-referral scheme, during a Workout at Work (W@W) event in the West Midlands. 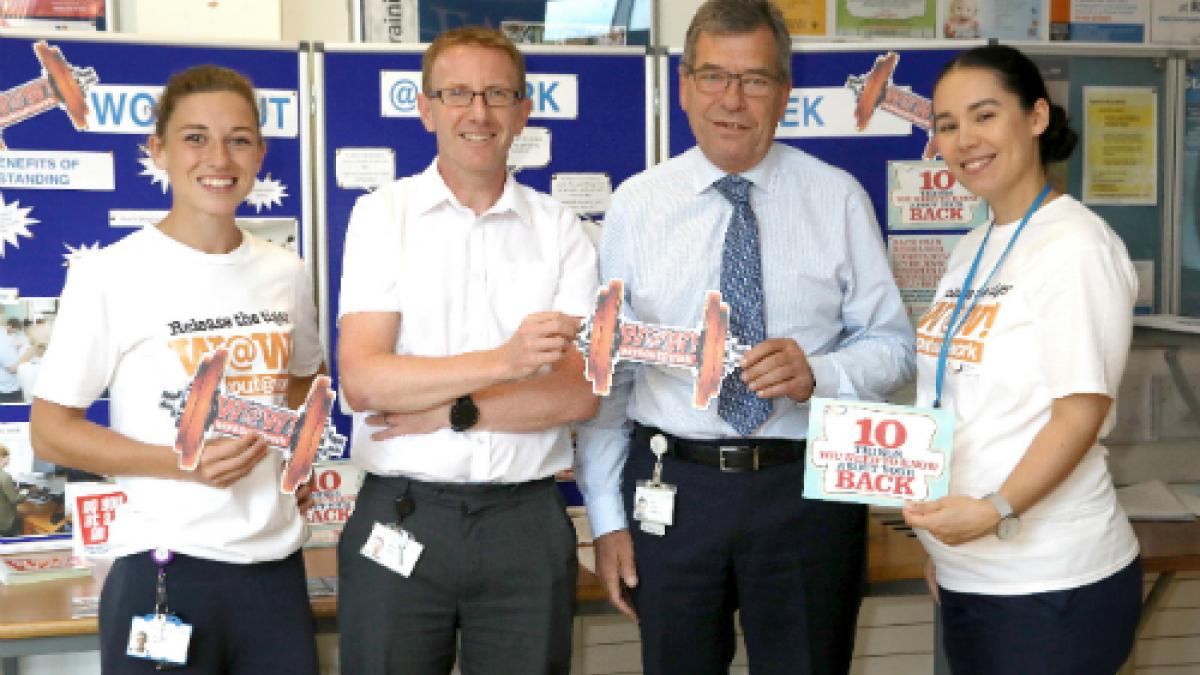 He explained that he had personal experience of the hospital’s self-referral service and had received treatment after using the scheme.

‘Physiotherapy for my back helped me to get back to normal life,’ he said.

Other hospital staff also spoke about using the service. They included Nicholas Price, a duathlon athlete and the trust’s human resources manager, who referred himself to physiotherapy after injuring his shoulder in a cycling accident last year.

Mr Price said: ‘The physiotherapy I received without a doubt helped me get back to work sooner than I thought and back to competing again, and I managed to successfully represent Great Britain at the European Duathlon Championships in April this year.

‘This would not have been possible without the encouragement and support from the physio – both physical and psychological support.’

The W@W event, which was organised by physiotherapist Llywela Watt, provided an opportunity to highlight the physiotherapy self-referral service, the benefits of physiotherapy and standing more during the working day.

Over the course of a week, physiotherapists spoke to staff at all three of the trust’s hospital sites: New Cross Hospital, West Park Rehabilitation Hospital and Cannock Chase Hospital.

Ms Watt said: ‘Research shows that alternating between standing and sitting every 30 minutes throughout the day reduces blood sugar spikes by 11 per cent and reduces lower back pain by more than 30 per cent.

‘And the CSP’s national W@W campaign is all about helping to improve people’s health and wellbeing at work and highlighting the role physiotherapists, as movement experts, play in encouraging more active lifestyles.’

Screensaver and sit to stand desk

During planning for the W@W event Ms Watt met with Dr Rosalind Leslie, head of therapies at the trust and specialist musculoskeletal physiotherapist Philip Smallman. They came up with the idea of developing a screensaver to promote the physiotherapy self-referral service, whcih would appear on staff computers during the campaign.

In addition, they used a sit to stand desk, loaned to the trust by the ergonomic product supplier Ergotron, to illustrate how people could stand more during the working day.

‘This relationship was established with Ergotron by Kirsty Kendrick, our specialist occupational health physiotherapist, after she attended the Health and Wellbeing at Work Conference 2016,’ said Ms Watt.

'A lot of members of staff were keen to trial the sit-to-stand desk in their working environment, following an occupational health physiotherapy assessment, and it attracted some interest from senior levels of management in the trust and I think some orders have been placed.’