Physiotherapists who provide excellent care to people with ankylosing spondylitis (AS), which affects about 200,000 people in the UK, have received awards from a national charity. 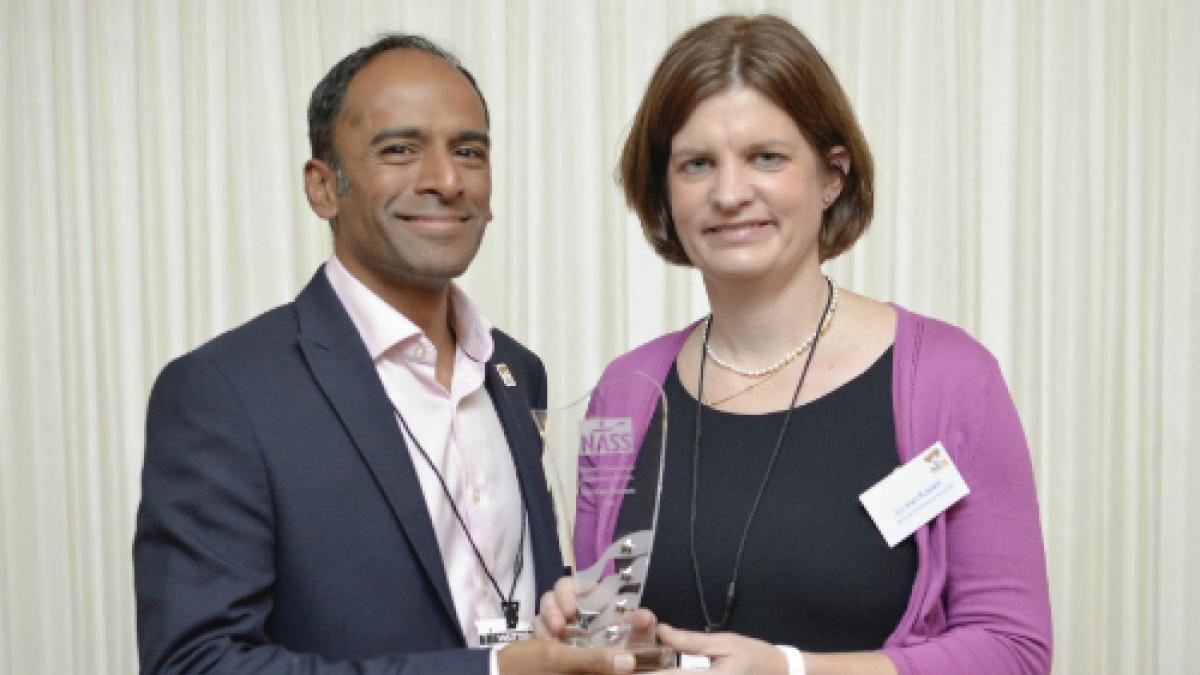 The awards, for health care professionals who went above and beyond the call of duty to help people with AS, were voted for in an online poll of patients by the National Ankylosing Spondylitis Society (NASS).

Claire Jeffries, physiotherapy and hydrotherapy manager at Solent NHS Trust, won the Best Care Provided by a Physiotherapist award. And the Queen Alexandra Hospital in Portsmouth, where Claire works, also won the award for Best AS Clinic.

The charity also recognised the work of the physiotherapists who lead its local branches, for offering ‘expert and affordable group physiotherapy sessions’.

The awards were presented in November at the Houses of Parliament, where the charity’s chief executive Debbie Cook praised the work of all the physiotherapy winners.

‘Regular exercise and physiotherapy is such an important part of treating and managing AS,’ she said.

‘So we were delighted to be able to recognise the work of so many physiotherapists at our awards ceremony.

‘The nominations received really showed how all of the winners had made a real difference to people’s lives – these awards are thoroughly deserved.’

AS is a life-long form of inflammatory arthritis which mainly affects the spine. Symptoms tend to appear first during late teens or early twenties.