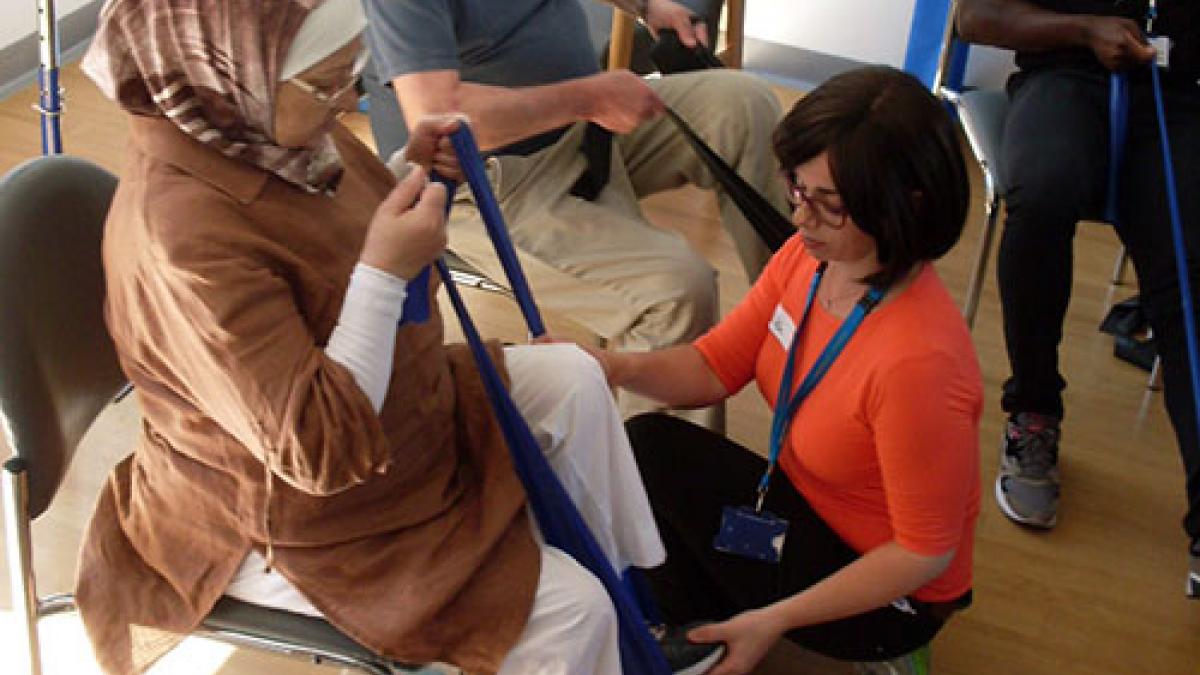 Judith Cohen, pictured in her clinic, said the Kensington and Chelsea falls service was an evidence-based programme

All participants were assessed before and after the trust’s 12-week rolling programme of falls groups, Mrs Cohen said.

At the end of the programme people had improved their balance by nearly seven points on the Berg Balance Scale. Timed Up and Go, a simple and reliable test of a person's risk of falls, showed an average improvement of nearly seven seconds across the group.

The Sit to Stand in 30 seconds test showed people achieved an average improvement of more than three repetitions of being able to sit to stand unaided from a low chair. And scores rose from an average of seven to 28 points on the Falls Efficacy Scale International, an assessment of the fear of falling.

The falls groups take place at two sites in the borough of Kensington and Chelsea. There are 10 people in each session, which are usually run by a physiotherapist, a rehabilitation assistant and an occupational therapist.

In addition to educating people about falls, the groups take people through a warm up, Theraband, circuit and balance exercises, and finish with a cool down.

‘We’re a very evidence-based programme, so we always adapt to what comes out of the latest research. If there is new evidence about improving functional activities, we embed it in our exercise regimes,’ said Mrs Cohen.

The groups made a real difference to peoples’ lives, she said. ‘We have one lady who has just finished the group and she is now able to get on and off a bus, which she was not able to do before coming to the group.

‘It’s very sociable too. We provide transport and we have people who would not normally be able to access social activities. This is the one opportunity in the week to socialise.’