Balance classes for a combination of inpatients and outpatients at South Bristol Community Hospital are improving the use of NHS resources, said physiotherapist Catherine Barr. 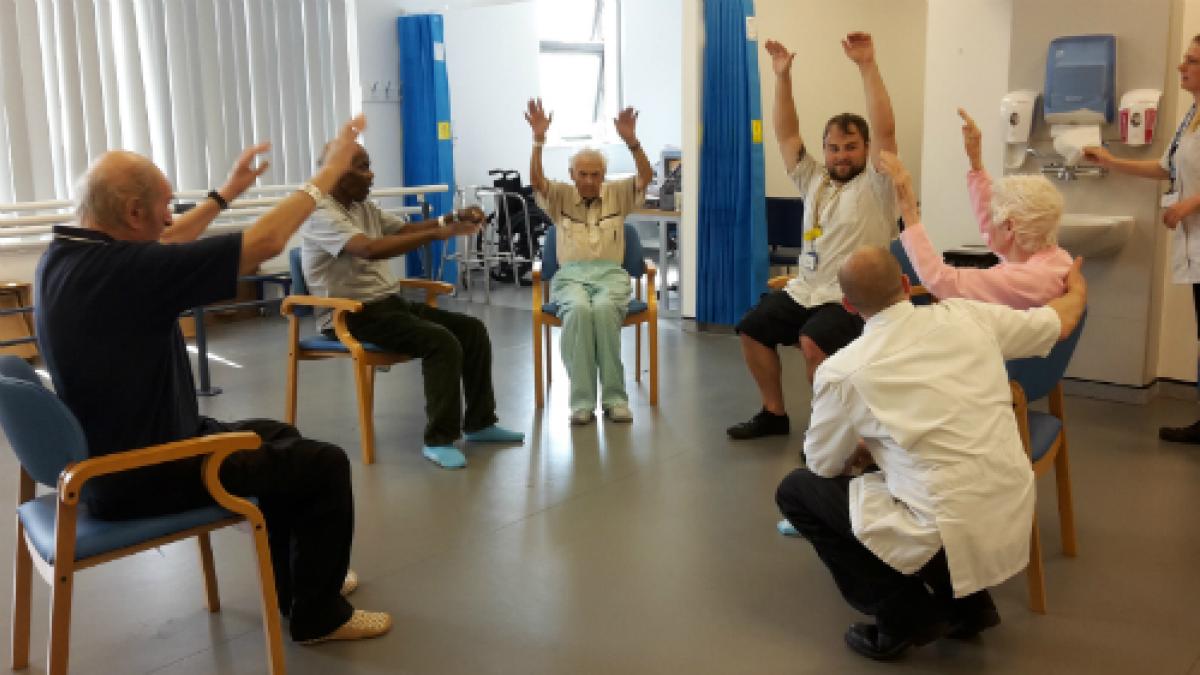 The weekly classes for groups of up to six older patients started in May 2016. Since then, an average of 4.6 patients have attended each class. The figure was a significant increase on the average of 2.6 patients who attended the sessions when they were open only to outpatients, Ms Barr, a band 7 physio who specialises in older people’s rehabilitation, told Frontline.

Ms Barr said that another significant benefit was better supervision. She is the only band 7 physiotherapist at the hospital and, before the combined classes, she worked exclusively in outpatients and had little contact with junior staff on the ward.

Delivering combined classes has meant that outpatient and inpatient physiotherapy staff work together and communicate more. The joint enterprise has resulted in weekly meetings between staff from the two areas of the hospital and created opportunities to discuss rehabilitation.

‘Supervision has gone from about two hours a month to eight hours a month,’ said Ms Barr. ‘The quality of the development of the staff, and the rehab of the patients on the ward, have improved.’

Another advantage is that, if inpatients who join the classes are referred to outpatients after discharge, the staff and the patients are familiar with each other. Ms Barr said this improved the patients’ understanding of their care pathway, as well as the physiotherapists’ awareness of patients’ needs.

Figures from the hospital show that patients participating in the classes have been 100 per cent positive about their experience, with many saying they enjoyed the sociability of exercising with other people.

‘For inpatients, seeing other people who have come from home doing the same exercises as them, seems to trigger the thought that they are not too far off getting back home themselves,’ said Ms Barr.

The classes are delivered in the hospital’s gym by Ms Barr, a band 6 physio from the ward and an outpatient physiotherapy technician. They run for an hour once a week in blocks of six. Every patient does a warm up, standing exercises and a cool down. But the bulk of every session is based on a circuit, and the staff tailor each station to meet the needs of individuals.

Following the success of the balance classes, inpatient physiotherapists and occupational therapists have developed a cognitive stimulation group, as Ms Barr explained: ‘There are different stations, including a balance station, a reminiscence station and an upper limb station where patients might play Connect4.

‘It is really popular and there are two classes back-to-back with eight patients at each station.’