Physiotherapists in Scotland are saving GPs’ time by seeing patients with common musculoskeletal conditions, delegates were told during a debate at the NHS Scotland conference in Glasgow on 14 June. 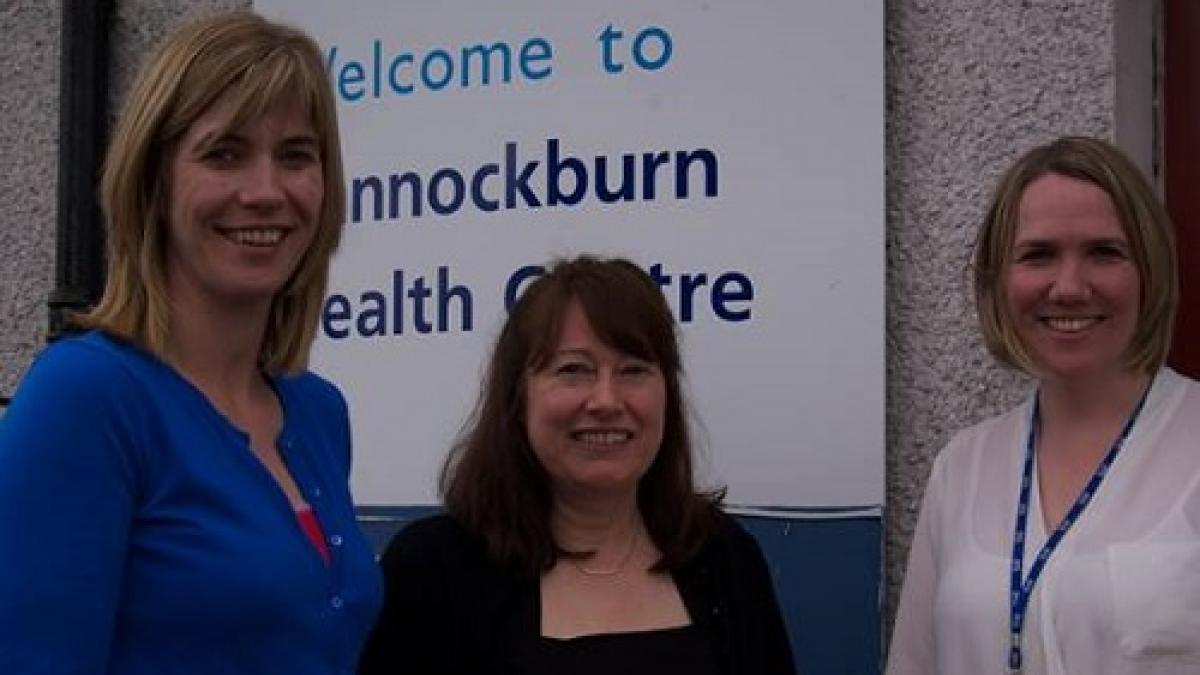 Physios Catherine McRitchie, Fiona Downie and Wendy Monteith have moved into primary settings in Stirling and Grangemouth, near Falkirk

Kenryck Lloyd-Jones, CSP policy manager for Scotland, said that about one GP appointment in three was for a common orthopaedic problem. Physios in surgeries were playing a growing role in treating patients with these conditions.

Speaking at the ‘improving primary care’ debate, trainee GP Katherina Tober said that a physiotherapy clinic had been running at her practice in Eyemouth, Berwickshire, for a year.

‘This saves us a lot of time. Now, if we have a patient who says they have a sore shoulder and we think may have tendinitis, we can refer them straight to the clinic where the physiotherapist can give them exercises.’

The physio might also give a steroid injection or refer the patient to orthopaedics, Dr Tober said.

Mr Lloyd-Jones gave another example of physios moving into primary care settings, which featured in a recent Frontline article.

Four physios (three of them are pictured above) are now working in two GP practices in Grangemouth, near Falkirk, and in Stirling. In one of them, GPs have increased their appointment times from 10 to 15 minutes as a result.

He added: ‘It's a no-brainer that this initiative works and can significantly free up GPs.’

‘The positive changes at the Bannockburn and Kersiebank practices have been achieved through the efforts of the whole team -- advance nurse practitioners, mental health nurses, pharmacists as well as ourselves, GPs and practice nurses.’

This article was amended on 29 June 2016 to include a comment from Wendy Monteith.