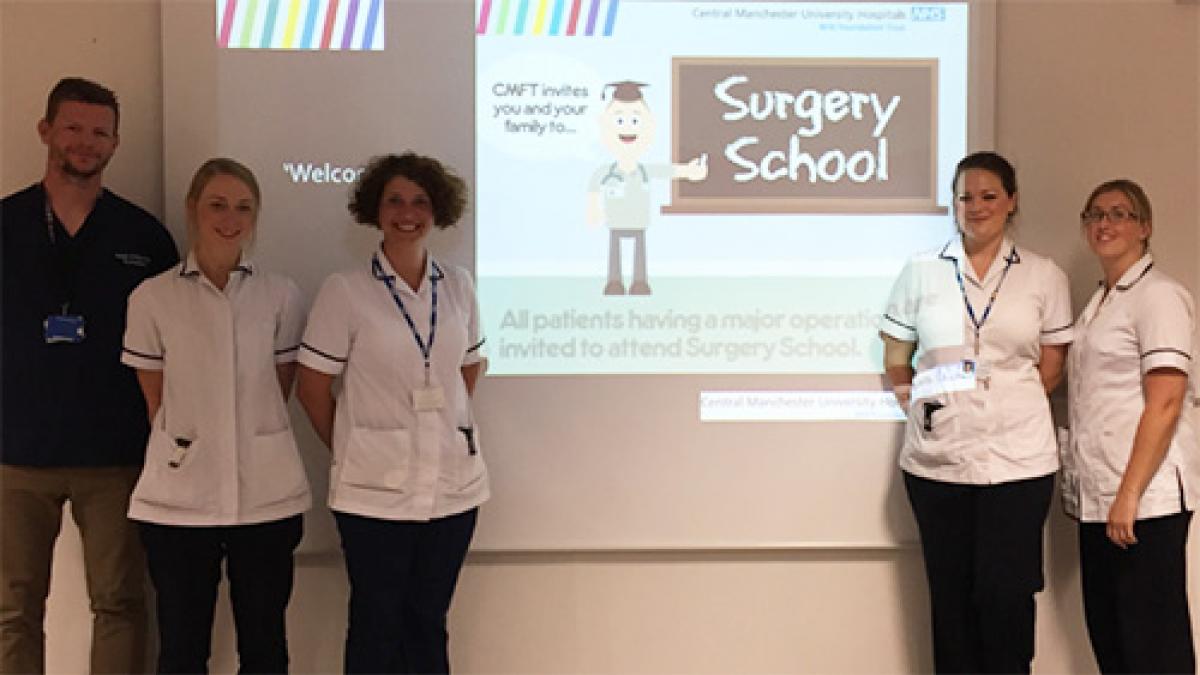 Known as ERAS+, the multidisciplinary patient education programme was introduced at Central Manchester University Hospitals NHS Trust in September 2014. It followed an audit during the previous year.

As a result, the existing patient education programme was revised. Additional measures to reduce the potential for post-operative pulmonary complications, such as pneumonia, were introduced.

Patients were given advice on early mobilisation, what to expect from surgery, as well as the use of incentive spirometers pre-operatively to encourage deep breathing techniques in preparation for post-op recovery. Patients were also encouraged to get themselves fit for surgery.

Typically, the advice was delivered during one-hour ‘surgery school’ sessions held from four to six weeks before surgery. These were run by doctors, senior nurses and physiotherapists from the critical care and surgery team.

‘The idea is to empower patients before and after surgery,’ said Lisa Kerigan, a specialist physio in critical care and surgery. ‘And the programme is producing statistically significant results.’

A re-audit of post-operative complications with this group of patients conducted from January to April 2015 found that the rate had dropped to 10.4 per cent. By January this year, however, it had fallen to just eight per cent.

‘This shows there has been a sustained reduction in post-operative pulmonary complications since we introduced improved patient education programme,’ Ms Kerigan said.

‘There also appears to have been a reduction in length of stays, although data on this is currently being collated.’

She added that a similar programme is planned for the general surgery wards.