CSP members were out in Worcester on 21 May to raise public awareness about proposed cuts to local NHS physiotherapy services. 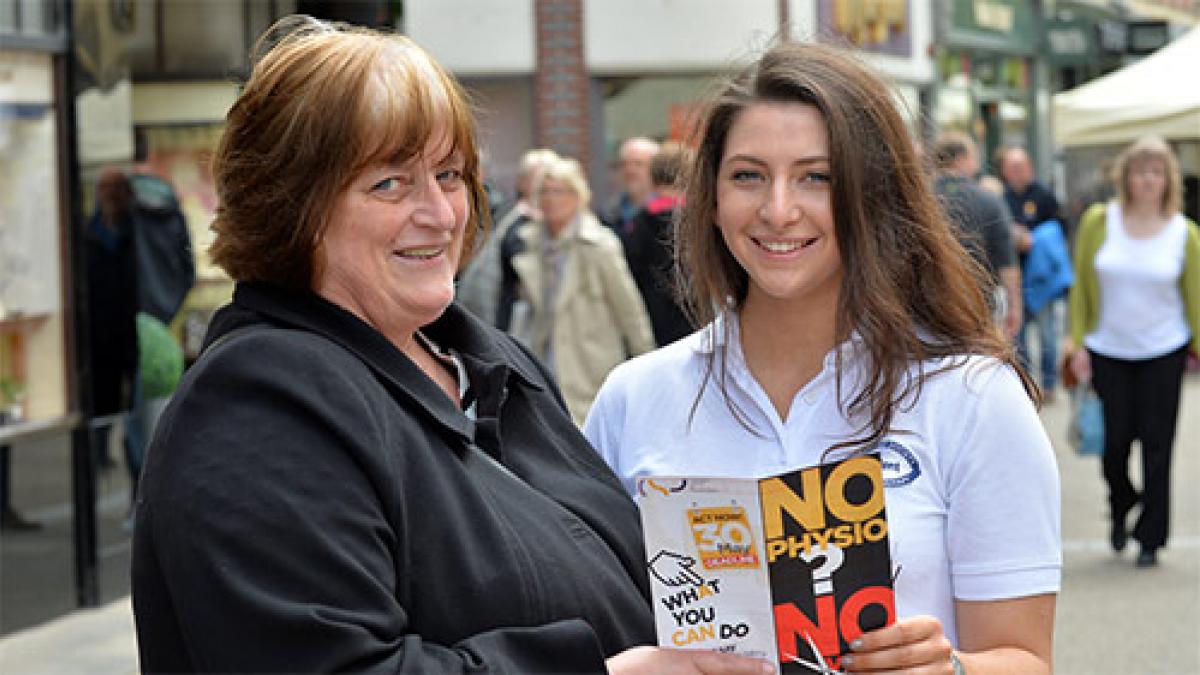 They were taking part in a day of action prompted by a survey, launched by three clinical commissioning groups (CCGs) in Worcestershire, asking local people whether access to physiotherapy for minor injuries – as well as other NHS services – should be restricted.

The CCGs have a combined budget in excess of £700 million, but they say that they face a budget shortfall of £25 million in 2016-17 alone.

The trio spend nearly £3 million a year on physiotherapy services. But they argue that, while much of this treatment helped people recover from serious conditions, some of it has been used for less serious conditions which often get better without treatment.

However, Gordon Smith, a senior physiotherapy lecturer at the University of Worcester who took part in the event at the weekend, said the survey was asking the wrong question about physiotherapy.

He said people should be asked about their support for self-referral to physiotherapy, because there is evidence to show this can free up time in GP surgeries and A&E departments.

‘You don’t need to cut money from a local budget to make savings, you just need to work in a different way, and in an evidence-based way,’ he told Frontline.

Mr Smith predicted that if the CCGs cut access to physiotherapy, many people would develop chronic problems which ultimately needed expensive investigations and specialist treatment.

Rebecca Dickson, a physio student at the city’s university, said the majority of the people she met on Saturday were unaware of the survey. ‘It’s important for us to speak out about this, because we are the future of the NHS,’ she said.

Physio student Lauren Taylor added: ‘The lack of interest that some people had about the cuts was really shocking. They did not seem to think it would affect them at all.’

In a letter to local residents, the CCGs said that no decisions have been made, but that it needed to reduce costs in some areas to be able to protect other ‘essential services’.

The survey was published at a time when NHS trusts in England have recorded record deficits. Data published by NHS Improvement on 20 May shows that hospitals overspent by £2.45 billion in the 2015-16 financial year, the biggest overspend in the history of the NHS. 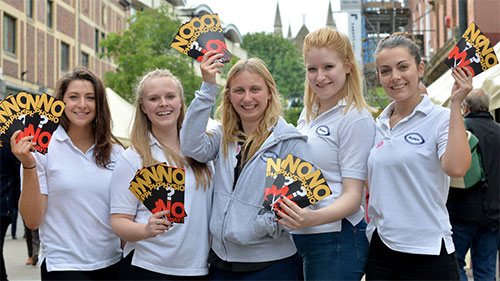