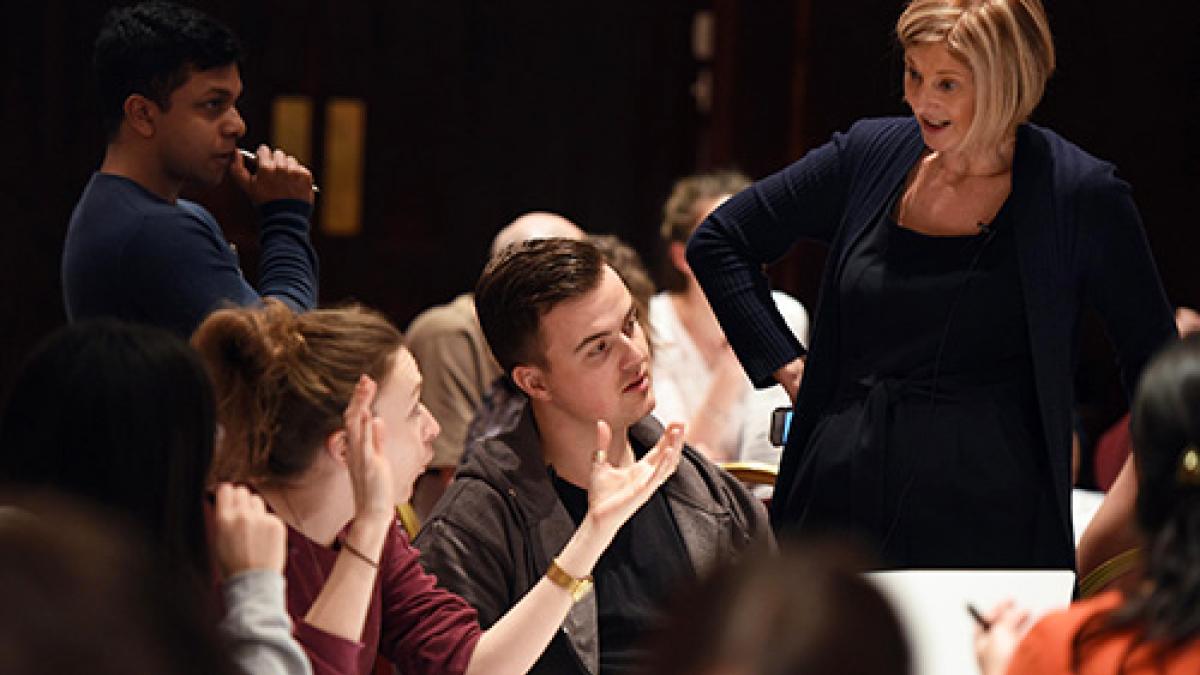 Read other stories from the conference

She was speaking on 7 February at the CSP student representatives development weekend. She told delegates that the Health and Care Professions Council’s updated code of conduct for physiotherapists promoted health and wellbeing as one of the standards it expects from the profession.

And there had been a policy shift towards prevention, as identified by NHS England’s Five Year Forward View.

Many student reps had already read the document but for those who had not, Ms Hindle said: ‘It’s setting the scene in terms of us being able to shift our focus.

‘Perhaps for commissioners to shift their focus in how they commission physio services, so they are asking that prevention and public health are part of that.’

Ms Hindle said she was delighted at the stream of talks and events devoted to public health at last October’s Physiotherapy UK event. This was an ‘incredible’ shift in a very short time period.

‘There was a little bit of caution within the CSP “have we done the right thing?”, “will people want to go to the public health stream?”. But it was so well attended and the feedback was fantastic.’

When she quizzed the students whether public health topics – including Making Every Contact Count, health inequalities and prevention – were on the curriculum, the response was overwhelming positive.

Feedback was more mixed when she asked whether the students felt they could put that into practice during placements, however.

Ms Hindle said that physiotherapy needed to shift the focus of outcome measures from individual patients to large populations.

‘One of the things that we need to do is to work with the Council for AHP Research to try and create more opportunities to look at the population impact (of physiotherapy).’