Pop star Kylie Minogue has sent a festive message of support to a physio-led team of four women who are rowing from America to Australia. 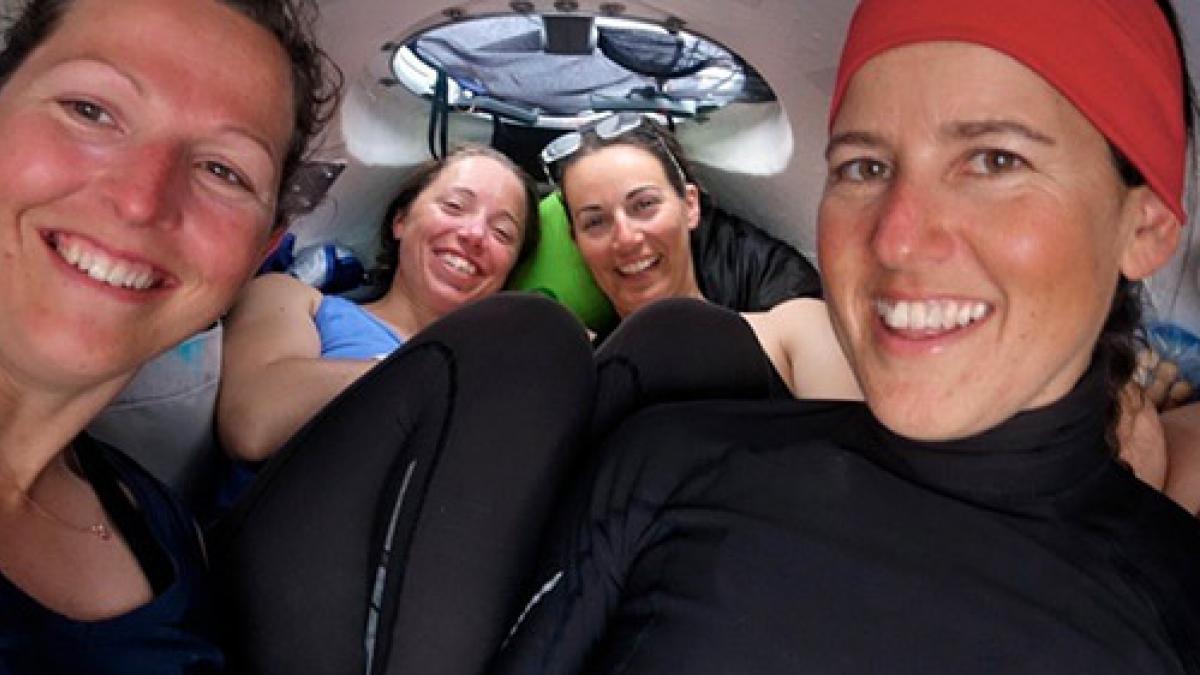 The crew will be spending Christmas and New Year at sea - photo © www.coxlesscrew.com

Laura Penhaul, lead physiotherapist for British Paralympics Athletics, is heading the team, known as the Coxless Crew, who have spent the last six months at sea. Their journey from San Francisco on the west coast of America began on 21 April.

They had hoped to complete the 8,466 mile journey by October, when they aimed to reach Cairns on the north east coast of Australia.

But due to severe weather conditions their journey has been delayed. As a result the crew will be spending Christmas and New Year at sea and are now expected to finish their voyage in early January.

If successful, they will become the first all-woman team to row across the Pacific Ocean. 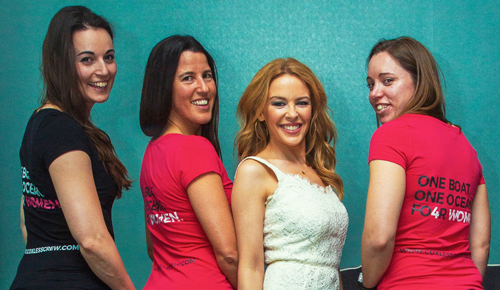 Laura Penhaul (left) and crew began in San Francisco, aiming to arrive in Cairns this October

In a video message sent to the crew Ms Minogue told the rowers that their challenge, which aims to raise money for two UK-based charities, was ‘just mind blowing’.

She said: ‘I know you’ve reached a particularly challenging point in your journey, so I want you to know – we want you to know – that we’re right behind you as are, most importantly, Breast Cancer Care and Walking With The Wounded. They appreciate every last drop of blood, sweat and tears you’re putting into this.

‘You won’t make it back for Christmas and New Year, but I’m sure everyone will save you presents.’

Watch the video: Kylie sends festive wishes to the team who are rowing in support of Breast Cancer Care and Walking With The Wounded

Walking With The Wounded