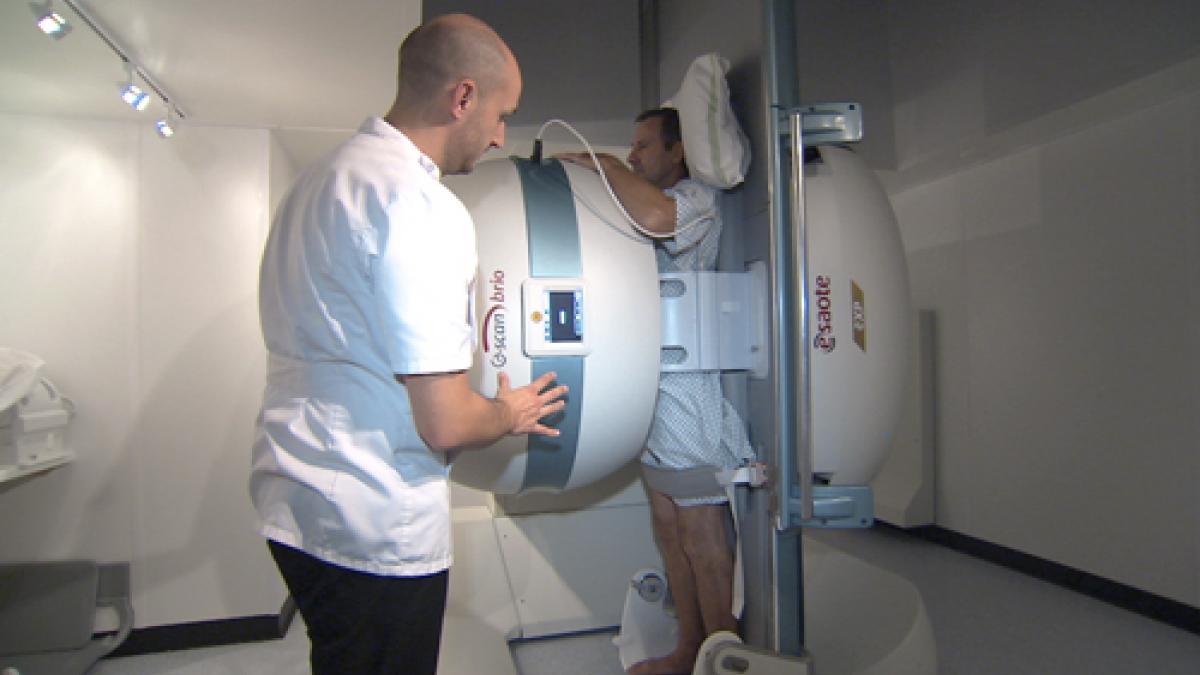 Glan Clwyd’s upright scanner is a first for the NHS

The advanced practitioner, who works in the spinal clinic at the major north-east Wales hospital, said: ‘When we scan patients standing upright in a load-bearing position, we may identify compressive findings that were not always evident in the supine scan.’

Since the scanner was installed at Glan Clwyd in March it has been used to triage patients with MSK problems for surgery or other treatments.

It was purchased through the Welsh government’s health technologies fund, created to improve the country’s health infrastructure and the provision of vital services.

John Manchester, lead radiographer at the hospital, said the G-scan had enabled his team to scan people who could not tolerate a conventional scanner. These included very young children, people with learning difficulties and those with claustrophobia.

‘You would never replace your main MRI scanner with one of these, because it’s an MSK-specific scanner,’ he said. ‘Especially with an ever-increasing orthopaedic caseload, it’s a good way of adding sessions for lumbar spine or cervical spine, for example.’

Mr Robinson said that a radiology department audit of the G-scan was under way to measure outcomes, but that he believed it had been a positive development.

‘Ultimately, we’re just trying to improve the quality of diagnosis and management of our patients, answer concerns about their symptoms and help them get on with their lives,’ he said.