Janet Wright looks at how iStep bridges the gap for children with cystic fibrosis, how physios take leadership roles and how specific treatments help back problems. 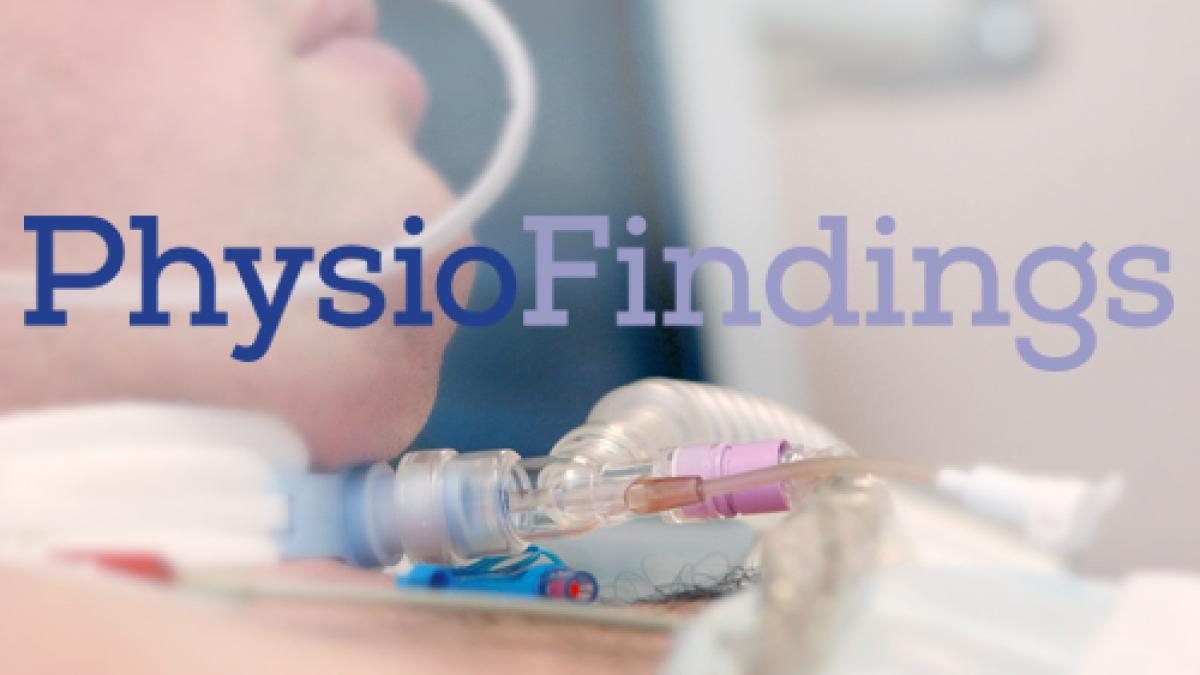 iStep bridges the gap for children with cystic fibrosis

International guidelines recommend an annual ‘gold standard’ cardio-pulmonary exercise test (CPET) for everyone with cystic fibrosis.
However, many parts of the world lack the specialist facilities for these. And adapted adult tests may not be sensitive enough to assess the progression of the lung disease in children.
‘There is a need for accurate and specific paediatric near-maximal field exercise tests,’ say the London-based researchers.
So they tested a new portable, easy-to-administer test specifically aimed at children with cystic fibrosis. A 10-minute test with incremental increases in speed after each two-minute interval, the iStep has standardised instructions in downloadable audio format.
The team got 12 boys and 12 girls to do both iStep and CPET tests on the same day. There was no significant difference between the results on any outcome except for respiratory exchange ratio.
The iStep ‘has the potential to be used at times when gold standard testing is not available … or as an interim measure of exercise performance,’ the authors conclude.
Rand S et al. New incremental field step-test (iStep) is valid and feasible in measuring near-maximal exercise performance in children with cystic fibrosis. Physiotherapy 2015.

Physiotherapists from around the world shared their expertise at the World Confederation for Physical Therapy congress in May, including the studies reported here.  All the papers have been published in a supplement to Physiotherapy journal here.  Their summaries can also be seen here where they are grouped by topic on a planner.

With 12,000 patients receiving tracheostomies in UK hospitals each year, physiotherapists are playing a key role in their care.
Researchers from the National Confidential Enquiry into Patient Outcome and Death (NCEPOD) and Barts Health NHS Trust sent questionnaires to 219 hospitals where patients had had a tube inserted into their throat to aid breathing.
‘Physiotherapists with specialist tracheostomy skills are available in more than half of UK hospitals surveyed and physiotherapists are active in leadership roles within multidisciplinary tracheostomy care,’ the authors report.
Physios attended 57 per cent of patients within the first 24 hours after the operation, visited 79.2 per cent of patients every day after that and carried out 20 per cent of all reported decannulations. In 24 hospitals the tracheostomy lead was a physio.
The survey found that 75 per cent of hospitals had a planned escalation policy if physios raised concerns about a patient. Most hospitals ran training programmes, but the team found that training records were poorly maintained.
‘The ability of the profession to maintain and enhance its position within acute tracheostomy management will be supported by the development of national physiotherapy competencies for tracheostomy care, which can be integrated into physiotherapy workforce development planning,’ say the researchers. Thomas AJ et al. On the right trach? The national confidential review of tracheostomy care in the United Kingdom, Physiotherapy 2015.

Specific treatment rather than advice helps back problems

Lower-back disorders can stem from many different causes and require different treatment. The Specific Treatment of Problems of the Spine (STOPS) trial divided them into five distinct subgroups and targeted each one with a specific treatment.
‘With multiple international guidelines recommending the provision of advice … the aim of the STOPS trials was to evaluate the effectiveness of specific physiotherapy treatment compared to evidence-based advice,’ say the authors, from the University of Melbourne.
Their volunteers were 153 men and 147 women who had had a back problem for six weeks to six months. They received either advice or 10 weeks of specific physiotherapy treatment targeted at their subgroup. They were followed up after 10 weeks, six months and a year. ‘Subgroup-specific physiotherapy was superior to guideline-recommended advice and demonstrated clinically important differences, with greater reductions in activity limitation across a 52-week follow-up period and earlier improvements in back and leg pain,’ say the authors. Chan A et al. One-year results of a randomized controlled trial comparing subgroup-specific physiotherapy against advice for people with low back disorders, Physiotherapy 2015.

Stroke rehab must be early and intensive, study shows

Most research into recovery from stroke covers the first six months, when patients often make progress. But researchers from four European countries found a very different scenario in the longer term.
Following up the Cerise project (Collaborative Evaluation of Rehabilitation in Stroke across Europe), the team looked at 532 patients in their 60s and 70s who had made significant improvements during the first six months. Assessed again five years after the stroke, the patients had dropped back to the level they achieved at two months.
The study underlines the importance of intensive rehab in the first weeks. Meyer S et al. Motor and functional outcome five years after stroke equals performance at two months: results from the Cerise follow-up study, Physiotherapy 2015.

What’s in it for you?

Ever found it hard to keep up with what’s in Frontline? You’ll be pleased to hear our articles are now available via RSS (really simple syndication) which means you can get a message fed to your email every time a new issue of Frontline comes out, listing the new feature articles and columns. To sign up, go to www.csp.org.uk/news-events/frontline-magazine/feed
To find out more about RSS see www.csp.org.uk/professional-union/library/setting-rss-feeds