Most physio staff now have the right to request flexible working. But could compressed hours or job-sharing be an option for you, asks Robert Millett. 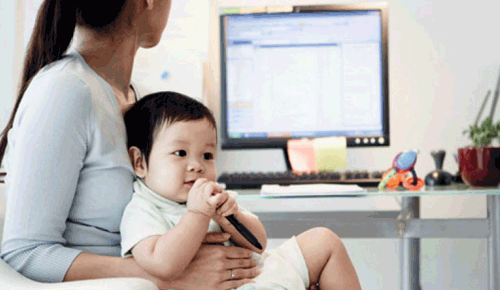 Did you know you are entitled to request a change to your working hours?
Recent legislative changes mean that all employees now have the right to ask their employers to consider flexible working arrangements.
Previously only parents and carers had this right. But since June last year anyone who has worked for their employer for 26 weeks is eligible to apply for flexible working. This can include asking to change the hours you work, the times you are required to work or requesting to work from home.
Saraka Keating, CSP national officer for equalities, says: ‘In principle, the extension of the right to request flexible working to all employees is a positive step.’ She adds that research shows that it makes good business sense to provide flexible working opportunities to staff.
A study conducted by the Chartered Institute of Personnel and Development (CIPD) revealed that flexible working can have significant business benefits, as well as improving employees’ work-life balance. The CIPD’s 2012 Flexible working provision and uptake survey found that more than 70 per cent of respondents, consisting of both employers and employees, believed that flexible working had a positive effect on recruitment. The same level of respondents also reported that flexible working led to higher levels of employee motivation.
These findings are backed up by research by the forecaster Centre for Economic and Business Research and Citrix. In 2014 they surveyed almost 1,300 employees in the UK, in order to investigate the potential economic impact of a more widespread flexible working culture. The results showed that flexible working arrangements, such as job-sharing or working remotely, could encourage people to work more.
The study found that 68 per cent of unemployed or economically inactive people thought flexible working would be an incentive for them to start working. Meanwhile, 60 per cent of part-time workers said they would be more likely to work further hours if they could work remotely.

Staff returning from maternity or adoption leave have traditionally benefited from flexible working arrangements. But Ms Keating says there is anecdotal evidence that CSP members are facing increasing difficulties when they request a change in hours after returning to work.
‘A frequently heard argument is that if a staff member returns for less than half time hours, the remainder of the post could be lost,’ says Ms Keating. ‘In this context, job- sharing can be a particularly helpful way of dealing with a situation where there may be several members of staff needing part-time hours for childcare reasons.’
Ms Keating adds that the NHS Terms and conditions handbook, which provides guidance to employers, clearly states that: ‘If at the end of maternity leave the employee wishes to return to work on different hours, the NHS employer has a duty to facilitate this wherever possible.’

Under the new regulations employers are required to consider all requests ‘reasonably’. This means they must weigh up the benefits for the employee and the organisation against any adverse business impacts. If a request is refused the Advisory, Conciliation and Arbitration Service advises that employers should allow employees a right to appeal.
In addition, employers must conclude the process of considering a flexible working request within three months of receiving the application. However, many local policies will have shorter time-frames. Ms Keating says that members who are not happy with the way their requests have been dealt with should speak to their CSP steward or senior negotiating officer and consider making a formal complaint through their employer’s grievance procedure.
And, if an employer does not follow the correct procedure or time limit, employees are entitled to make a complaint in a tribunal within three months of the day that they fail to comply.

Gemma Pope is a band 6 rotational physiotherapist at South Warwickshire NHS trust. She has been in a job-share since returning to work after her son was born in 2012.
When she was due to return, Mrs Pope spoke to her reps about working three days on a part-time basis: ‘They agreed that I was unlikely to be allowed but said it was worth asking.
‘So I spoke to another colleague who was also on maternity leave, to find out if she would be prepared to job-share with me,’ Ms Pope recalls. ‘She was also hoping for three days but agreed that two and a half days would be a preferable second choice.’   The pair met their manager and asked a CSP rep to accompany them. ‘Though our manager said no to the three days each, the job-share was agreed as long as the full 37.5 hours were covered.’
The pair covered different days, with a brief crossover period that allowed for a handover.
‘Initially it was a little difficult, but once we got into the swing of things it worked pretty well,’ says Mrs Pope, who is now based in a neuro-outpatients setting with a new job-share partner.
Michelle Greening, head of physio and professional lead for the trust, said: ‘Allowing staff to return to work as a job share after maternity leave means we retain staff who we have invested in. It seems to work well as the staff are happy and better motivated to work.’