Dyslexia: the one in 10 condition 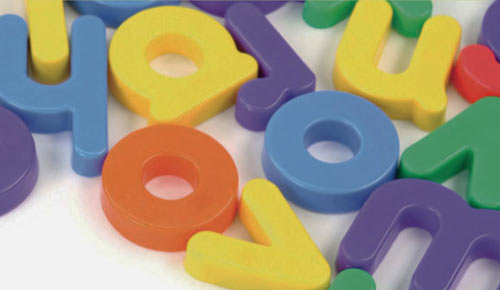 Physiotherapy students with dyslexia can benefit from support and guidance, detailed below

The British Dyslexia Association estimates that one person in 10 in the  UK has dyslexia, and that one in 25 is severely affected. Despite its prevalence, many people know little about dyslexia and some live with it, never realising they have the condition.

Physiotherapy student Luke Rockett was nearing the end of his first year at Bournemouth University when he discovered he was affected. ‘I didn’t do very well in my written exams,’ he says, ‘and when I was on placement it came across that my writing and reading was slower in comparison to other people.’

Like many people with dyslexia, Mr Rockett has some obvious talents. As well as being chair of the CSP’s student executive committee (SEC) he is also a member of the society’s communications and marketing group. And before starting his physiotherapy degree he had already graduated in physical education. But, despite these achievements, he still found himself having difficulties with his physiotherapy studies.

‘The background reading was a real struggle and, obviously, there are a lot of new words and terms to learn,’ he says. ‘But even when I was doing my practical work I often couldn’t articulate my understanding of things.’

As a result, he underwent an assessment for assisted learning needs. The process was conducted by an educational psychologist and took place over several weeks. It involved a series of tests that included timed reading and writing trials, word organisation tasks and various puzzles. The psychologist also encouraged Mr Rockett to discuss his past academic experiences. ‘During my previous degree and my A-levels I was often accused of being lazy, because I couldn’t get all the work done and there was stuff I really struggled with,’ says Mr Rockett. ‘It made me anxious about handing in pieces of work because I knew they contained mistakes, but I couldn’t do much about it.’

It was only once the assessment was completed that the reason for his ongoing academic difficulties became apparent. The results revealed that Mr Rockett had severe dyslexia. ‘I was absolutely shocked,’ he says. ‘I was upset, because I thought, “Maybe I could have done better in all my previous studies”. I had gone all through my GCSEs, A-levels and a degree without knowing, and without getting the help that I probably could have used.’

Most universities provide a disability support service and offer students with dyslexia a specialised personal tutor and ongoing support. After his diagnosis, Mr Rockett sought advice from the assisted learning support system at Bournemouth University. He learned he was eligible to apply to the Disabled Students’ Allowances (DSA) scheme. The UK-wide funding system provides disabled students with grants, allowing them to obtain tools that help them to study on an equal basis with other students. Mr Rockett received help to fill in the relevant application forms and applied for a grant to buy assistive technology.

‘I received a laptop and a Dictaphone and a lot of custom software,’ he says. ‘So now I have a program that converts text to speech. I find it helpful to have my essays read back, as I can hear if they make sense or not. I can also record lectures and the conversations I have with educators, and that helps too.’

Mr Rockett also received ongoing support from a dyslexia tutor and discovered different ways of approaching his studies. ‘When you are at university there is this idea that you have to look deeply into your textbooks,’ says Mr Rockett. ‘But sometimes it’s nice to take a step back and look at things through a different medium such as online videos where people talk about exercises or pathologies.’

CSP guidance states that universities should attempt to make reasonable adjustments to the ways in which their standards of competency are assessed or performed by students who are disabled or have dyslexia. This is particularly relevant in relation to examinations, which can be adapted to give students with dyslexia a fairer assessment of their skills and knowledge.

‘There are loads of different types of dyslexia – but with mine I need more time in exams,’ says Mr Rockett. ‘So, in a written exam I might work on a computer instead of on paper, or I might be given 10 per cent extra time.’

Earlier this year Emma Hughes, a former SEC chair, spoke about dyslexia at the CSP’s annual representative conference in Cardiff. She backed a motion calling for the society to provide more guidance for students with disabilities and said there was a pressing need for support and advice on disability issues for students, academics and clinical educators.

The issues raised by the motion were of particular relevance because of the recent closure of the Allied Health Professions Support Service (AHPSS) at the University of East London. The 21-year-old unit provided guidance and support to a range of disabled physiotherapy students until it closed in 2013, due to a lack of funding.

Karen Atkinson, chair of the CSP equality and diversity group, previously worked as the AHPSS resource centre manager. She is also co-author of the society’s guidance document, ‘Into Physiotherapy: welcoming and supporting disabled students’, which aims to provide guidance to educators on developing inclusive policies and procedures for people with disabilities.

Ms Atkinson says there is a lot of misunderstanding about dyslexia, simply because it affects everyone differently. ‘There are some things that are quite common like issues with the speed of reading and writing and organisational skills, but each person is affected to a different extent and manages it in a different way,’ she says.

Ms Hughes agrees. She has recently graduated from Teesside University with a first class physiotherapy degree, despite having dyslexia.

She says the support her university provided was excellent and she valued having a specialist dyslexia tutor assigned to her. ‘It took me a bit longer to read and write up notes, but I came up with different ways of working,’ says Ms Hughes.

‘I visited my specialist tutor every week, and we talked and went through my work; proofing essays for basic grammar. She gave me some fantastic plans about time keeping. And for me I think being organised was the key – as that’s what kept me going through my degree.’

She says most students find clinical placements stressful, but students with dyslexia can feel even more overwhelmed. ‘Some dyslexic students are very well prepared and know what strategies to use and what will be helpful,’ she says. ‘But others, particularly those that have just been diagnosed, find it much more difficult. They are only just getting to grips with managing what they need to do at university, and then they find themselves thrown in to a whole new environment, in a clinical setting which has
its own pressures.’

And the situation can be made even worse when students fail to disclose their condition before they go on placement. ‘My first placement went badly because my educators didn’t know I was dyslexic,’ says Mr Rockett. ‘So I think you should let your educators know. There is no point going on a placement and trying to hide something like this. People aren’t going to look down on you about it.’

Ms Atkinson’s research shows that clinical educators often cite a lack of communication as a major problem when it comes to supporting disabled students. ‘They may get a student on placement and suspect that there is something going on, but the student hasn’t said anything and the university hasn’t told them,’ she says. ‘If a student does disclose then the academic team, the student and the clinical educator all need to communicate so that they can try and get support put in place prior to a placement starting.’

CSP guidance suggests it is beneficial for students with dyslexia to disclose the information to their academic staff and clinical educators. And while disclosure of a disability is not mandatory, it is necessary for students who want to apply for a disabled students’ allowance.

‘People are often wary of disclosing, because they think they might be looked at in a different way or they might be marked down,’ says Ms Atkinson. ‘But universities can help by getting dyslexic students to think about their strengths, about what they can do well and what things they might need to help them perform to their highest levels.’

The CSP has pledged to produce additional guidance to support disabled students, and plans to review its existing guidance in 2015. fl

View from last year’s CSP student rep of the year

Rhys Hughes, won the CSP’s student rep of the year award in 2013 in recognition of his work at Cardiff University. As part of his role he helped a number of students with dyslexia who felt they faced a dilemma about whether to disclose their condition.

Mr Hughes advises students who may be having similar issues to come forward to discuss their concerns. ‘Most universities have facilities in place to help dyslexic students,’ he says. ‘So don’t worry and don’t be afraid to disclose, because there are plenty of services that can help and lots of people out there you can talk to.’

The CSP disabled members network is hosting a meeting titled ‘Dealing with Dyslexia’. It will take place at the CSP headquarters on 26 November.

Guest speakers will include representatives from the British Dyslexia Association and the Transport and Salaried Staffs Association.  Emma Hughes will be sharing her experiences of being a physiotherapy student with dyslexia and Karen Atkinson will speak about her research into physiotherapy clinical educators’ experiences of supporting disabled students. There will also be opportunities for discussion in small groups.

Saraka Keating, CSP national officer for equalities, says: ‘This will be a groundbreaking and exciting meeting that brings together members who have direct experience of dealing with dyslexia both as students and as clinicians, along with clinical educators, admissions tutors, stewards and managers. This kind of collective conversation on such an important issue is long overdue.’

CSP members can register by logging on to iCSP, or by emailing: feldmang@csp.org.uk or phoning Gill Feldman on 020 7306 6682.

There are many definitions of dyslexia, but it is often described as a difficulty in processing information, especially written and spoken language. It is identified as a specific learning difficulty, and classed as a form of neurodiversity. It is not linked to intelligence and many successful people from a wide range of occupations have dyslexia.

People with dyslexia are often slow readers and writers, and find these tasks tiring. Other possible signs include confusing left and right, misinterpreting questions, finding instructions difficult to follow, jumbling or reversing letters, a short attention span, forgetfulness and tiredness or stress.

People with dyslexia are often very talented and have great strengths. These can include impressive practical skills, a capacity for creative thinking, a flair for speaking, a good ability to visualise and good analytical and problem-solving skills.