Physiotherapy staff still have time to volunteer as ‘superhero sidekicks’ at a unique sports event, where people with disabilities compete alongside Paralympians. 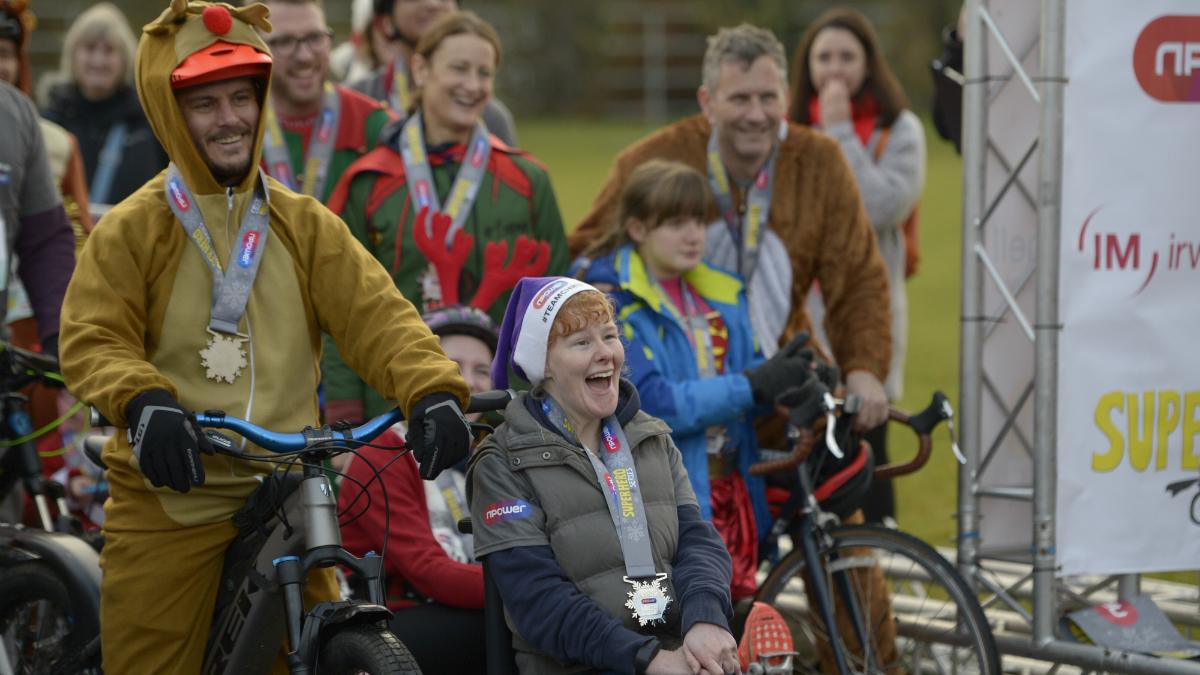 The Superhero Tri 2018 is due to take place around Lake Dorney near Windsor on 18 August.

It will be the third event organised by the Superhero Series, an organisation that aims to create fun sporting events for people with disabilities, which have no cut-off times or equipment restrictions.

The event features 1km, 5km and 10km triathlon challenges and is open to ‘everyday superheroes’  -  people with disabilities and their families -  who could either cycle, walk, run, push or be pushed around the course.

Danielle Ramsey, a senior physiotherapy lecturer at the University of Hertfordshire, volunteered as a ‘superhero sidekick’ at the series last event in December, along with more than 30 of her undergraduate physiotherapy students.

She told Frontline: ‘Many of our students have signed up again, so we hope to have another large group of volunteers at the event.

‘It’s going to be an even bigger event with approximately 750-1000 participants, and will also be broadcast on Channel Four, I would encourage anyone with an interest in disability sport, inclusion and participation to sign up as a volunteer, tell your patients about it, or go along to cheer the participants around, it’s a fantastic day’.

She added that the event organisers are still looking for approximately 80 volunteers.