Forces veterans in Scotland competed in a range of sports activities, including javelin throwing, an indoor version of curling and cycling on static bikes, to mark Older People’s Day on 1 October. 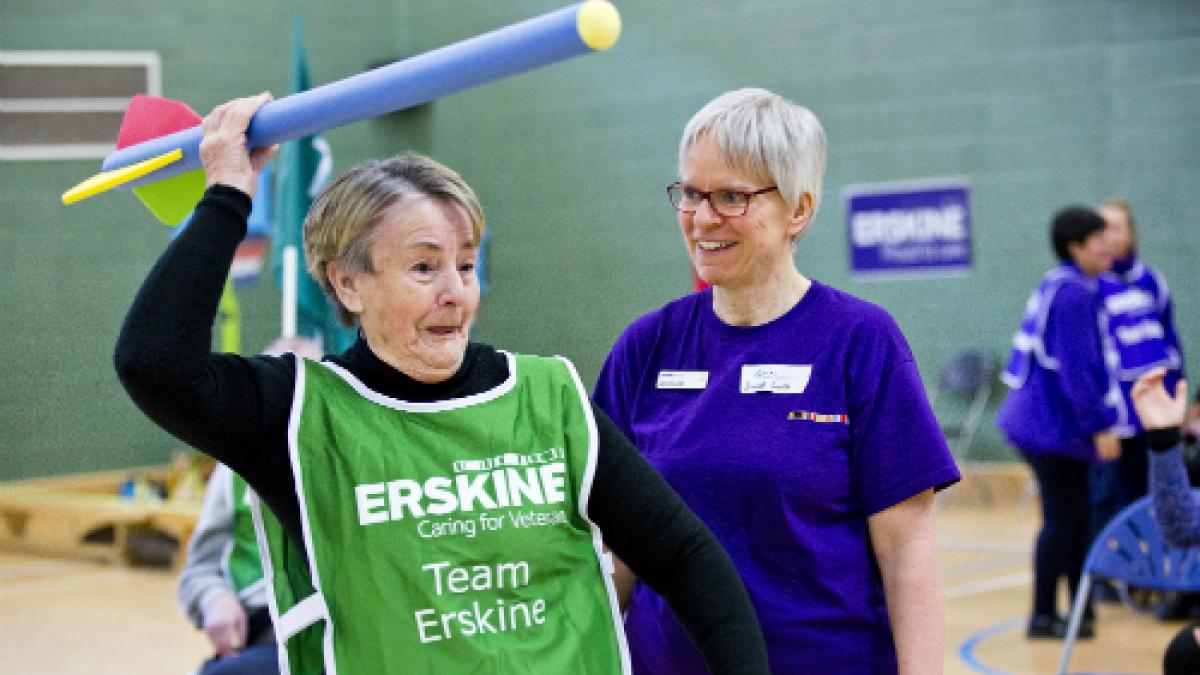 The competitors live in one of the four Erskine veterans’ care homes across Scotland, and Heathfield Nursing Care Home in Ayrshire.

Erskine’s head physiotherapist Janet Leith said: ‘All our residents who braved it through the dreadful weather on the day took part in a fantastic day of sporting endeavour.

‘The training paid off, especially for Erskine Park Home who won the John Bowman Memorial Trophy. John was an inspirational Erskine resident who passed away last year aged 99.

The event, which took place at Park Mains High School in Erskine on 1 October, was organised in partnership with Glasgow Caledonian University. Most of those helping on the day were students from the university.