It’s not too late: get your flu jab

With many NHS staff unvaccinated against flu, Natalie Beswetherick, the CSP’s director of practice and development, asked: ‘I have had my flu jab. Have you?’ 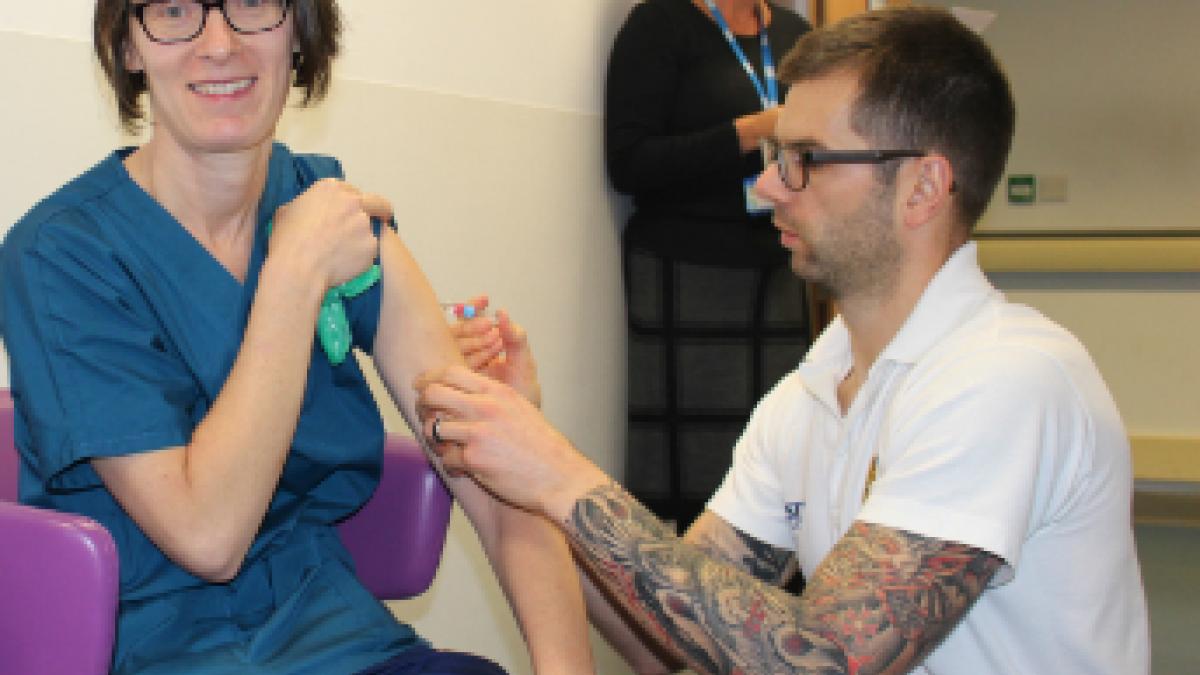 She also gave a stark seasonal warning: ‘With NHS resources overstretched, an increase in sickness because of flu could be devastating.’

Last winter, about 40 per cent of frontline healthcare workers did not get a flu vaccine, said NHS Employers. The figure was an improvement on the previous year, when about 50 per cent of staff were unvaccinated.

This October NHS England wrote to all 1.4 million NHS staff, reminding them of their professional duty to protect patients by being vaccinated.

It said that many people with flu show no symptoms, meaning healthcare workers who feel fit and healthy can unwittingly infect vulnerable patients.

Ms Beswetherick said she had significant concerns that Australia’s flu crisis could be heading over to the UK. The Guardian reported that Australia had endured one of its worst flu seasons in more than a decade. At least 170,000 flu cases had been confirmed this season, almost two-and-a-half times more than in 2016.

There is positive news from the north of England, however. At East Lancashire Hospitals NHS Trust where 70 per cent of staff have been vaccinated so far, physiotherapist Stuart Barker is helping to reach the 100 per cent target.

Mr Barker is occupational health therapy team leader at the trust and this year – for the first time – he has been vaccinating his colleagues.

Sickness absences among the nurses – who usually vaccinate staff – left the trust short of people to do this, and Mr Barker stepped in.

‘It’s been good to be involved in a project that’s vital to keeping our trust staff healthy through the winter,’ he said. ‘From a physio point of view, it shows that our profession can be involved in a broad range of treatments.’

To allow him to vaccinate staff, his manager and the pharmacy department collaborated to draw up a local patient group directive. This was agreed by the trust’s board.

Mr Barker explained that the directive allows the administration of medications to groups of people, without the need for individual prescriptions.

Another reason he was able to step in was that, last year, he completed a prescribing course: ‘The plan is for me to prescribe occupational health-related vaccines, for hepatitis B, MMR and varicella.’

But for all NHS staff, Ms Beswetherick’s firm message is: ‘I urge anyone working in the NHS to get vaccinated.

‘It’s important to protect yourself, your family and the patients that you care for.’