Physio teaches community how to use lifesaving defibrillator

A physiotherapist is teaching people how to use a heart defibrillator that is being kept outside a village pub in Greater Manchester. 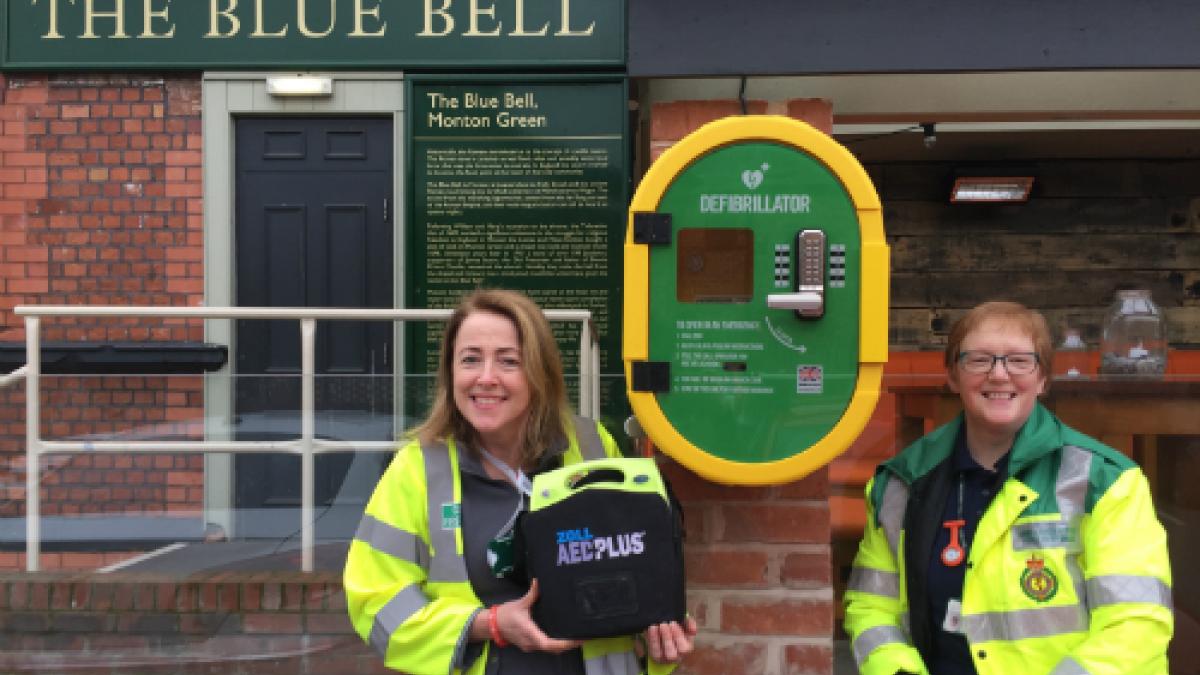 Physio Elizabeth Yeates, left, and Elizabeth Charnley, who are both community first responders for the North West Ambulance Service

Elizabeth Yeates, a volunteer community first responder for the North West Ambulance Service, is providing the training after an automated external defibrillator (AED) was fitted to the front of the Bluebell pub in Monton, Eccles.

She told Frontline: ‘The aim of the project is to show everyone how to recognise a cardiac arrest and how easy it is to save someone's life with an AED.

‘My husband survived a cardiac arrest three years ago, because as a physio I was well trained in basic life support. But less than 10 per cent of victims of out of hospital cardiac arrest currently survive to discharge and those statistics horrified me!’

The free training sessions, which cover cardiopulmonary resuscitation (CPR) and the use of the AED, are held every month and are open to up to 20 people.

‘And we have extra trainers available if necessary,’ said Mrs Yeates.

The initiative was co-funded by UK charity the British Heart Foundation (BHF) and Monton Village Community Association, which donated over £600 towards the project.

Sara Askew, head of survival at the BHF, said: ‘In the UK more than 30,000 people suffer a cardiac arrest outside of hospital every year but less than one in ten survive.

‘More lives could be saved if more defibrillators were available in public places and if more people felt confident using them and performing CPR.’

To date BHF have helped place over 14,000 defibrillators in communities around the UK. The charity asks for a contribution of £400 towards each defibrillator.