Physiotherapists in East Sussex are collecting crutches that patients no longer need and sending them to an underequipped hospital in East Africa. 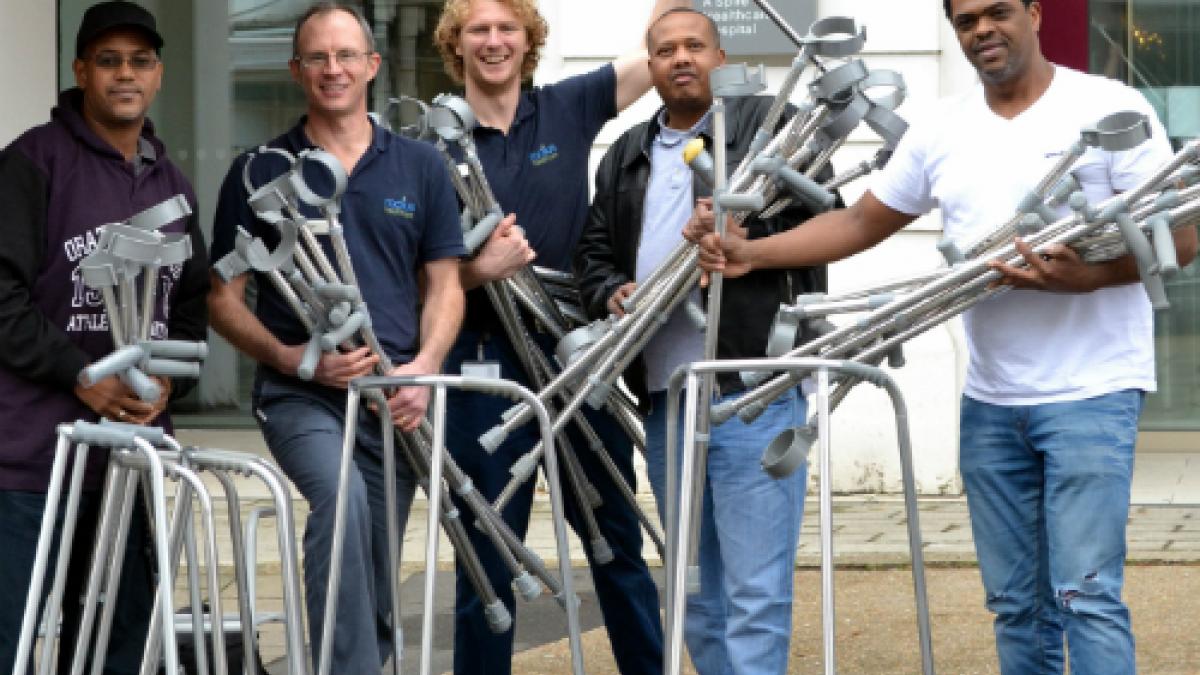 Staff at Montefiore Hospital, part of the Spire Healthcare group, have collected more than 750 unwanted crutches over the last six months.

The walking aids will be sent to a hospital in Hargeisa, the capital of the Republic of Somaliland. Injured patients, including some who have been wounded in the country’s civil war, will reuse them.

Gary Nicholson, a physio for private provider Radius Healthcare which collaborates with the Montefiore Hospital, said that some NHS trusts have strict health and safety rules which forbid used crutches from being passed on to other patients in the UK.

‘Our patients leave crutches with us once they no longer have use for them, but we felt terrible just throwing them away,’ said Mr Nicholson.

‘We made contact with a small charity called African Appeal that is now taking our crutches to Somaliland, which is great news for the patients there.’

The Africa Appeal initiative was set up by Bristol-based postman Nasser Soufi and his colleagues. He said: ‘There is a huge demand for this equipment in the main hospital in Hargeysa.’

The Montefiore team and its African Appeal partners are checking all the crutches donated by patients to ensure they are in good working condition, before they are transported 7,064 miles to the Hargeysa hospital.

The CSP professional network Chartered Physiotherapists in International Health and Development (ADAPT) has produced a summary document on the pros and cons of sending equipment oveseas.