Improving and increasing public engagement was a high priority and trend for students who competed in regional teams in a Dragons' Den-style challenge, the Big Idea. 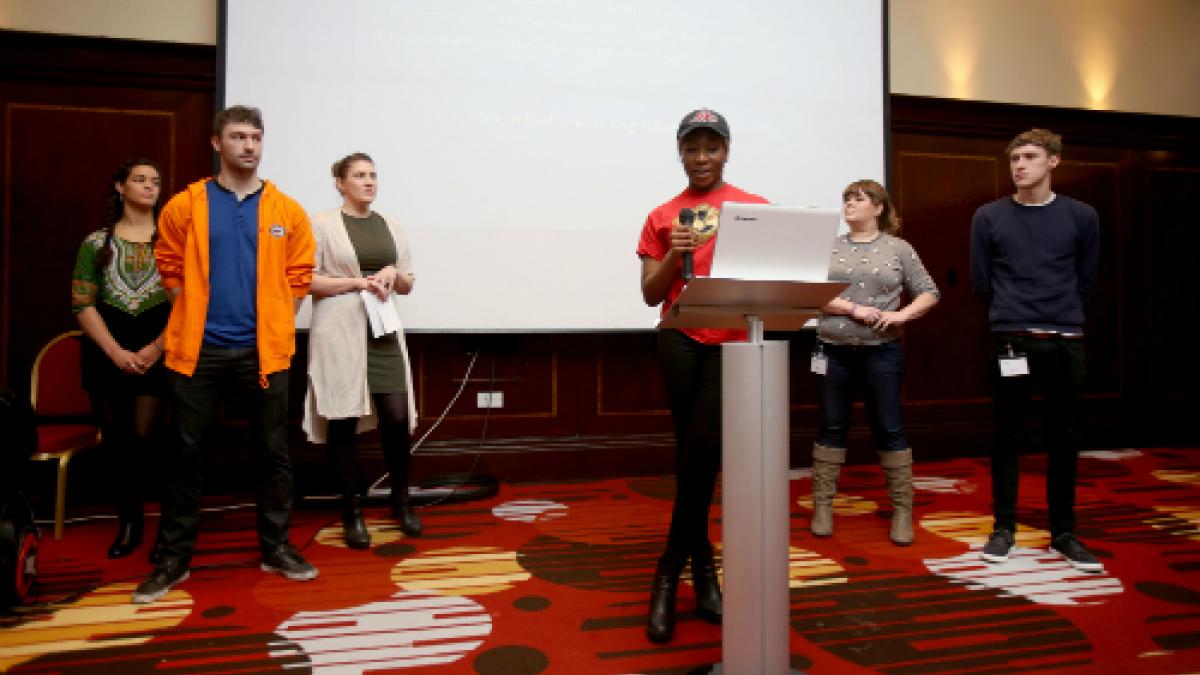 The reps were given the brief to design a service improvement or even the student rep structure, basing it on what they think the priorities should be for the CSP and profession.

Their peers awarded the Big Idea title to the north west region for a phone app PT.APP, which would reward patients with points when they exercise. An avatar could host a programme of exercises designed by the physiotherapist for the individual and they would be prompted through the app, linked to a calendar.

‘Patients would get rewards like in a Pokémon game and multipliers and points lead to the next physio appointment and perhaps access to a gym,’ the pitch revealed. ‘The average cost of a physio appointment is £32 an hour and the app will decrease the number of missed appointments. It could be linked to pathology, exercise notes and medical records. PT.APP is promoting and prompting performance; proving physio works.’

Runners-up the north east team focused on public awareness with a campaign to broadcast what a physiotherapist does by building on the CSP’s Physiotherapy Works campaign. They argued poor public perception leads to inappropriate referrals and a lack of knowledge of what is available. The campaign would educate the public and NHS professionals and through phone videos shared in social media to schools, colleges, leisure centres and spas.

The Midlands team’s public awareness social media campaign, #physiois, echoed this theme, south Wales and west region urged the population to Make a Move with a rubber chicken exercise, the south east suggested student physiotherapists linked up with other student cohorts such as nursing, medicine and podiatry for awareness-raising workshops and Scotland and Northern Ireland pitched the idea of using student volunteer placements to target obese children in schools to incorporate exercise into their day.