MPs have heard there is an urgent need for improvements in stroke care in England after speaking with physiotherapists, stroke survivors and other medical professionals. 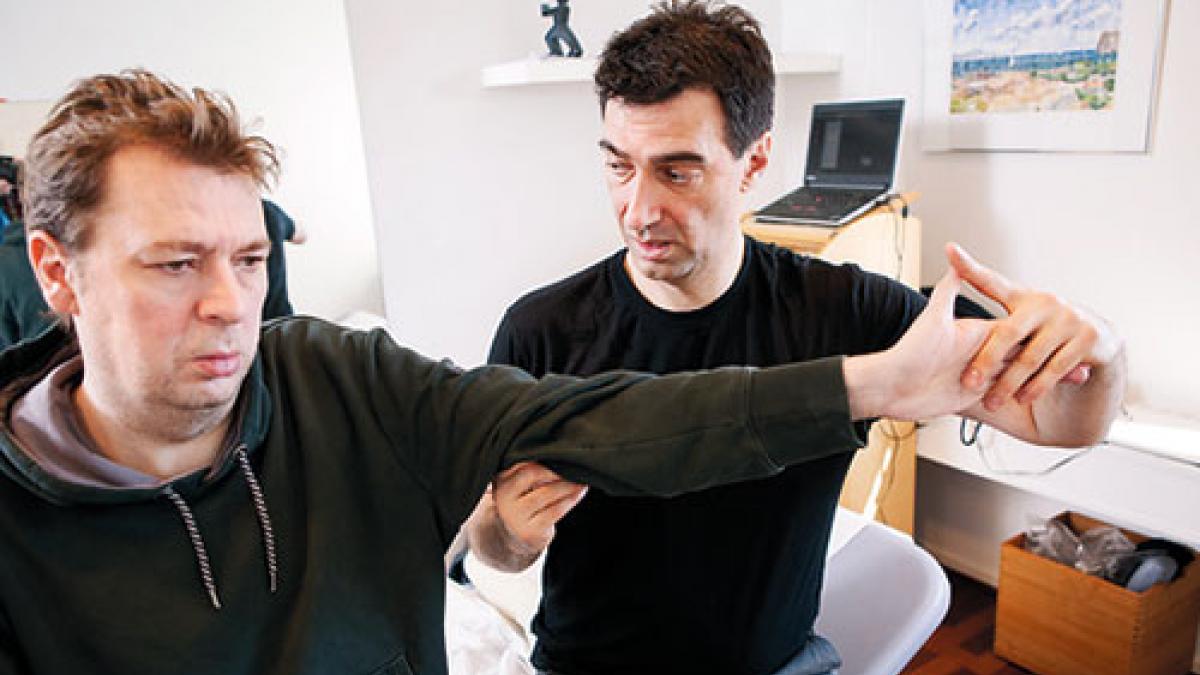 A physiotherapist (right) provides rehabilitation to a stroke patient

The discussions were part of a meeting, hosted by Labour MP Chris Leslie and organised by UK charity the Stroke Association, at the House of Commons on 31 January.

It focused on the future of stroke services and highlighted the charity’s campaign, A New Era for Stroke, which is calling on the government to commit to a new national stroke strategy.

Jakko Brouwers, chair of the Association of Chartered Physiotherapists in Neurology (ACPIN), attended the event and told Frontline: ‘There is a need for continued focus on speedy, efficient and prolonged delivery of care, including the provision of dedicated stroke rehabilitation.

‘Although there is an awareness that physiotherapy provision is needed post stroke, in discussion with MPs and stroke survivors, it was clear that ACPIN and the CSP still have a lot to work on in order to bring the message home that stroke rehabilitation and ongoing care needs specialist neuro physiotherapists who are experienced in stroke.’ 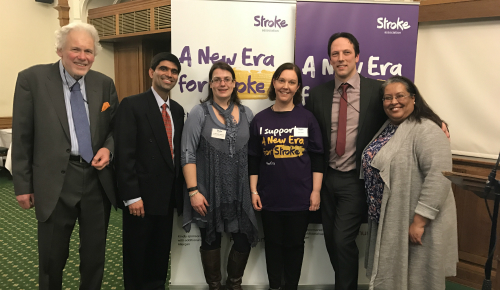 Other delegates warned that stroke services across England are at risk of being deprioritised once the current national stroke strategy, which started in 2007, ends next year.

This is despite a 2016 Stroke Association survey of 1,424 stroke survivors, which showed that

In addition a CSP audit of stroke services in England, conducted last year, found that patients in different areas of the country were receiving highly inconsistent levels of care after leaving hospital.