Almost half of people who survive strokes in Northern Ireland feel abandoned when they leave hospital and are unable to make a full recovery because of a lack of rehabilitation and support.

The stark finding was published in Struggling to Recover, a report by the Stroke Association.

It says stroke survivors in Northern Ireland only receive about one third of the recommended 45 minutes of physiotherapy, occupational therapy and speech therapy per day.

Most stroke survivors (78 per cent) feel the care and support they receive at home is poor or very poor, according to the research.

Nicola Moran, clinical lead for stroke physiotherapy at Belfast Health and Social Care Trust, was at Stormont on 18 February for the launch of the document.

She said it showed Northern Ireland needed to improve stroke care, particularly after people leave hospital. But she described a forthcoming public consultation about re-shaping Northern Ireland’s stroke services as a ‘golden opportunity’ for physio staff to influence future care.

‘At the launch, clinical leaders and the report’s author highlighted that Northern Ireland has highly specialist and skilled physiotherapists working with stroke survivors,’ said Ms Moran.

‘But we need to ensure that patients can access their services at the right time and for as long as they need.

‘Also, the report recognises the good advances in acute stroke care in Northern Ireland, particularly within the field of thrombectomy where we are leading the way in the UK.’

Meanwhile, the findings confirm that stroke is the third biggest killer in Northern Ireland and the leading cause of adult disability.

Ursula Ferguson, head of stroke support at the Stroke Association said that rehabilitation for stroke survivors had long been identified as the ‘Cinderella of stroke services’.

She added: ‘Since the last stroke strategy was published in 2008, multiple independent reviews made recommendations for greater investment in services such as physiotherapy, speech therapy and emotional support.

‘Unfortunately many of these recommendations have still not been fully implemented. This must change.’

Struggling to Recover - Life after stroke in Northern Ireland 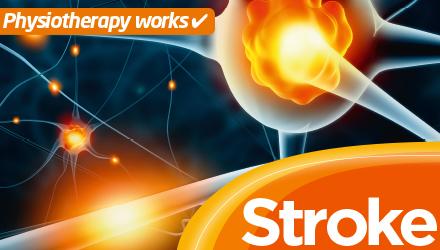