A physio at Belfast’s Marie Curie Hospice plans to build on a fitness week for staff by arranging ongoing exercise classes, cycling and walks. 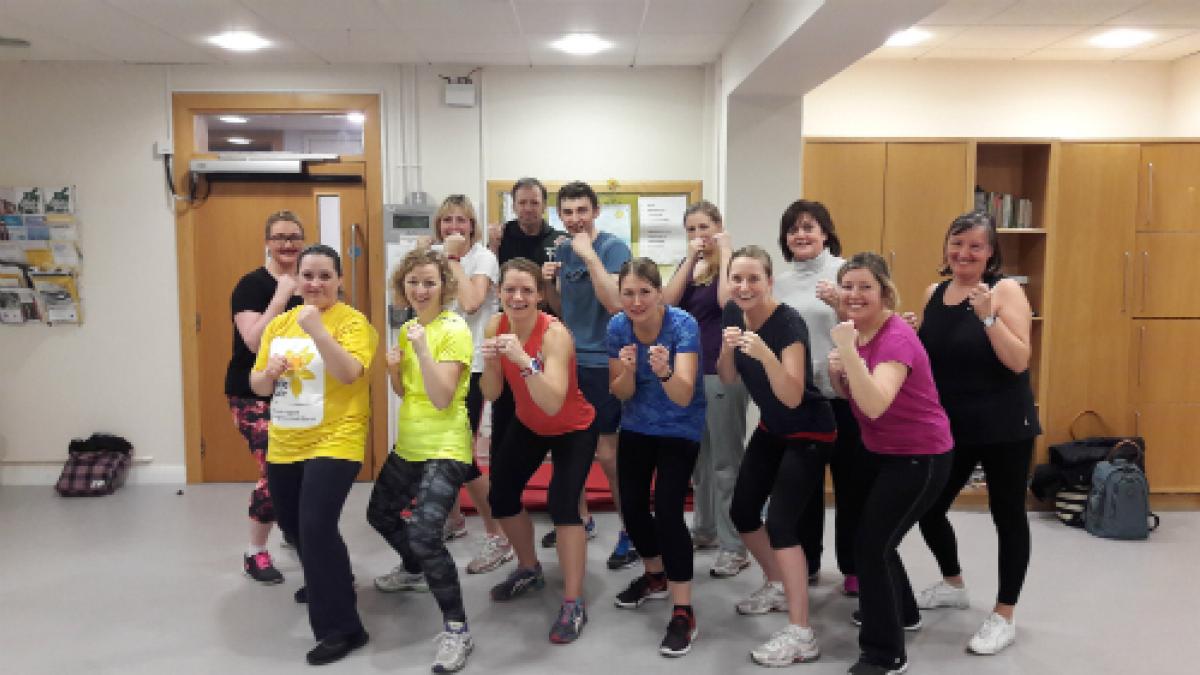 Getting fit at work: Kerry McGrillen (front row, third from left) and staff at the Marie Curie Hospice, Belfast

Kerry McGrillen said she was prompted to organise a week of physical activity after the ‘shocking’ results of her survey of exercise levels among hospice employees.

The survey in late 2016 showed that fewer than 40 per cent of respondents met government guidelines of at least 150 minutes of moderate activity each week.

‘I decided that we needed to try and do something about this,’ she said. ‘So I spoke with my manager and put forward the idea of running a health and wellbeing week.’

Keen to maximise the number of hospice staff taking part, Ms McGrillen arranged four classes a day. These were scheduled so that office staff could join in before and after work and nursing staff before or after early or late shifts.

More than 20 health and fitness professionals volunteered to take classes and educate the participants about physical health.

‘It was a massive success, getting staff engaging with all forms of exercise and trying something new,’ she said. ‘And we have had lots of support from our senior management teams and have seen all the staff engage and have fun.’

The next step for the enterprising physio is to create ongoing opportunities for staff to exercise at work. Of course, people will have to pay but, she said, but if all goes to plan, a choice of classes will be available at their workplace.

Ms McGrillen’s other ideas include walking groups and the purchase of bikes so people can peddle their way to fitness.

And at the end of 2017 she will re-run the survey to see how – or whether – staff have managed to stay active.