A physiotherapist has received an award for improving staff wellbeing at a residential college for people with learning disabilities. 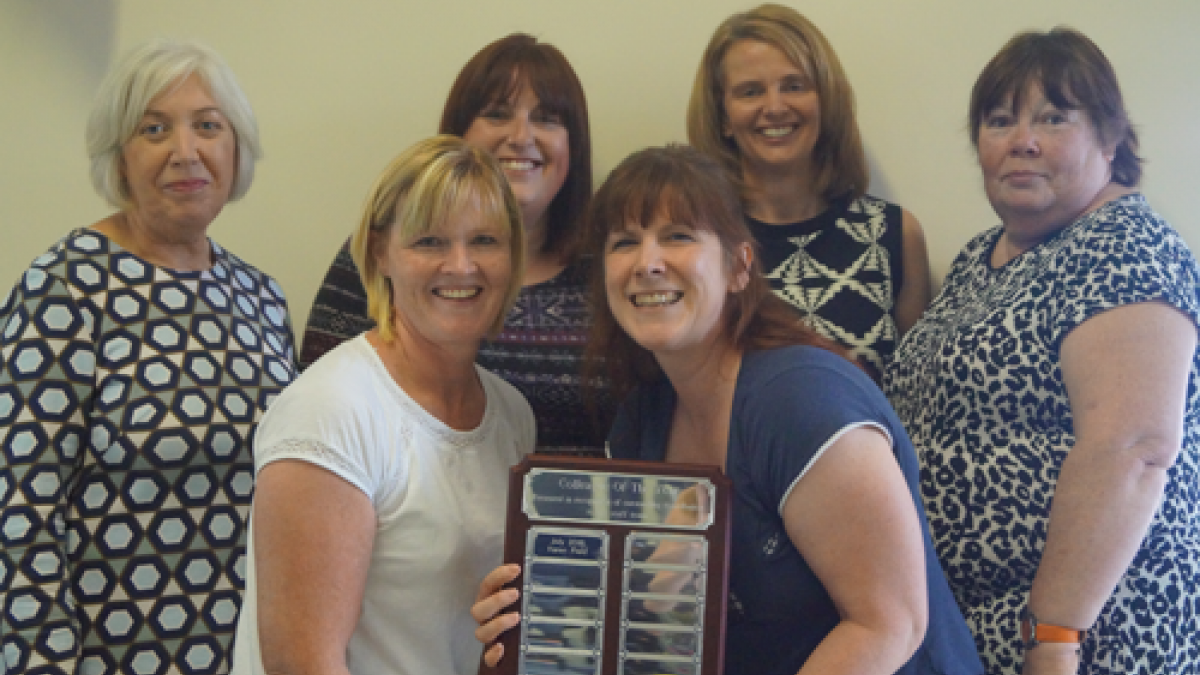 Physiotherapist Karen Field (front row, right) and the other finalists

Senior physiotherapist Karen Field won the inaugural Colleague of the Year award at Condover College in Shropshire, after she was identified as the person who had contributed most to the wellbeing of other staff members.

Ms Field has worked at the college since 2008 and is the only physiotherapist employed by the institution.

There were 50 nominations for the award and Ms Field was one of six finalists. She told Frontline: ‘I am very proud to have been nominated, and overjoyed to have won, as the other five finalists are members of staff whom I admire.’