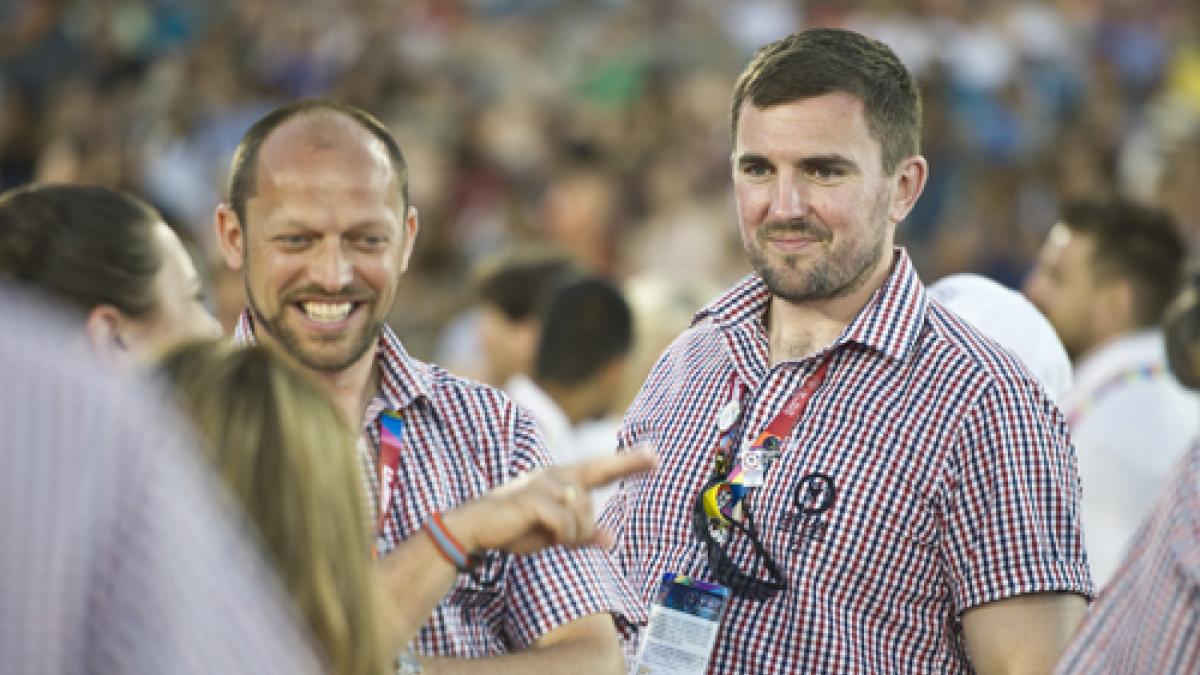 Volunteers Alistair Beverley and Helen Bean supported the Special Olympics GB team during the games, which took place in Los Angeles, California, from 25 July to 2 August.

More than 7,000 children and adults with learning disabilities from 170 countries took part and the physios worked with competitors in 19 sports. These included equestrian events, cycling, football, power lifting, gymnastics, judo and kayaking.

Back in his day job, Mr Beverley is physiotherapy manager at Portland College in Mansfield, a further education institution for disabled people. Meanwhile Ms Bean works for NHS Scotland as part of a community learning disability team based in Angus.

Mr Beverley told Frontline: ‘Our roles have entailed two years of working with the team, prior to the athletes even being selected. We attended training weekends and screened athletes for injuries.

‘In LA we had to forecast physio needs, which for me included rating sports as risks for injuries, linking with on-site medical teams, organising morning and evening clinics and finding time to support each event.

‘I spent time with the football teams providing pitchside support, which proved invaluable as the athlete who took up most of my time ended up scoring the final penalty and the team won the gold medal.’

The Special Olympics GB team flew home with 179 medals, including 68 gold ones.