At a time when the NHS is under severe financial pressure, it’s no wonder that stress levels of hardworking frontline staff have increased. 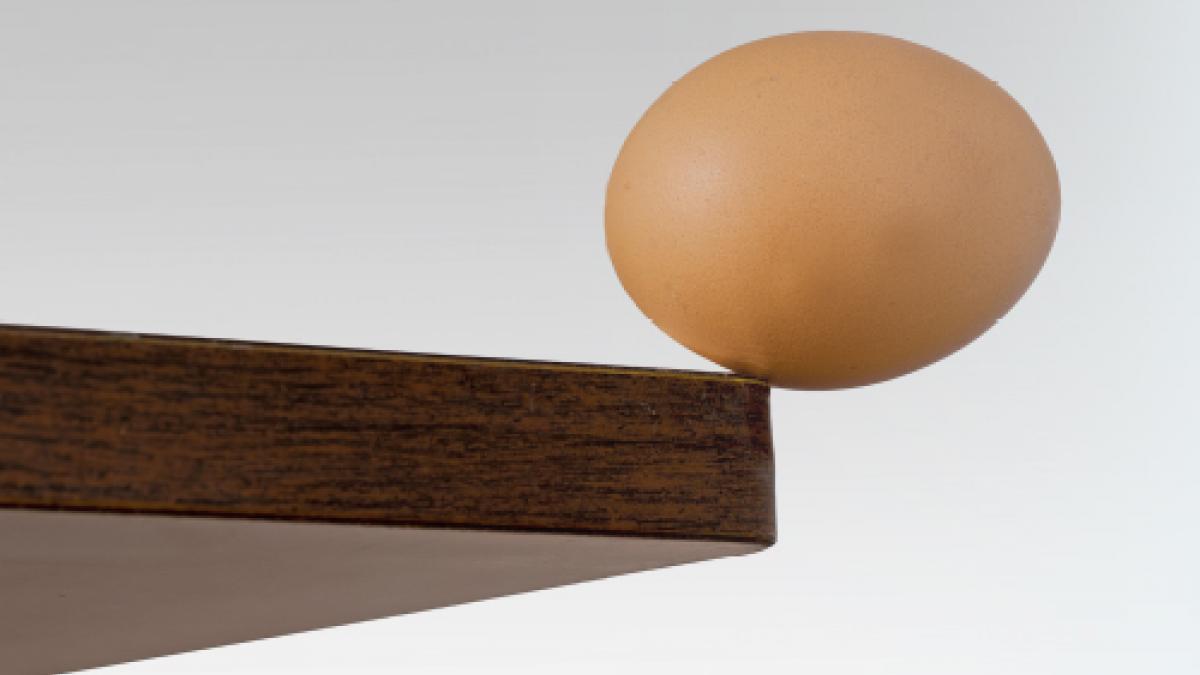 And physiotherapy staff are no exception.   Almost a third of physio staff working in England felt unwell as a result of work-related stress, according to figures from the most recent NHS staff survey.
Fortunately, CSP members are not alone. CSP workplace reps are there to help, assessing the levels of stress in workplaces, identifying the causes and working together with physiotherapy staff to find solutions.
Take Katrina Humphreys, CSP regional safety rep for Merseyside. She’s seen first hand how constant NHS reorganisation, driven by budget savings as much as improving care, unsettles staff. Constant NHS reorganisation is known to make waves, and Ms Humphreys says she has worked under trusts with five different names while not moving geographically.
Under a recent reorganisation, outpatient musculoskeletal (MSK) staff physios now working as part of East Cheshire NHS Trust had to re-apply for their own jobs, causing worry and anxiety. Ms Humphreys surveyed staff during and after the reorganisation, and even once they were settled in their new posts, she found that stress levels were higher than average. ‘We looked at the trust as a whole and felt that the health and safety culture wasn’t very good,’ she says.
‘There wasn’t a health and safety committee, which for a health and safety rep was shocking, and we hadn’t had a health and safety assessment in east Cheshire community bases for more than 10 years.’
Ms Humphreys helped set up a health and safety committee, however, and now sits on a management sub-committee that feeds back staff views to management. The key problem with reorganisations, identified in the surveys, was poor communication. Outpatient staff are now undergoing yet another shake-up as they become part of Central Cheshire Integrated Care Partnership, but Ms Humphreys says staff feel much happier with the process this time. ‘Had we not carried out that questionnaire it would have been business as usual, though,’ she says.
In her ‘day job’, Ms Humphreys is a clinical specialist physiotherapist and physiotherapy research facilitator. She says her methodical approach to pressing the staff’s case paid dividends. ‘Managers like facts and figures and quantitative stuff,’ she says. ‘They are all about outcomes measures and key performance indicators so giving the information to them in a language they understand paid off.’

South East Coast regional health and safety rep Jennifer Fernandes says stress can affect anyone from recent graduates to those who have been in the job for many years. And she believes it’s vital that health and safety reps tackle stress pro-actively in an NHS culture where a pressured environment can be seen as just part of the job. ‘Stress can impact individuals in different ways and what one person finds is an acceptable level of work place pressure can be really stressful to someone else,’ she says. ‘So much so that it could lead to them going off sick or thinking it’s not the job for them and deciding to leave.’
Ms Fernandes helped pilot an adapted CSP stress survey, which aims to identify the levels and causes of workplace stress. The new-look survey carried out at her trust earlier this summer revealed that 60 per cent of physios said they were stressed at work, with 19 per cent rating the level of stress as unacceptable. Of those who reported stress, 83 per cent blamed it on the demands of the job.
This was not the first stress survey Ms Fernandes has conducted, though, and as a result of previous polls she achieved a review of the trust’s stress risk assessment. Following close working with managers the trust has also increased the referral rate for staff to occupational health, enabled new shift patterns, and brought locums in more quickly to ease pressure points. Physio staff at the trust also enjoy ‘golden time’ team-building exercises a number of times a year, which Ms Fernandes says is a ‘de-stressing point’ for staff, and is unrelated to clinical work.
Julie Knight, the CSP’s regional safety rep for Wales, carried out a stress survey among physios for three consecutive years at her health board, Aneurin Bevan. Admin time, or the lack of it, and uneven communication from management were two of the major complaints. The board is now completing a major piece of work looking at how admin and non-contact time with patients can be arranged, and senior managers have improved their communication lines to frontline staff.
‘We adapted the existing CSP survey to dig deeper and invite comments from members,’ she says. ‘And managers have told us that some comments were hard-hitting. I know the truth hurts, but some comments just can’t be softened, and they are effective in making our case.’ Ms Knight says the most recent stress survey had a lower response rate, but in some ways it was more effective, with more physios volunteering to discuss in person what was causing them stress at work. She will continue carrying out the stress survey for the next few years to monitor the situation at her board.

Ayshea Glover, the CSP safety rep, and Nathan Swingewood, the CSP steward, at Dudley Group NHS Trust worked together after trust management cancelled a ‘complimentary’ 15-minute break and ended an allotted quarter hour of administration time for outpatient MSK physios each day. Ms Glover says: ‘People were just doing the admin in their own time and frequently staying over by 20 or even 30 minutes  every day. ‘Outpatient staff have a diary that runs the entire working day in 30 minute segments and there was no allocated time to write reports, chase up consultants, check emails and so on.’ Management said the extra break would only be considered if staff submitted a formal grievance document, and after canvassing members it was decided not to take this step. But by presenting management with a copy of their survey, the CSP team managed to persuade senior staff that the admin time was vital to reduce the stress of frontline staff. And not only was the protected admin time reinstated, it was actually extended to half an hour each day.
Mr Swingewood says the joint working between rep and safety steward was a big help in presenting their case. ‘It’s good for moral support, you don’t feel like you’re on your own, and working it through with someone else can be very valuable,’ he says. ‘And the survey was something solid, so we could sit down with our managers and show them how members felt.’
The practical results of a 2013 stress survey carried out among physio staff at Leeds Teaching Hospitals Trust have included more training, increased flexibility in band 5 rotations, a new team briefing structure and greater visibility of managers. Yorkshire regional safety rep Claire Parsons, who is a senior oncology physio at the trust, says the survey was then repeated the following year and it showed a 17 per cent reduction in stress among physios, although a quarter of all members still reported being stressed at work.
At first, the focus was on seeking factors contributing to staff stress, but Ms Parsons has since looked at how members can manage their stress and wellbeing. A working party looked at what the employer must provide in this area, and a workshop on mental wellbeing has been run.
In addition, free mindfulness apps have been made available, and signposting to internal resources, such as the trust’s mental health and dignity at work policies, has been produced.
Ms Parsons’ managers gave her time to develop this work, although she did it off her own bat. ‘I do feel the trust is also expanding to do more for all employees now, such as producing a health and wellbeing newsletter, and providing free classes, whether that’s yoga or football,’ she says. ‘It’s important that we have been open with management from the start and let them know what we are doing and why.’ fl