In our regular round up of research Janet Wright looks at evidence for people with Parkinson’s, who can improve many of their symptoms by dancing, and physiotherapy editor Michele Harms highlights the latest articles online and in print. 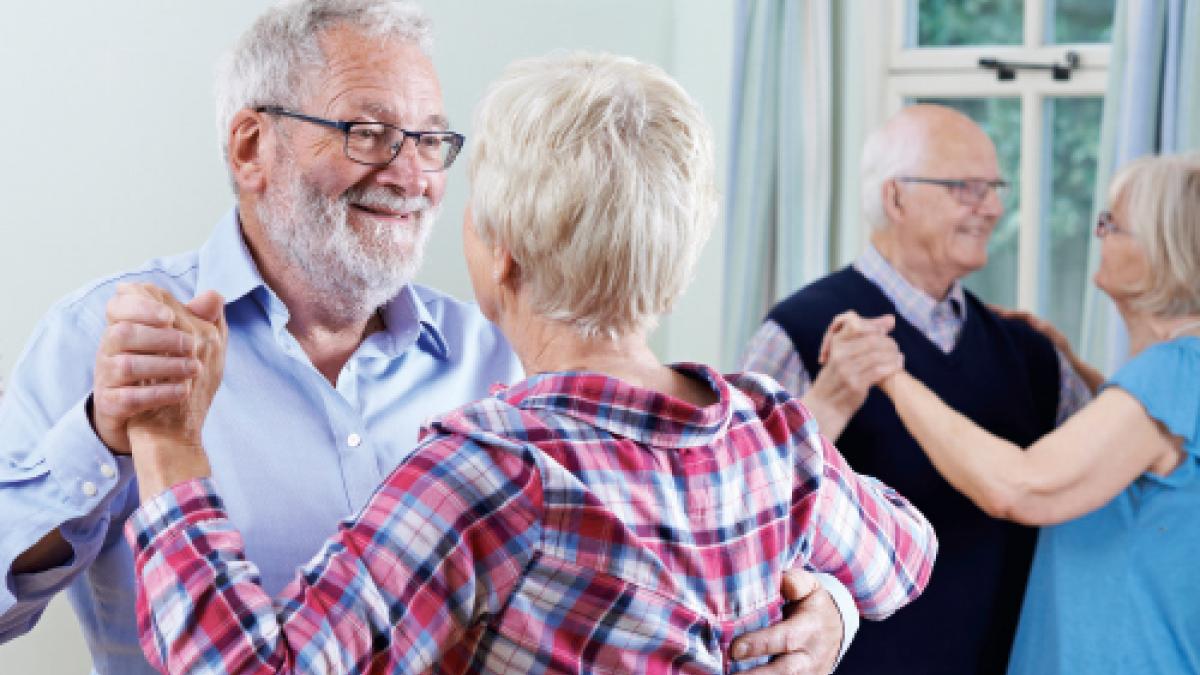 People with Parkinson’s can improve many of their symptoms by dancing, researchers at La Trobe University in Australia have found.
Although physiotherapy has been proved to ease many problems such as gait and balance, they note, people tend to drop out of exercising in the long term.
So Lorenna Pryscia Carvalho Aguiar and colleagues did a systematic review of evidence for an activity people take up for fun.
The team found therapeutic dancing was safe and feasible for people with mild to moderately severe Parkinson's, and could ease typical symptoms, such as ‘freezing’ when the person tries to take a step.
‘The weight of the evidence suggests that therapeutic dancing can be beneficial in improving motor performance, mobility and balance in people with PD [Parkinson's Disease],’  they write, in a study that can be read in full online.
‘Dancing can also have a positive impact on quality of life and adherence to physical activity over the long term.’
The 19 suitable studies they found covered Irish dancing, tango, ballet, waltz and foxtrot as well as modern or contemporary dance and improvisation.
One study found that people were more likely to keep taking part and had better outcomes if they were dancing with a partner.
The authors noted there had been little research into many areas, such as participation by carers, optimal timing and frequency of sessions, and long-term effects of different dance genres. Most of the studies were quite small, and focused on people in the early stages of Parkinson's.
‘Therapeutic dancing was found to be feasible, safe, and enjoyable. Compared with routine exercises, it may well afford greater adherence, compliance and enjoyment whilst not compromising safety, especially in the early stages of disease progression,’ the team concludes. Aguiar LPC et al. Therapeutic Dancing for Parkinson’s Disease, International Journal of Gerontology 2016; 10: 64-70, – open access.

Physiotherapy editor Michele Harms highlights the latest articles online (known as articles in press) and in print (Volume 102, Issue 4 and online).
This systematic review pooled the available scientific evidence for the effectiveness of using virtual reality systems in the management of children and adolescents with cerebral palsy.
The authors were particularly interested in the rehabilitation of sensory and functional motor skills in this group of patients. They included 31 studies with a total of 369 participants.
Best evidence synthesis determined that there was moderate evidence to suggest an effect on balance and overall motor development, but there was limited evidence to demonstrate an effect for other motor skills.
They conclude the use of this type of technology is becoming more widespread and that virtual reality rehabilitation may have promise in the management of children and adolescents with cerebral palsy.
Effectiveness of virtual reality rehabilitation for children and adolescents with cerebral palsy: an updated evidence-based systematic review.  D.K. Ravi, N. Kumar, P. Singhi DOI:
A group of researchers based at North Manchester General Hospital tested the efficacy of three exercise programmes in treating rotator cuff tendinopathy/shoulder impingement syndrome. They conducted a randomised controlled trial (RCT) in two out-patient departments, recruiting 120 patients with shoulder pain involving the rotator cuff.
They randomised participants to one of three dynamic rotator cuff loading programmes: open chain resisted band exercises; closed chain exercises; and minimally loaded range of movement exercises. They measured the change on the Shoulder Pain and Disability Index (SPADI) score and found short term improvement in all three groups, but no difference between groups.
Comparison of three types of exercise in the treatment of rotator cuff tendinopathy/shoulder impingement syndrome: a randomised control trial Heron SR, Woby SR, Thompson DP DOI: http://dx.doi.org/10.1016/j.physio.2016.09.001www.physiotherapyjournal.com/article/S0031-9406(16)30059-1/fulltext

Researchers based at the Institute of Neuroscience, Newcastle University Institute for Ageing, recognised the significant problem of falling in people with Parkinson’s disease.
They felt that due to a lack of research on falls and reporting and classification of reasons for falls, that there was a gap in knowledge about causality and circumstances for falls. They suggested that people who fall during high level activity may be different to those who fall during a postural transition.
To improve the classification of this group of patients, the team has developed the Fall-Related Activity Classification (FRAC). This paper reports on its inter-rater reliability – the reliability of the ratings given by those judging the reason for the fall.
They presented 55 fall scenarios which were rated by physiotherapists, physicians and non-medical researchers. They found excellent agreement between and within subgroups and conclude that the FRAC may discriminate between phenotypically different fallers and strengthen falls predictors in future research.  A novel approach to falls classification in Parkinson’s disease: Development of the Fall-Related Activity Classification (FRAC) Ross A,  Yarnall AJ and Rochester L,  Lord S. DOI: http://dx.doi.org/10.1016/j.physio.2016.08.002www.physiotherapyjournal.com/article/S0031-9406(16)30057-8/fulltext

These reports feature online in the CSP journal, Physiotherapy. CSP members can access them free of charge online, via the CSP website.

Conference abstracts from ER-WCPT 2016, recently held in Liverpool, are due be published in an online supplement to the Physiotherapy Journal shortly at www.sciencedirect.com/science/journal/00319406
These abstracts were selected through a review process used by the scientific committee of the 4th European Congress of the European Region of the World Confederation of Physical Therapy (ER-WCPT) (2016). They were not subject to the usual Physiotherapy peer-review process.