Success under the spotlight 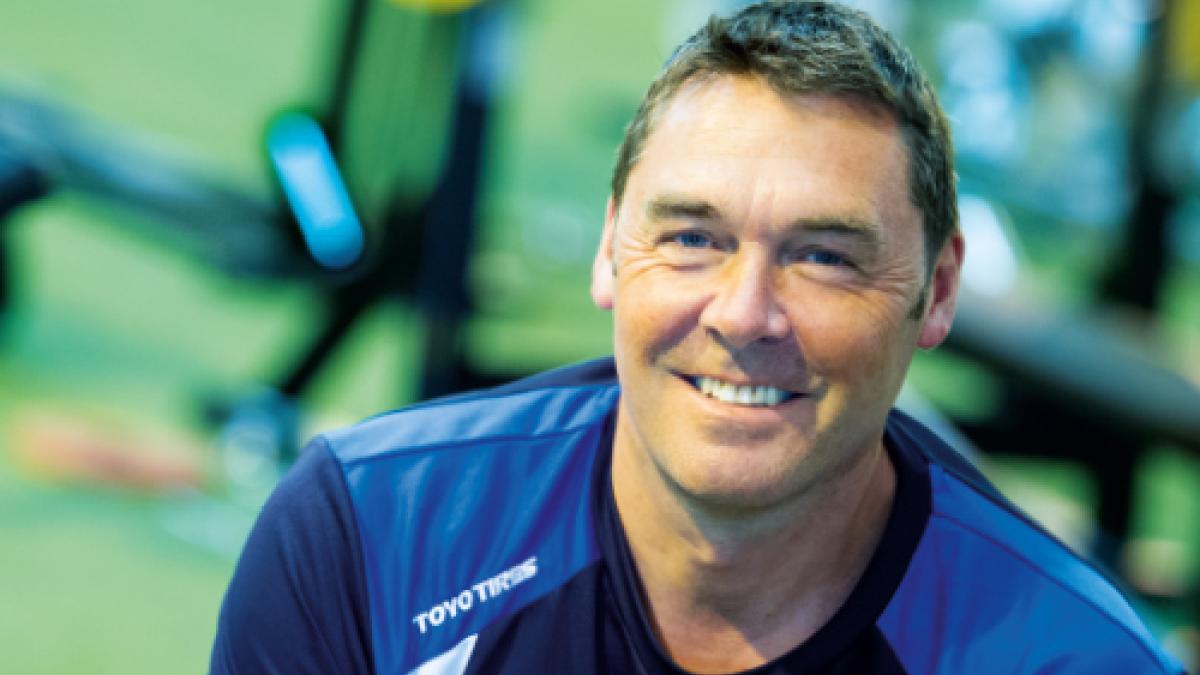 As the 2014-15 season drew to a close, Leicester City Football Club faced relegation from the Premier League, but they not only survived, in the following season they surprised bookmakers and delighted fans by becoming champions. Their unexpected triumph was attributed to a number of factors, including manager Claudio Ranieri’s tactics, a consistent team line-up and fast, counter-attacking play.
But behind the scenes the club’s physiotherapists and medical support team were vital to the team’s success.
Based at the King Power Stadium, head physiotherapist Dave Rennie has worked for the club for 17 years and says a large part of his role is acting as ‘a risk assessor’.
‘My focus, like all physios working in professional sport, is to prevent injuries rather than rehabilitate them,’ he explains. ‘Much of my time is spent interpreting what our players are reporting on a daily basis, observing movement patterns and clinical signs and trying to modify injury risk.’
Other members of the physiotherapy staff include Simon Murphy, who works with the first team and Alex Smith, whose remit covers the under-21 squad. Meanwhile, Ben Harwood oversees the club’s academy, assisted by fellow physio Tom Gibson, and other physiotherapists work with squads of varying ages – the youngest being City’s under-8 team.
‘There are plenty of opportunities for roles within football at the differing levels, but in comparison to the bigger clubs our staffing numbers are small,’ Mr Rennie says. The physios are close-knit, he adds, with a good understanding of the club’s players and the expectations of the managers, coaches and sports scientists with whom they work.

During their winning season, Leicester’s players had fewer injuries than any other Premier League club, despite having a smaller budget and more limited resources than many of their rivals. ‘We had an exceptional season regarding prevention of injuries, not just last season but probably over the past four or five years,’ says Mr Rennie.
This has not been due to any particular screening protocol, he says. ‘Rather, it’s been about team work and working closely with our sports science team, headed by Matt Reeves, and our strength and conditioning coach Mitch Willis,’ he explains. ‘Together we ensure the players are fit and strong enough to cope with the demands that are placed on them. And, perhaps most importantly, we empower the players to take accountability for themselves.’
Injuries in professional football tend to crop up ‘south of the lumbar spine’, says Mr Rennie, with lower limb muscular strains – particularly hamstrings – being most prevalent. ‘But any tissue can be at risk and as a result you need to keep your skills and knowledge updated to enable you to prevent and manage any eventuality.’ Knee injuries such as anterior cruciate ligament (ACL) ruptures and meniscal tears also commonly occur, due to the high torsional loads involved in the game.
‘The ACL is one of the main ligaments that prevents excessive amounts of rotation within the knee, but it is also one of the first things that gives way, and within professional football it is a big issue that we deal with – often requiring reconstructive surgery.’
The physios use a number of innovative recovery strategies with the players, including whole body cryotherapy. ‘This is where we expose players to extreme cold in an attempt to accelerate recovery and reduce the impact of traumatic injury,’ says Mr Rennie.
Players enter a cryotherapy chamber, cooled by liquid nitrogen, where they temporarily experience temperatures varying between minus 135°C and minus 150°C.
‘It’s great for shutting down acute inflammatory disorders and post-exercise stiffness and trauma injuries.’ The physios also monitor training loads, using GPS tracking devices, and collect data to support the players’ training and rehab. ‘For instance we use the NordBord hamstring testing system to assess eccentric hamstring strength,’ says Mr Rennie.
Although various technologies are used to help prevent injuries and promote fitness, Mr Rennie says: ‘As most good physios will admit, it’s not about gimmicks – it’s about your relationships with those you are treating.
‘Having an understanding of each player, both physically and psychologically, and being able to inform, educate and empower them is the most effective strategy.’  This means the physios strive to explain medical terminology, give in-depth information about the effects of injuries and explain the long-term implications of adhering to or not complying with a specific exercise regime. ‘It’s about giving them the responsibility to take on the management of their own conditions,’ says Mr Rennie. ‘And it works really well – they all understand the need to take ownership of their own bodies and their lifestyles.’ fl

Despite Leicester City’s recent success, Dave Rennie says staff and players alike need to stay professional and not get too caught up in the drama of success or defeat.
‘Working at a football club is a bit like being on a roller coaster – you have your highs and your lows – but if you allowed your emotions to ride that roller coaster you’d become a nervous wreck,’ he says.
‘So we always preach to the players and to our staff that you need to try and remain on an even keel as much as possible.’
He admits media scrutiny and comments on social networks often lead to challenging criticism and ‘ill-advised and misinformed judgements’. ‘Football is about opinions and everybody seems to have one,’ he says.
‘If you run on to the pitch you know that everything you do, from what you say to where your hands go and how you assess something, will be on camera. Judgements are often made, with little knowledge of the facts behind a clinical decision. But you just need to get on, use the skills you’ve got, remain professional and make decisions in the best interests of the players.’
Following Leicester’s success, more investment may be pumped into the club, but Mr Rennie says it is unlikely to change the physios’ strategy. ‘Our owners are very supportive of us,’ he says. He will continue to focus on educating players to prevent injuries, and what he says is the most satisfying aspect of his work: ‘getting a player through a difficult or protracted rehabilitation and returning them to match action.’ As for winning the league again this year, Mr Rennie says it ‘certainly isn’t a given’. ‘We will just carry on doing a professional job and hopefully we will do okay.’