Some stress at work might help us meet a pressing deadline, for example, but too much can have disastrous consequences, as Daniel Allen discovered. 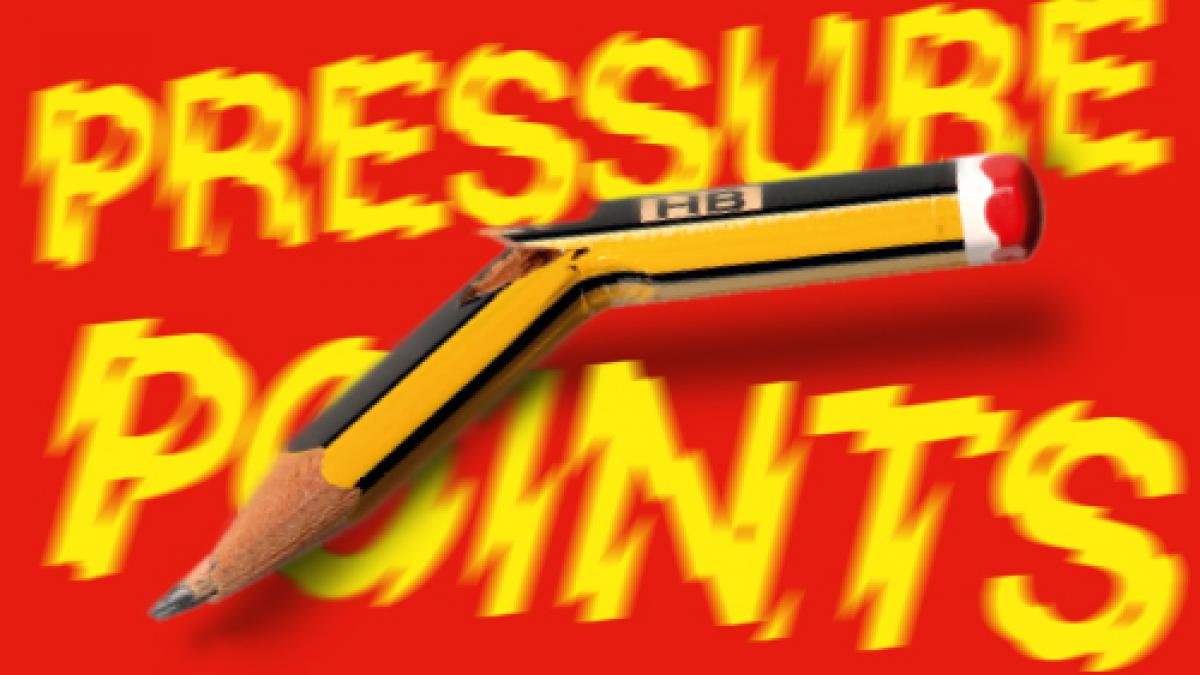 The numbers are troubling. According to the Health and Safety Executive (HSE), there were 440,000 cases of work-related stress, depression or anxiety in Britain in 2014-15 – a prevalence rate of nearly 1,400 per 100,000 workers. Ten million working days were lost to stress, at an average of 23 days per case. Stress accounted for 35 per cent of all work-related ill health, and jobs in public service industries showed higher levels of stress than those in other fields.

Donna Steele, the CSP’s senior negotiating officer and national health and safety officer, says there is plenty of evidence to demonstrate that, in common with other NHS staff, for many physiotherapists excessive stress is a significant problem. Figures from last year’s NHS Staff Survey in England indicate that 31 per cent of physios felt unwell as a result of work-related stress.

But while the bald statistics give a sense of the scale of stress nationwide and its potential impact on the smooth running of an organisation – including recruitment and retention problems and disruption to patient care – they can mask the individual’s experience – the disabling psychological and physiological effects of stress that can damage even those who may appear immune.

And, as Ms Steele points out, those effects can be compounded by fears for the rest of the team. ‘When physios become unwell and end up on sickness absence, that has consequences for colleagues who are left behind,’ she says. ‘There’s often a lot of guilt and a sense of failure.’

Hugh Robertson, the TUC’s senior policy officer for health and safety, says surveys of union safety representatives repeatedly show that workplace stress is a huge problem. ‘Two-thirds of them identify stress as one of the top five hazards.’

Workers at all levels are at risk, he says. ‘And there are so many cases of people who, after years of thinking they’ve got no symptoms, suddenly get complete and utter burnout.’

The principal effects of workplace stress are, says Mr Robertson, mild to moderate mental health symptoms – commonly anxiety and depression. ‘Mild to moderate’ makes the symptoms sound as though they can be easily dismissed but that would be a mistake, he cautions. ‘Work-related stress can cause very nasty depression which can last for long periods and often means people’s confidence is completely shot. Their relationships suffer, obviously their work suffers, but, most importantly, every aspect of their life is affected.’

The physical consequences of stress are also serious and harmful, as Mark Amour, chair of the Association of Chartered Physiotherapists in Occupational Health and Ergonomics (ACPOHE), a CSP professional network, explains.

‘Stress in its most basic form is our bodies reacting to a threat – the old fight or flight mechanism,’ he says. ‘A lot of physiological changes happen when you’re under stress – your heartbeat increases, adrenaline rushes round your body, you’re pumped up. That can be quite helpful at times – if you’re working to a tight deadline, for example, you get this sharper focus. But the problems come when that happens day after day. Your body struggles to cope with that physiological reaction on an ongoing basis.’

One of the hazards at work

There are often issues at home that compound an individual’s reaction to workplace stress, Mr Armour says – debt, for example, or caring responsibilities, which bring extra pressure for growing numbers of workers, many of whom are looking after ageing relatives. ‘Because people spend so much time at work, the tipping point may happen in or around the workplace but there are often a lot of home-related circumstances as well,’ Mr Armour argues.

The Health and Safety Executive (HSE) says the primary sources of stress at work fall into six main categories (see below). For physio staff working in the NHS, where there is almost constant churn, one of those sources – organisational change, and the way it is managed and communicated – may seem especially pertinent. But equally, rising demand for services and the consequent impact on workload is a significant cause of stress.

Rob Vondy, HSE’s stress policy team head, says there are pockets of good work in the health service but stress remains a major problem. ‘The healthcare sector is one of our priorities to target,’ he says.

HSE management standards on stress are available. They demonstrate good practice through a step-by-step risk-assessment approach. But they are guidance, not a requirement, and Mr Vondy says surveys of employers and health and safety practitioners often reveal a shocking lack of awareness of the standards.

He adds, however, that stress is a workplace hazard like any other and should be treated as such. ‘Employers have a duty and a legal responsibility under the Health and Safety at Work act 1974 and the Management of Health and Safety Regulations 1999 to ensure the health and safety at work of all their employees. And that includes work-related stress.’

A problem, says the TUC’s Hugh Robertson, is that when employers apply the management standards and assess workplace risk, ‘they find out they’ve got to do things’. Assessment may demonstrate that workloads are too high, systems are failing or line managers are too inexperienced.

But without organisational solutions, problems will continue. ‘Unless you remove or prevent the causes of stress, people are going to get ill,’ Mr Robertson says. He argues that changing damaged workplace cultures or systems is often perceived as too costly. Instead, it is individuals who are encouraged to change; they are urged to manage their workload better, become more ‘resilient’.

‘A lot of trusts have given up trying to manage stress and are looking instead at simply trying to get their employees to cope with it,’ says Mr Robertson. ‘But if an employer is responding to stress by looking at things like putting on yoga classes, they are doing the wrong thing. There’s nothing wrong with putting on yoga classes but it isn’t a solution to stress. If people are stressed, you remove the causes.’

Physiotherapist Simon Shepard is chief executive of Optima-life, which works with organisations to improve performance. He says that in workplaces where stress is high, issues around leadership, communication, clarity of message and fear are common.

His approach is built round education – helping people to define and understand what stress is, and how they respond to it. ‘It’s interesting that on day one in most workplaces you are taught how to lift a box and where the fire exit is but not taught anything about the thing that is most likely to result in you losing work through ill health – stress.’

Mr Shepard draws parallels between stress and repetitive strain injury (RSI) – which at one time appeared to reach almost epidemic proportions among some groups of workers. ‘What changed? Education,’ he says. ‘As soon as we became proactive and started educating people, RSI seemed to reduce.’

Similarly, he argues, reducing the risk of organisational stress begins with education, then encouraging individuals and teams to reflect on ‘drainers and drivers’ – behaviours they want to adopt or avoid and which ultimately shape the culture they would like their organisation to project.

But change takes time. ‘Probably three to five years,’ he says. ‘It’s trying to shift people from being interested in this topic to being committed – at an organisational level as well as an individual level.’

Under pressure: sources of workplace stress

The Health and Safety Executive identifies six key areas that can give rise to stress if not properly managed: