In the third in our regular series from the National Institute for Health Research, we look at pelvic floor prolapse. 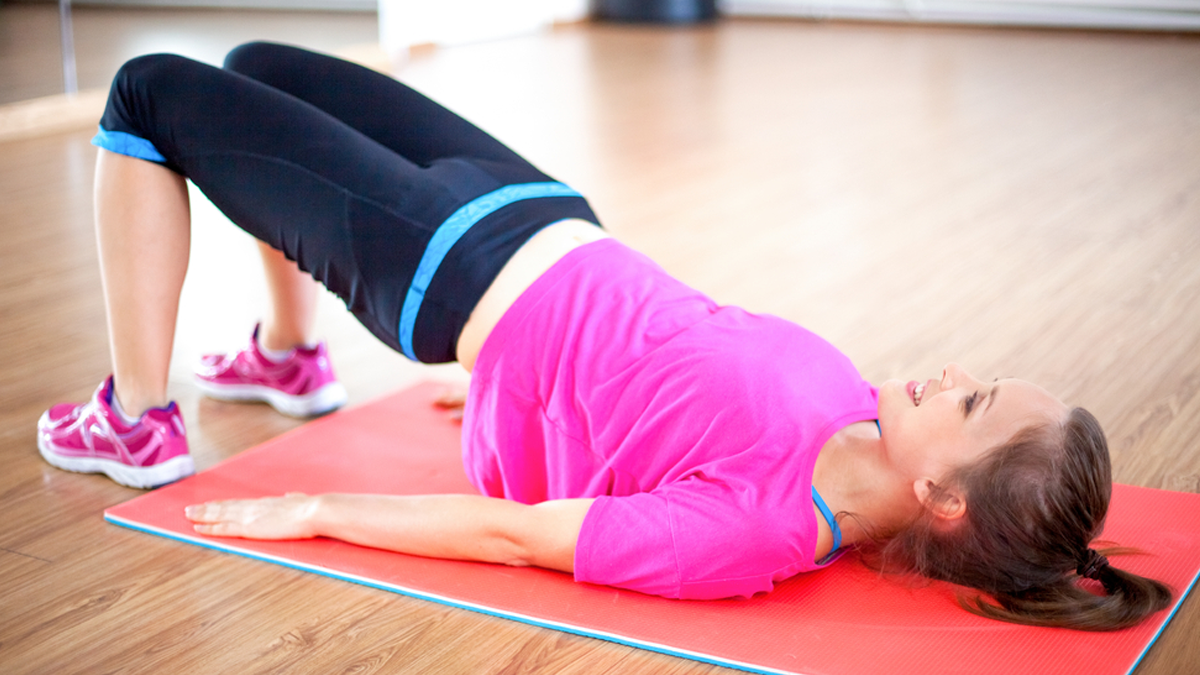 A joint UK-New Zealand study has found that pelvic floor exercises may reduce the need for costly procedures in cases of organ prolapse.

Pelvic organ prolapse is common, occurring in 40-60 per cent of women who have given birth. Eight in every 100 women in Britain report symptoms.
Surgery for a prolapse is also relatively common – about one in 10 women will have this treatment by the time they are 80. Non-surgical options include pelvic floor muscle exercises and there is evidence that these can help reduce prolapse severity and symptoms. However, there has been little research into whether or not pelvic floor muscle training can help to prevent prolapse symptoms and reduce the need for more costly treatment, such as surgery.

This randomised controlled trial, PREVPROL, recruited 412 women from three centres in the UK and New Zealand who had given birth in 1993 or 1994. The women could be any age, with evidence of prolapse, as long as they had not undergone treatment. Researchers randomly allocated 206 women to pelvic floor muscle training and 206 to the control group. The training group were offered five appointments with a physiotherapist, given an individualised training programme and advice, and a lifestyle advice leaflet. They also had Pilates classes and physiotherapy review appointments after one and two years. At two years, 77 per cent of women in the treatment group were still doing pelvic floor exercises. The control group simply received the lifestyle advice leaflet in the post.
The results were measured after two years, comparing symptoms and cost effectiveness. The results of this large multicentre trial are likely to be reliable, although the participants and physiotherapists knew which group they were in. This could have introduced some bias when reporting symptoms.

The main outcome was severity of prolapse symptoms at two years, measured using the Pelvic Organ Prolapse Symptom Score (POP-SS). This has a scale of 0 to 28, with 0 meaning no symptoms in the previous four weeks, and 28 meaning all symptoms were present all the time. Average POP-SS reduced from a baseline of 4.4 to 3.2 at two years in those who had pelvic floor muscle training compared to increasing from 3.9 to 4.2 in the control group (mean difference [MD] ‑1.01, 95 per cent confidence interval [CI] ‑1.70 to ‑0.33).
Using the ICIQ-Urinary Incontinence form (a scale of 0 to 21 which combines frequency of urine leakage, amount and associated bother, with a higher score indicating more problems), the training group average score decreased from 4.8 to 3.3 after two years while it remained the same for the control group, 4.2 to 4.1(MD ‑0.83, 95 per cent CI ‑1.44 to ‑0.22).
Far fewer women in the training group had any further treatment for prolapse symptoms during the two-year follow-up (6 per cent) than those in the control group (14.4 per cent). Odds ratio 0.29 (95 per cent CI 0.12 to 0.71). In particular, women in the training group were much less likely to need another appointment with their GP: 3 per cent versus 12 per cent. You can see a graph here.

What is the current guidance?

NICE is developing a guideline on the management of urinary incontinence and pelvic organ prolapse (bit.ly/2KelmK7) which is due in February 2019. NICE has produced a number of pieces of guidance on surgical techniques to treat different types of prolapse – these all list pelvic floor muscle training as an option for treatment.

This high-quality study suggests that pelvic floor muscle training could be a useful option for managing minor pelvic organ prolapse. It may also reduce the need for further treatment such as surgery. It is a safe option that could be easily learned by most women and started once prolapse is first recognised and before symptoms become more troublesome. The effects seen in this study are small and as a research study involved a great deal of input from specialist physiotherapists. The researchers’ planned long-term follow-up would allow us to see if there could be meaningful cost savings or if there may be simpler ways of delivering the intervention.

Hagen S Glazener C, McClurg D et al. Pelvic floor muscle training for secondary prevention of pelvic organ prolapse (PREVPROL): a multicentre randomised controlled trial. Lancet. 2017;389(10067):393-402.
This study was funded by the Wellbeing of Women charity, the New Zealand Continence Association, and the Dean’s Bequest Fund of Dunedin School of Medicine. One of the authors was part-funded by the National Institute for Health Research Collaboration for Leadership in Applied Health Research and Care West Midlands.  Published on 6 June 2017 by the NIHR Dissemination Centre. The full NIHR signal and additional expert commentary is here.

Kay Crotty, pelvic floor and continence specialist gives her reaction
Pelvic floor physiotherapists have long been aware of the value of pelvic floor training (PFMT) for pelvic organ prolapse (POP). Driven by previous research, practice has already changed, particularly in centres of excellence where PFMT is routinely commissioned for POP.
The small average improvement in symptoms seen in the PREVPROL study at two years is likely to be important, particularly given that the control group did not show improvement. These are encouraging findings and taken with the existing evidence base will support providers in introducing the conversation to commissioners about the usefulness of PFMT in POP.
Of great interest is a published protocol for a ‘Realist Evaluation’ of physiotherapy services for POP in the UK (PROPEL, Maxwell et al, 2017). This will investigate optimal implementation of evidence-based PFMT for POP with respect to domains such as staff skill mix, differing care environment and local decision-making about delivery, and how these lead to service change. Economic analysis to inform cost effectiveness will also be included. The results are eagerly awaited to further inform healthcare professionals and commissioners with respect to PFMT as a cost effective and viable evidence based, non-surgical option for early to medium stage POP.