Physio findings looks at research for the Cochrane and motor control exercise and if frozen shoulders respond to shockwaves and if virtual reality proves its worth on balance. 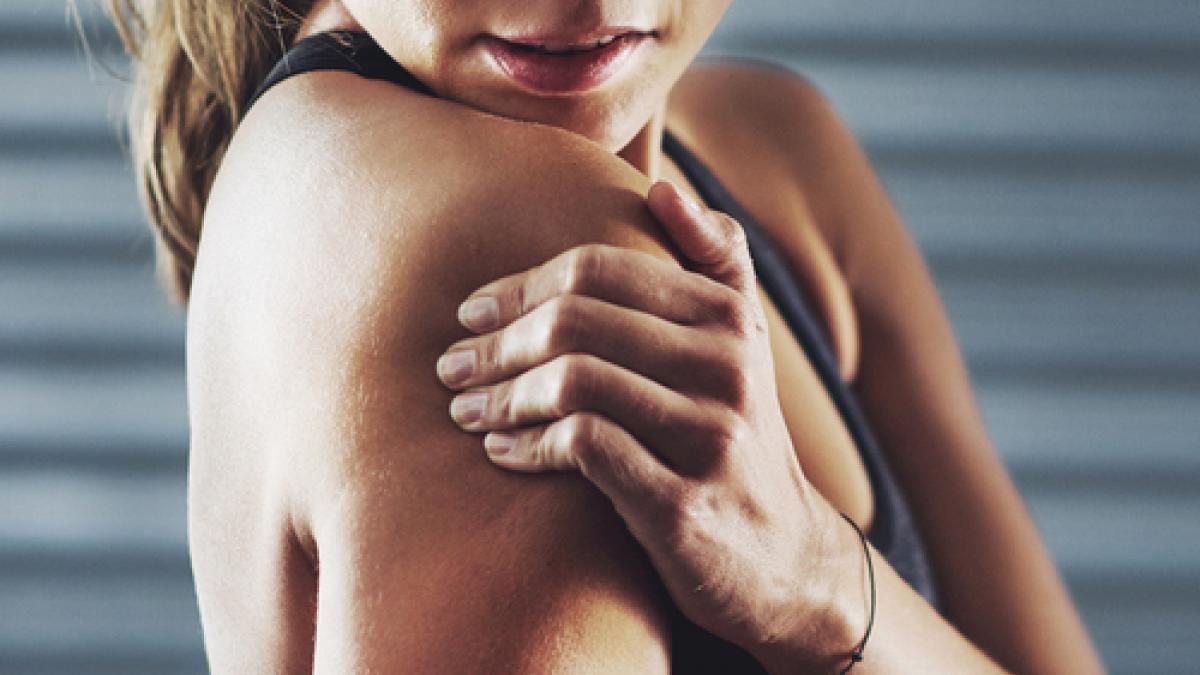 Exercise has been proved to ease lower back pain, and researchers are constantly working to find out which kind is most effective.
One that’s often prescribed is motor control exercise (MCE), based on the theory that people with chronic lower back pain lack stability and control of the spine.
MCE aims to activate the deep trunk muscles in order to restore their control and co-ordination. Therapists guide patients to practise normal use of these muscles during progressively more complex tasks.
To bring the evidence up to date, a Cochrane team did a systematic review of studies that compared MCE with another treatment or with no treatment, or that added MCE to another treatment. They found 29 suitable studies covering 2,431 participants, with follow-up periods ranging from less than three months to more than a year.
Pain and disability were the team’s main focus. Effects on function, quality of life, return to work and/or recurrence were considered as secondary outcomes.
They found that MCE is probably more effective than minimal intervention at all follow-up periods. But the evidence didn’t show any great difference in effectiveness between MCE and other forms of exercise or manual therapy.
‘Given the minimal evidence that MCE is superior to other forms of exercise, the choice of exercise for chronic lower back pain should probably depend on patient or therapist preferences, therapist training, costs and safety,’ say the authors.  Saragiotto BT et al. Motor control exercise for chronic non-specific low-back pain, Cochrane Database of Systematic Reviews 2016 - open access.

Shockwave therapy could be helpful to people with a painful shoulder condition that can restrict movement of the joint, researchers have found.
Ahmed Zaky Hussein and Robert Donatelli investigated the use of radial extracorporeal shockwave therapy (rESWT) as a treatment for shoulder adhesive capsulitis, or ‘frozen shoulder’. The treatment involves delivering high-amplitude pulses of energy using a device placed over the skin.
‘Although shoulder adhesive capsulitis is a common condition, its treatment remains controversial,’ say the researchers.
‘No previous radial extracorporeal shockwave therapy use has been reported for this condition,’ they say.
They recruited 106 patients from four New York physiotherapy departments, and randomly divided them into two groups. The experimental group received four applications of rESWT at weekly intervals, while the control group had seemingly similar treatment – except with transmission of the shockwave impulses blocked.
All the participants were also taught an exercise programme to carry out regularly at home. They were tested and given a questionnaire before the four-week trial, at the end and again 20 weeks later.
Compared with the control group, those who had received genuine rESWT treatment showed significant clinical and statistical improvements in all outcome measures.
‘In conclusion, the rESWT is a safe and effective treatment in shoulder adhesive capsulitis,’ say the authors.  Hussein AZ and Donatelli RA. The efficacy of radial extracorporeal shockwave therapy in shoulder adhesive capsulitis: A prospective, randomised, double-blind, placebo-controlled, clinical study, European Journal of Physiotherapy 2016.

Virtual reality proves its worth on balance

People with multiple sclerosis (MS) often have difficulties with balance, affecting their ability to walk and carry out normal everyday activities.
A popular form of balance training includes virtual reality programmes. As people enjoy these programmes, they are more inclined to stay through a whole course, say physiotherapist Alon Kalron, of Tel-Aviv University, and colleagues.
The Israeli team set out to see if a system called the Computer Assisted Rehabilitation Environment (CAREN) could help people improve their balance and reduce their fear of falling.
They ran a pilot trial of 32 people, with an average age in their 40s, who had had MS for an average of 11 years.
Participants were randomly divided into a group using the CAREN system or a control group doing conventional balance exercises. Each group took part in two 30-minute sessions a week for six weeks.
The test results showed that both groups had benefited from their exercises by the end of the trial. But those using virtual reality had made greater improvements in balance and in reducing their fear of falling.
‘We demonstrated that balance training based on the CAREN device is an effective method of balance training for people with MS,’ say the authors. Kalron A et al. The effect of balance training on postural control in people with multiple sclerosis using the CAREN virtual reality system: a pilot randomized controlled trial, Journal of NeuroEngineering and Rehabilitation 2016 - open access.

People with atrial fibrillation admitted to hospital at weekends have an increased risk of death, as do those with heart failure who are discharged at weekends, according to studies presented at the British Cardiovascular Society Conference in June.  Potluri R et al. www.bcs.com/abstracts3/marker_view.asp?AbstractID=1996; Carter P et al. www.bcs.com/abstracts3/marker_view.asp?AbstractID=1987
Humour, team spirit and inclusiveness – rather than competitiveness – are key to engaging older men in sport-based weight-loss programmes, say researchers at Leeds Beckett University. They interviewed participants in a football-led weight management programme funded by Wigan council. Lozano-Sufrategui L et al. Sport in Society 2016.
The image of an X-ray originally used to illustrate this story was changed on 5 Aug. It was described by the photo library as illustrating a number of shoulder conditions, including frozen shoulder. However members have pointed out that this was not accurate. The image showed an arthritic shoulder.