In our regular round-up of reseach related articles Janet Wright ways to ease cystic fibrosis exacerbation and acupunture treatment in disability and hamstring tears as a common sports injury. 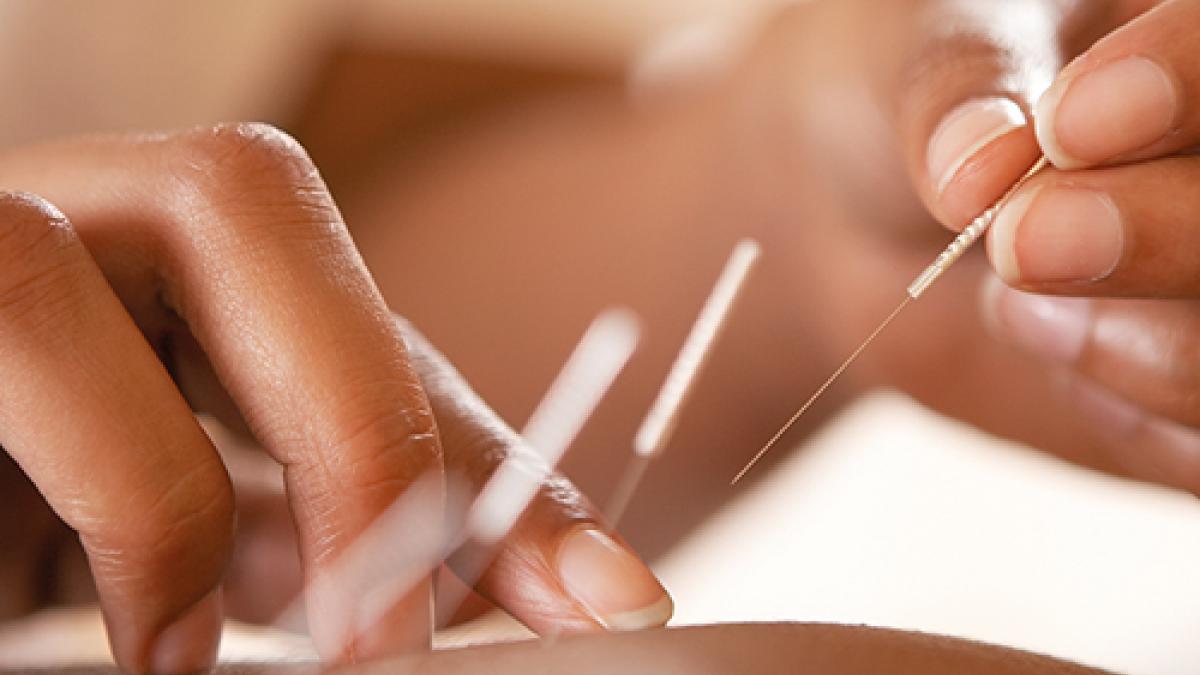 Physiotherapy helps people with cystic fibrosis to clear their lungs of the mucus that congests them.
During an exacerbation, breathlessness and muscle fatigue can make it hard for a patient to keep breathing. In those circumstances, a session of non-invasive ventilation has been shown to help when used in conjunction with physiotherapy.
An Australian team asked whether adding it to the daily routine would help patients being treated in hospital for an acute exacerbation.
Tiffany Dwyer, of Royal Prince Alfred Hospital in Sydney, and colleagues in Sydney and Brisbane, divided 40 patients into two groups, both receiving the usual comprehensive inpatient care. In addition, the intervention group received non-invasive ventilation sessions every day, starting on the second day of treatment.
When they were discharged, the intervention group had significantly better lung function and less fatigue than the others.
However, there was no significant difference between the two groups in subjective symptom severity, quality of life, exercise capacity, length of hospital admission or time before the next hospital admission.
‘Despite having greater improvements in lung function and fatigue, the experimental group reported similar improvements in symptom severity to the control group, both in the rate of improvement and discharge values,’ the authors comment.
‘Perhaps the improvements in symptoms and quality of life from admission to discharge from hospital are so great that subjective scoring is unable to detect the differences between types of chest physiotherapy,’ they suggest. Dwyer TJ et al. Non-invasive ventilation used as an adjunct to airway clearance treatments improves lung function during an acute exacerbation of cystic fibrosis: a randomised trial, Journal of Physiotherapy 2015; 61(3): 142-147 – open access.

Do you get what you expect?

Patients who try acupuncture without really expecting it to work gain less benefit from the treatment than those with higher expectations, say researchers.
Felicity Bishop of the University of Southampton and colleagues were investigating reasons for the difference in outcomes after acupuncture.
They recruited 485 patients who were being treated for back pain by 83 acupuncturists. The team questioned the patients before treatment started, and then two weeks, three months and six months later.
The questionnaire, aimed at finding out what effect treatment had on their level of disability, also covered psychological, physical and social factors.
‘Positive changes in patients’ beliefs about back pain might underpin the large nonspecific effects of acupuncture seen in trials, and could be targeted clinically,’ say the authors.
The team found that patients had the best outcomes if they came to see their pain as more controllable,  they felt they understood it and could cope with it and were less afraid of its impact on their lives.
‘Changes in illness perceptions appeared to both lead to and result from changes in disability, which is consistent with the idea that illness perceptions evolve over time and patients’ perceptions of their symptoms influence their concrete experiences of therapy – which in turn can feedback and modify their illness perceptions,’ say the team. Bishop FL et al. Psychological Covariates of Longitudinal Changes in Back-related Disability in Patients Undergoing Acupuncture, Clinical Journal of Pain 2015; 31: 254-264.

Inability to hop very far and lack of eccentric strength in the hamstrings – measured as the muscle lengthens – increase the risk of having a hamstring tear, say researchers in Belgium.
Hamstring tears are a very common sports injury, so the researchers were investigating modifiable risk factors in order to develop an injury-prevention programme.
At the start of an academic year they tested hamstring, quadriceps and hip-flexor muscles in 81 first-year trainee physical-education teachers. They also tested how far 69 of the students could cover in one hop: the single leg hop for distance (SLHD) test.
At the end of the year they checked the test results of eight students who had had hamstring injuries during that time, noting their weak points.
‘A combination of eccentric hamstring strength test and SLHD could give a good risk analysis of hamstring injuries,’ said the authors. ‘This might offer great perspectives for easily applicable screening in a clinical setting.’ Goossens L et al. Lower eccentric hamstring strength and single leg hop for distance predict hamstring injury in PETE students, European Journal of Sport Science 2015; 15: 436-442(7).

Antidepressants have been linked with low bone density in thin men, and recurrent depression has been linked with low bone density in men of any weight. Both depression and antidepressants had already been linked with osteoporosis in women. Rauma PH et al. Journal of Musculoskeletal & Neuronal Interactions 2015 - open access.
Patients over the age of 65 are 54 per cent more likely than younger people to be admitted to hospital within a month after having outpatient surgery. Researchers suggest older people may have more difficulty looking after themselves and taking medicines as instructed. De Oliveira GS et al. Journal of the American Geriatrics Society 2015.
Recent research has downplayed the role of saturated fats in causing death, heart disease, stroke or diabetes. But transfats – hydrogenated plant oils created by industrial food processing of margarine and snacks – are associated with greater risk of death and coronary heart disease. De Souza RJ et al. BMJ 2015 - open access.