In our latest editon of physio findings, Janet Wright along with CSP research adviser Katherine Jones looks at if prehabilitations can reduce surgery risks and the quality of evidence advice on motor skills therapy. 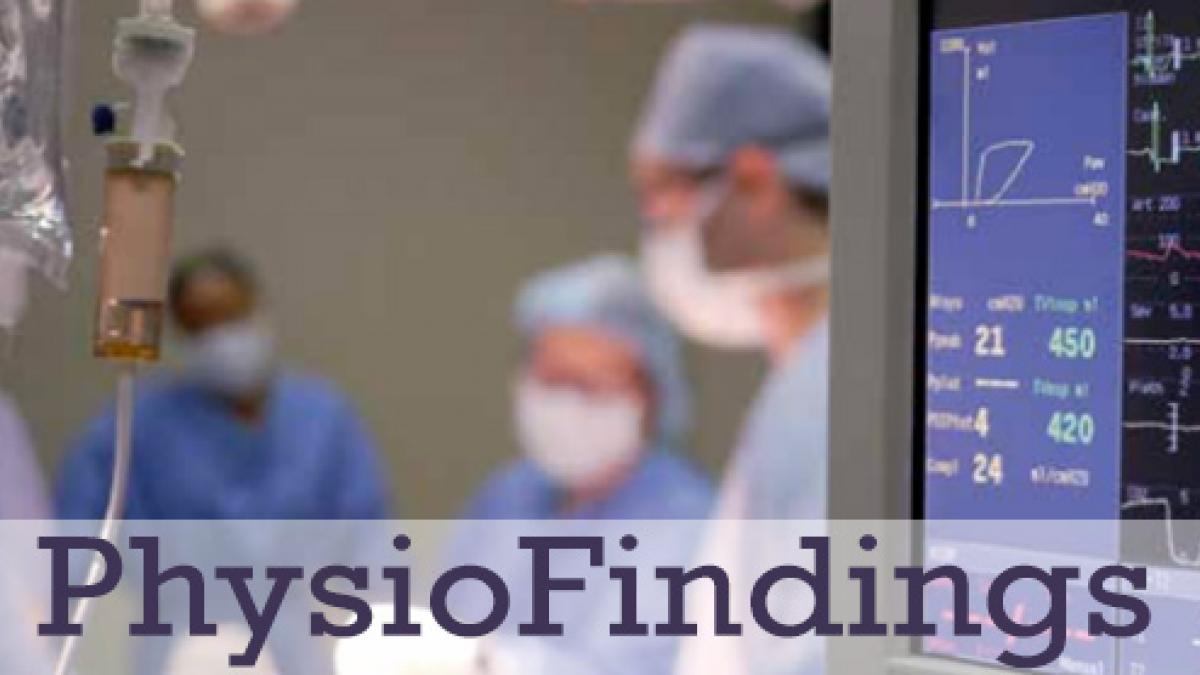 Patients who are already physically fit before they have an operation run a lower risk of postoperative complications, lengthy hospital stays and death.
People awaiting an operation can increase their fitness by carrying out a ‘prehabilitation’ exercise regime, researchers have found. But does that also reduce those postoperative risks?
Jonathan Moran, of the department of physiotherapy at Trinity College Dublin, and colleagues reviewed the evidence on people having abdominal surgery for a number of different conditions.
Their search of databases revealed nine randomised controlled trials that detailed the prehabilitative exercises carried out and compared prehabilitation with usual care or active control groups.
The team found that prehabilitation (including inspiratory muscle training, aerobic exercise and/or resistance training) could reduce all types of postoperative complications.
However, the quality of the studies was rated as very low.
‘It is unclear from our meta-analysis whether prehabilitation can decrease postoperative length of stay, because the number of studies that examined length of stay was small,’ the authors added.
‘No postoperative mortality was reported in any study, and conclusions could not be drawn on the ability of exercise to influence operative mortality.’  Moran J et al. The ability of prehabilitation to influence postoperative outcome after intra-abdominal operation: a systematic review and meta-analysis, Surgery 2016.

The authors say that about 35 per cent of patients undergoing abdominal surgery experience postoperative complications. Although preoperative fitness is thought to predict the postoperative outcome, an earlier review of randomised controlled trials found limited evidence on the effects of prehabilitation in patients undergoing major abdominal surgery (Pouwels 2014, Moran 2016). This latest systematic review pools data from trials of different types of intra-abdominal operations.

The review authors found very low quality evidence in favour of prehabilitation when compared with a mix of usual care and active control groups.
Prehabilitation had a stronger effect on postoperative complications when compared with usual care only.
The review authors concluded that more high-quality trials are needed.
They downgraded the quality of the evidence for multiple factors, including methodological quality. In particular, they identified blinding as a common methodological issue in exercise-based trials.
Pouwels S et al. International Journal of Surgery 2014 - open access.

Task-oriented interventions seem the most effective treatments for developmental coordination disorder, according to a new review.
The disorder is believed to affect about one child in 20, leading to social and health problems as well as low achievement at school.
But researchers have found that much of the research into therapies has been of low quality. Many studies were too small, for example, or were not set up or conducted rigorously enough to give reliable results.
Nick Preston, of the University of Leeds, and colleagues investigated programmes involving physical exercise such as sports, movement, balance and motor training activities.
They set out to review the highest-quality evidence. After excluding all that fell below a certain level, the team were left with only nine randomised controlled trials to assess.
They found that some techniques previously thought to be possibly useful were not backed by reliable evidence.
‘Certain features seem to be shared by all effective interventions (e.g. a task-oriented approach) and may be useful as guiding principles in future research into an effective intervention,’ the team report.
‘Wii, core stability training, self-concept training, Tai Kwon Do, table tennis and aquatic therapy are not supported by the available evidence,’ they add.
The authors make recommendations for research that would give clearer results.
Noting that journals are more likely to publish studies with positive results than those showing that interventions proved ineffective, they call for all trials to be registered in advance.  Preston N et al. A systematic review of high-quality randomised controlled trials investigating motor skill programmes for children with developmental coordination disorder, Clinical Rehabilitation 2016; http://dx.doi.org/10.1177/026921551661014 - open access.