In our regular round-up on research items Janet Wright looks at some award-winning posters from Physio UK 2015. 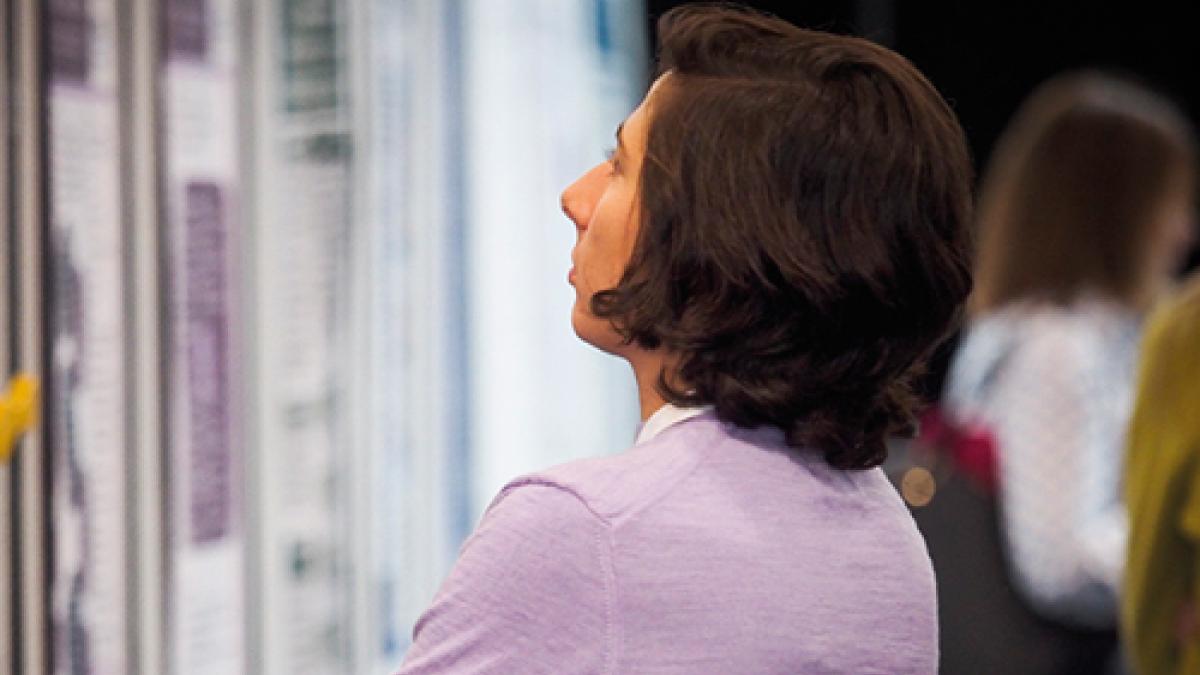 Posters allow researchers to present their abstracts in a striking way. There were four themed categories at last month's Physio UK, as well as one for students. We look at some of the winning entries.

Patients with severe heart failure have benefited from a new programme at Scotland’s Golden Jubilee National hospital in Clydebank.
Intensive-care patients using a short-term ventricular assist device – an external pump – are often too unwell to receive a transplant. Already deconditioned, they risk becoming weaker as they take limited exercise in or close to their beds.
‘Physiotherapy has a crucial role with this patient group as early mobilisation and exercise are vital,’ says Joanna McGrady, whose poster won her the Leading change award at Physiotherapy UK.
She and colleagues devised a multidisciplinary risk assessment tool to see whether patients could safely try walking. Two patients met the criteria, and were given gait practice as part of their rehabilitation. Physiotherapy and nursing checklists were completed before each session, and the patients made good progress with no ill-effects.
‘Both patients reported that being able to walk had a positive psychological impact on them and enhanced their experience of the rehabilitation process,’ says Ms McGrady.Ambulation of the short-term ventricular assist device patient.

Pregnancy leaves some women with a gap between the two sides of the rectus abdominis muscle where tissue has stretched. Causing lower back and pelvic-floor problems, this is especially common in older women with numerous children.
After the birth, physios treat women with exercises aimed at strengthening abdominal muscles and reducing the width of the stretched tissue, known as the inter-recti distance (IRD). The IRD is usually measured with the woman lying on her back, knees raised and feet flat.
Samantha Gillard, of Teesside University’s school of health and social care, and colleagues investigated whether the woman’s position affects the measurements. Ms Gillard won the poster award at the CSP’s annual conference for Research into practice.
Using ultrasound scanning and a 38-mm linear probe, she measured 41 women’s IRD at three points, with the women sitting and standing as well as lying. At every point, she found the IRD was wider when the woman was sitting or standing than when she was lying down. This calls into question the value of measurements taken when women are lying down, she says.
‘The findings also have implications for the posture in which exercises are carried out in, but this requires further research,’ she adds.
Effects of posture and anatomical location on the inter-recti distance measurement using ultrasound imaging in postnatal women.

Many people with obstructive sleep apnoea have to wear a mask-like Continuous Positive Airway Pressure (CPAP) device all night to keep them breathing while they’re asleep.
Recent research suggests that exercise may ease their symptoms, possibly enough to replace the CPAP device. More than two thirds of people with obstructive sleep apnoea are obese.
To help physios tailor their approach, CSP professional adviser Carley King and a colleague at London’s City University asked 13 people what motivated them to exercise and what obstructed them.
They identified a number of factors stemming from patients’ emotions, beliefs or circumstances. In some cases, what encouraged one person would be a barrier to someone else.
They also found that people’s attitude to using the CPAP device affected their attitude to exercising.
‘The unique combination of barriers and motivators for each individual is largely dependent on previous experience with exercise and a range of other personal factors,’ says Ms King, who won the poster award for Public health, prevention and wellbeing.
‘These findings can be used to explore potential barriers and motivators with patients in practice.’
Exploration of patient perspectives on exercise as a treatment for obstructive sleep apnoea: a qualitative study.

Can anxiety knock you off balance?

Some 60 per cent of people seeking treatment for dizziness caused by a vestibular disorder also suffer from anxiety. Physiotherapists have been looking into ways of helping patients deal with both these problems.
Andrew Walker, of the Health Innovation Network in London, and colleagues interviewed 10 physios in southern England about how they treated anxious patients and what influenced their practice.
‘Within vestibular rehabilitation there is a lack of evidence relating to psychosocial practice, which hinders our ability to understand what gaps may exist and to inform approaches to support workforce development,’ he says.
The interviewees saw a need for formal training and guidance on anxiety management, along with input by specialists and access to psychological support, possibly as part of a multidisciplinary team.
‘There is scope to develop tailored training and guidelines for physiotherapists about how to address anxiety in vestibular rehabilitation and a need to continue to expand pre-qualification training for physiotherapists on psychosocial approaches,’ says Mr Walker.
He won the Workforce development poster award. Physiotherapists' practice in the management of anxiety in patients with vestibular disorders.