Tom Gill says the 70th anniversary of the NHS is a time to celebrate – and to demand action on funding. 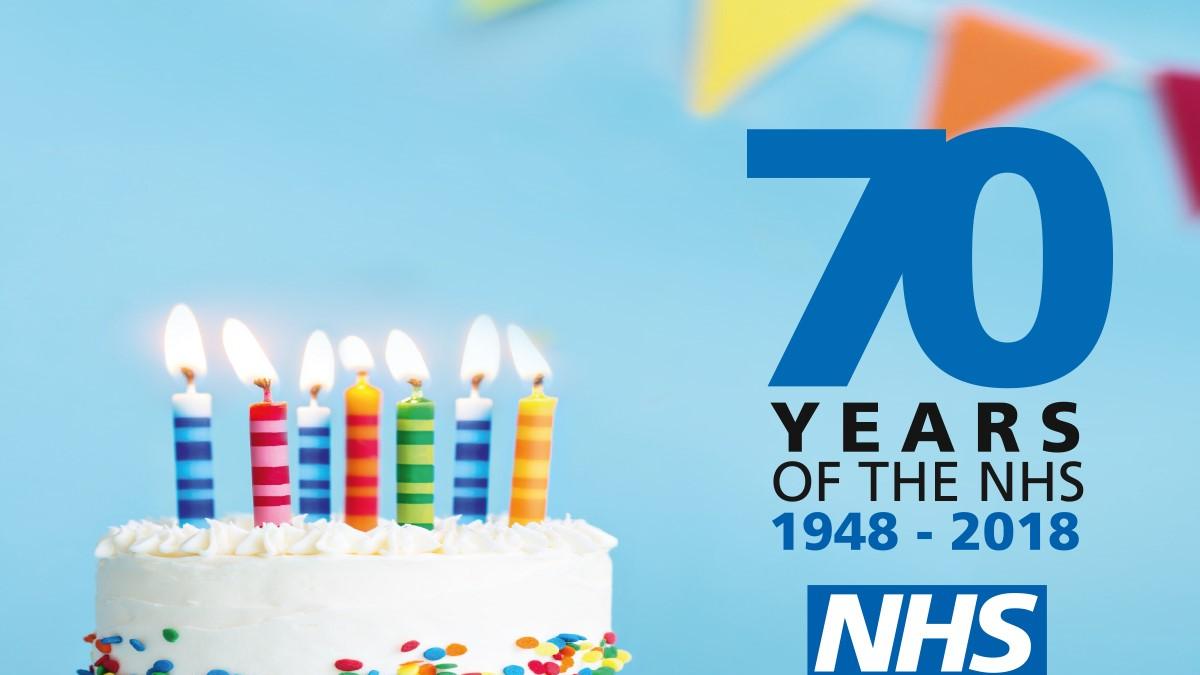 The CSP will be joining the nation in celebrating the 70th birthday of the NHS on July 5. The NHS remains Britain’s most cherished institution and studies show it is world-class. Its founding principles as a universal service, available to all and free at the point of need, continue to inspire health leaders globally and are a key motivator for its million-plus workforce.
Significantly for CSP members, without the NHS, physiotherapy wouldn’t have grown as a profession and developed into the global leader it is today, in terms of scope of practice, breadth of access and the cost-effectiveness it delivers to the health system and wider economy, as a new CSP briefing argues.
‘The collaborative culture, investment in the workforce and research and development, and opportunities for advanced roles have been a boon,’ says Steve Tolan, CSP head of practice. ‘The promise of increasingly integrated services, with services delivered closer to home, suggest strongly that within the NHS system this upwards curve will continue.’
That trajectory will endure, he argues, provided the CSP and its members continue, as they have done so effectively since the NHS was founded in 1948, to seize opportunities, influence decision-makers and provide them with evidence of the value of the profession.
Then, as Jim Fahie, CSP assistant director, points out, there’s the positive social partnership arrangements that deliver a strong staff voice and underpin quality employment standards.
For many, the 70th anniversary, as well as being a time to celebrate, will also be a moment to demonstrate and to demand action to ensure the NHS is properly funded. In recent years, the finances have not matched rapidly rising demand, as CSP members know too well from their everyday experiences of work in the NHS. The costs of this widening gap between the system’s resources and need has been borne by staff – stress, unpaid overtime, lack of equipment and inadequate staffing levels – and patients – lengthening waiting lists, shorter appointments and, ultimately, poorer quality of care.
Days before this article was drafted, the prime minister announced the government would increase NHS funding by £20 billion by 2023, an average of 3.4 per cent annually, up from the 2 per cent it has received in recent years.
This followed years of campaigning by unions, and the CSP, and has been welcomed. But the consensus is that the proposals fall short of what is needed and lack clarity, as the CSP put it. Rob Yeldham, CSP director of policy, strategy and engagement, said: ‘We can afford to fund the NHS and care if we choose to. We don’t spend the same proportion of our wealth on health as comparable economies.’

When Frontline talked to members at a training event for London stewards and safety reps at CSP headquarters, the pride they all feel in working for the NHS was palpable – but so were the concerns that it is badly short of funds.
Shelley, one of the physios at the training day, said: ‘The NHS is a world-leading service which has played its part in eradicating infectious diseases and pioneering new treatments. It has come a long way in 70 years. To have access to healthcare without having to pay through the nose for it is excellent and life-changing for many. This should be celebrated. I am incredibly proud to work for our NHS. We need to keep supporting it.’
She added: ‘Scientific advances and the fact that people live longer mean our NHS is needed more than ever. Staff work so hard to provide quality care and it is so frustrating when we don’t have the resources to do more.’
Belinda, a community physiotherapist, said: ‘The NHS is special because of the concept that healthcare is free at the first point of contact and not based on whether you can afford it. It is still a service which puts patients first. It needs more funding to ensure the quality of patient care is maintained. Services cannot continue to be delivered by overworked, stressed, unhappy staff.’
Sophie, another attendee, added: ‘Our population is growing and we don’t have enough staff, facilities or services. Patients are having to wait longer for treatment.’
And, of course, CSP members and their families are also users of the service. Sophie finds it ‘essential for my health and well-being. I feel supported and safe knowing I can access care.’ Chris, also at the event, added: ‘The NHS has cared for my family and myself on numerous occasions and has probably saved our lives.’.

Timeline: physiotherapy and the NHS

The extra funding announced by the prime minister in mid-June has been widely seen as insufficient for the NHS system to stabilise (that would require 4-5 per cent a year), let alone deliver the kind of transformation to new, more responsive and effective care the CSP has been championing.
Furthermore, concerns have been widely expressed that key areas like social care – where massive underfunding has placed an enormous burden on the NHS – public health and health education would be excluded or indeed cut further. In addition, if what the CSP has described as ‘unrealistic savings’ targets run in parallel to any new money for ‘already one of the most productive parts of the economy’, this would further diminish the real levels of new investment in the NHS.
The suggestion by the prime minister that the NHS budget would be partially funded by money clawed back from the European Union post-Brexit has added to uncertainty about the government’s commitment.
Download NHS70 – CSP briefing, and watch a video of two CSP members talking about experiences working in the NHS and why they believe the NHS needs to be properly funded here.