A matter of pride: streamlining community care in the West Midlands

The streamlined way in which community care services in one part of the West Midlands are being delivered is winning national plaudits, as Louise Hunt discovered. 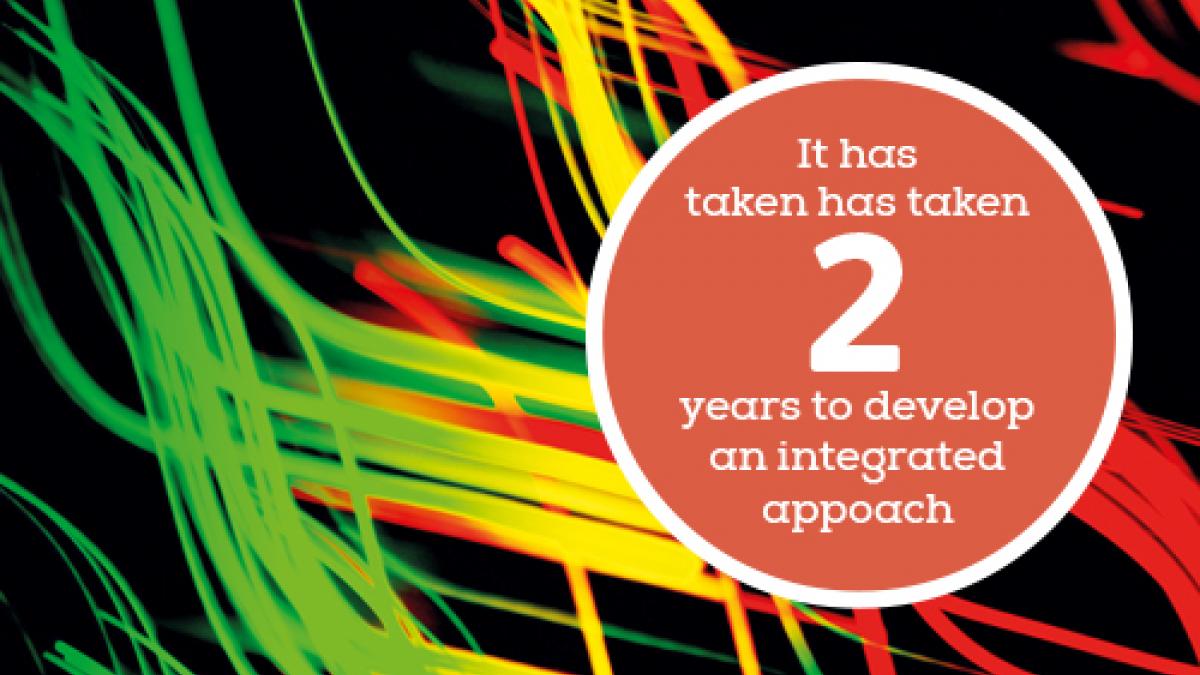 iCares – Sandwell Integrated Care Services – is described as both a service and an approach to managing adults with long-term conditions in the community irrespective of their diagnosis, location or age. An NHS service provided by Sandwell and West Birmingham Hospitals NHS Trust, it is delivered by locality teams across the borough.
Kate Nixon is one of the clinical team leaders and an occupational therapist (OT) by background. She explains how the model was created. ‘Historically, we had a community rehabilitation team and a community neuro team but patients had huge waits to be referred to the services – especially on the neuro side where patients were typically waiting two to three months for assessments,’ she says.
Community matrons and an ‘admissions avoidance’ service also came under the community rehab service’s umbrella. ‘We had three different parts of our service in different localities. So users of the services had multiple contact numbers and pathways to go through.
‘Clinicians and team leaders fundamentally knew it wasn’t working for our patients. They were often waiting too long to be seen. Regardless of what their need was, we were missing that rehab window,’ Ms Nixon adds.

The journey to integration has taken two years. The first step was to merge the community rehab and neuro teams into a single community rehab team.  Next was to integrate with the community matrons and other specialist nursing services and the admissions avoidance function. ‘So now we’ve got one telephone number for all of those services and we all come under one umbrella,’ Ms Nixon explains.
Altogether, the iCares team comprises physios, OTs, community matrons, specialist and district nurses, speech and language therapists, home accident prevention officers and rehab support workers. Their remit is to provide rehab and urgent care at home. Referrals come from the hospital, GPs, social services, other health workers and the patients themselves, who can self-refer.
The iCares team operates a triage system from its contact hub to identify patients’ level of need and the most appropriate members to make home or residential care visits. This is organised through a traffic lights system, explains Ms Nixon. Red for a visit within three hours in cases where patients might otherwise have to be admitted to hospital; orange for visits within 72 hours, to prevent a crisis situation, and green for routine rehab and patient self-management.
‘We have a core admissions avoidance team, but every clinician in locality teams contributes to the rota. We think it’s important that we all maintain our skills from an admissions avoidance point of view,’ she says, adding that band 5s would not go straight on to rota but would shadow senior clinicians until they felt comfortable to undertake crisis management.

Physiotherapists get involved in urgent ‘red stream’ visits if, for example, someone has fallen and the ambulance service thinks they don’t need be in hospital, but need an immediate care package. ‘In that scenario it may be that the physiotherapy goes straight out and meets the ambulance service there and looks at the patient’s needs, for example, putting together a package of care to support the crisis which we can access directly through social care and primary care.’ Eventually, that person would be transferred to the ‘green stream’, where therapists would provide ongoing support after a fall to try to build their strength and confidence again.
‘We are essentially trying to make our service responsive to what the person needs rather than their diagnosis predicting where they go,’ she adds.
‘And that’s a fundamental change to how it used to be. Before if you were referred with a fall you would be directed to the falls team regardless of whether it was a fall that day or a historical fall.’ While there are likely to be similar versions of this model elsewhere in the UK, the Sandwell approach is nationally regarded as a best practice example for integrating community services. It was, for example, cited in a 2014 paper published by the healthcare think tank the King’s Fund. fl

Here is the King’s Fund paper, titled Making health and care systems fit for an ageing population for your information and attention.

Community physiotherapist Julianne Statham describes what it is like to work in the iCares team.
One of the benefits of working in multidisciplinary team is, she says, being able to easily access information and advice from other professions, for example, the community matrons. ‘If we feel we need know more about a particular condition or disease then it’s quite easy to just ask in the office. We all have different interests in particular aspects of rehab and if we feel that the patient needs more than we can provide we will go with somebody else, so there’s a lot interdisciplinary working.’
Integrated working means she is able to support patients she might not otherwise have seen. Ms Statham gives the example of a 90-year-old woman, living on her own, who had had a few trips and falls so could no longer attend the dance classes she loved. ‘When she thought she had to give this up she became really despondent, she stopped eating and lost quite a lot of weight. The GP put her on antidepressants and referred her to the community matron, who then referred her to me.
‘I found out what her problems are and will work with her trying to overcome the vestibular problem and also suggest local groups that she could go to such as an Extend class [gentle exercise to music that is offered as part of Sandwell falls rehab group] that could help her keep active and improve her balance. She’s interested in joining.’
Before iCares, Ms Statham says she may not have seen this patient ‘because the community matrons didn’t really know who we are, so they would have kept looking at her nursing needs and we would have maybe seen her if she’d broken her hip, so I think that we get people earlier now. We can help them when they’re still interested in rehab – keeping their lives active and open – rather than it being a question of just keeping them safe.’
Another example is of a 16-year-old boy with the progressive neurological condition spinal muscular atrophy. ‘He was referred to me from the paediatric service as a transitional referral because he had difficulty engaging with therapy,’ she explains. Having been told he could not attend college because staff could not support his toileting needs, the boy ‘switched off’ from therapy. He was also playing computer games all night and sleeping all day, Ms Statham says.

Family situations can be complex and it’s important to look at the wider picture, says Ms Statham. ‘I’m explaining to him and his mother why it is important for him to wear his splints in a graded way, then moving on to a standing frame to see if we can get him back into college.’
This work is possible because the iCares service providers made a conscious effort to improve links with the paediatric service. ‘In this guy’s case we had two joint visits [with a paediatric physio] so the transitional phase worked better than in the past, as I was able to learn a lot more about the family. Before we may just have read about his situation on paper and not really understood the family pressures,’ says Ms Statham.
Kate Nixon adds that the iCares model should put paid to any notions that community physiotherapy is not as ‘sexy’ as some specialist services.
‘What we’d really like to do is develop the community expert role. Our physios have a huge amount of expert physio knowledge but can walk into any complex social situation and signpost and manage them accordingly. As a team leader, I’m incredibly proud of the service and we want that to be an appealing function.’