Keeping it in the family: physio through the generations

What’s it like to have a close relative in the same profession? Robert Millett speaks to members of three physiotherapy families to find out 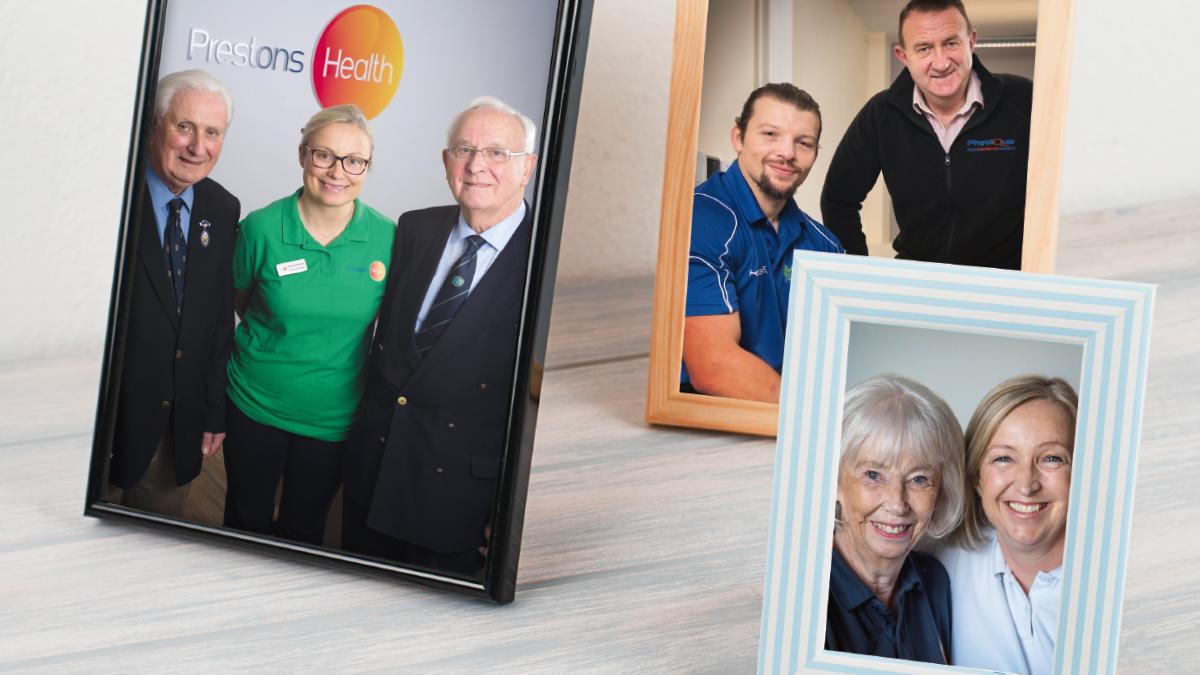 Helen Preston, director of a private physiotherapy practice in Peterborough, is the sixth physiotherapist in her family. ‘My dad, William Preston, and his twin, George, are both retired physios,’ Helen says. ‘And my grandfather was the physio for Peterborough United FC for 25 years.’ In addition, her father’s cousin and his wife are physiotherapists.

Helen remembers being fascinated as a child by her father’s work. ‘His practice was in a building next door to our home and my mum worked there, too, as his secretary and business manager. I used to go in and answer the phone and there are pictures of me, aged four, in the practice doing things.’

There was no pressure on Helen to follow her father into physiotherapy. ‘I’m quite an empathetic person, so I was always going to go into some sort of caring profession,’ she says. ‘I never wanted to be a nurse because I didn’t want to work under a doctor and I think the autonomy of physiotherapy attracted me.’

After graduating from the University of Birmingham, Helen worked as a physio in the NHS for four years before her father retired and offered her the opportunity to take over his business. She jumped at the chance and they worked together for six months before he left her in charge.

‘I never wanted to be a nurse because I didn’t want to work under a doctor and I think the autonomy of physiotherapy attracted me.’

During the handover period, it became clear that they had different approaches to treatment. ‘He was really helpful the whole way through, but it was quite a challenge because physiotherapy techniques and thinking have changed,’ Helen says.

‘For instance, my dad’s generation of private physios used a lot of electrotherapy. But the evidence base for electrotherapy hasn’t really progressed and I’ve been brought up in a generation where it isn’t used much.’

As a result, Helen found she had to wean some of her father’s regular patients off electrotherapy. Traditionally, if patients came in with a bad back, my dad might have given a combination of advice, manual therapy and electrotherapy,’ she says.

‘I was reluctant to use it and now we don’t offer it at all. ‘We’ve moved towards more of an empowerment model, which promotes what people can do to maximise their own recovery and is more active than passive. The evidence tells us that’s what works.’

History may repeat itself, Helen thinks. ‘My daughter is seven and already loves it. She even volunteers to sit on reception with my receptionist. Also, my niece is very sports-oriented and likes the sports side of treatment.’

Nathan Barnett works with his father, Tony, in a private clinic in Bangor, County Down. He was heavily influenced by his father’s career.

‘I competed in a lot of elite sports growing up and was frequently injured, so having a physio in the family was a massive help. More often than not, I wanted a quick fix but my dad got me interested in the anatomy and treatment, prevention and rehabilitation of my more persistent injuries.’

Tony trained as a physiotherapist when Nathan was a child, and Nathan remembers his father quizzing him about muscle origins and insertions. ‘It became part of my daily life so the seed was planted at an early stage.’

Nathan went on to study physiotherapy at the University of Ulster and, after qualifying, went to work at the family practice with his father.

‘It was a baptism of fire – as a new graduate I felt more prepared for ward-based work because that’s where most of my placements had been,’ he says.

‘Thankfully, my dad hand-picked my caseload and kept an eye on my patient management for the first few months to make sure I wasn’t overwhelmed. So that was definitely a benefit of working with family.’

I’m fairly sure my mother is sick of hearing about neck and back pain, inversion sprains and rotator cuff tendinopathies!’

Sharing the same profession as his father does have a drawback, he says. ‘We often talk shop when I visit the family at the weekends. It’s fine for my dad and me but I’m fairly sure my mother is sick of hearing about neck and back pain, inversion sprains and rotator cuff tendinopathies!’

Nathan says he and Tony have similar approaches to treatment. ‘I may put a little more emphasis on exercise prescription but it’s a marginal difference,’ he says.

‘And we’ve both completed post-graduate training in manipulation, the Cyriax approach, the McKenzie Method, dry needling and more.’ So far, there is no sign of any other potential physios in the family. ‘But my little brother is a doctor so please try to avoid getting sick or injured in the Brighton area if at all possible,’ jokes Nathan.

A great job to pass on

Julie Gray is a private physiotherapist with clinics in Newton Mearns and East Kilbride, south of Glasgow. She was inspired by her mother, Joan Johnston, who has now retired.

‘I remember as a child being asked what I wanted to do when I grew up and I’d say a physiotherapist. People would ask, “What’s that?” It shows you how much things have changed,’ says Julie. I suppose I was more aware because of my mum’s role. She used to say, “This is a great job!” So she encouraged my interest.

Their working lives have been very different. After working in the NHS, Julie set up her own clinics, while Joan stayed with the NHS. ‘She worked at the Western General Hospital in Glasgow when she qualified, then left to have a family,’ Julie says.

‘In the mid-70s, when I was just going to school, the NHS was short of physios. So they contacted qualified people and asked if they would like to go back to work.’

‘I remember as a child being asked what I wanted to do when I grew up and I’d say a physiotherapist.

As a result, Joan returned in a part-time NHS role, providing a mixture of ward-based and outpatient rehabilitation at a community hospital. Today, mother and daughter occasionally compare experiences and talk about how physiotherapy has evolved.

‘When my mum graduated, physio was very prescriptive and I think that has been the major change,’ says Julie. ‘In those days, the doctor made a referral and said to the physiotherapist, “I want this patient to have X, Y and Z.” Now we have much more autonomy.’

Looking to the future, Julie says one of her three children may be suited to a career in physiotherapy. ‘I think my youngest son, who is 10, would make a brilliant physio. He has a caring attitude, he’s interested in what I do and is aware of people’s feelings.’

For more information on the report from Facebook, see bit.ly/2zPyekI