As the CSP launches a mentoring scheme for overseas qualified members who are new to the UK, Robert Millett speaks to four physios who have already made the move. 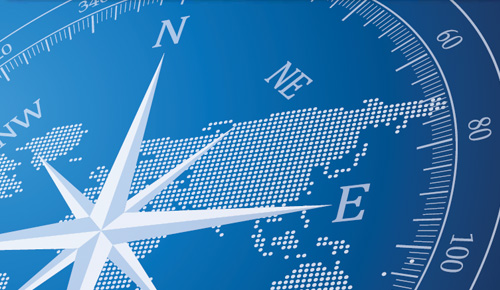 There are currently about 3,000 overseas qualified members of the society. Many have been in the UK for many years and are fully settled, but there is an increasing number of new arrivals.

Every year about 500 new overseas qualified physiotherapists apply to the Health and Care Professions Council (HCPC) to obtain legal registration to practise here.

On arrival, they face a number of challenges. Meeting the HCPC’s requirements can be a lengthy and demanding task, and applicants often volunteer to gain work experience before they are able to secure paid employment.

In addition, many have to negotiate subtle cultural differences; master an understanding of the complicated structure of the NHS and adjust to the way physiotherapy operates in the UK.

To support people in this situation the society has launched a new mentoring scheme, which is designed to help overseas qualified members adapt to professional life in the UK.

Birgit Mueller-Winkler, the CSP’s professional adviser for international development, says the scheme will provide an easy way for members to learn from each other.

‘We are offering members an opportunity to get in touch and share experiences which might be helpful,’ says Mrs Mueller-Winkler.

‘It will allow individuals who are fairly new to the UK to benefit from the advice, insight and knowledge gained by members who have been here much longer.’

The CSP can put newcomers in touch with a mentor who qualified in their country or in a similar geographical region.

All the mentors are volunteers. Mrs Mueller-Winkler explains that each mentoring session will be conducted in an informal manner, and in a style that suits each individual.

‘The mentors will set the scene and decide how they want to communicate,’ says Ms Mueller-Winkler.

‘It could be by email, by telephone or by meeting-up in person. And it is up to each mentor to decide how much time they want to dedicate. It could be a one-off or a regular occurrence.’

The content of mentoring sessions will also vary, but Mrs Mueller-Winkler says the advice will not concentrate on subjects such as techniques or physiotherapy standards.

Rather it will focus on topics such as cultural and social differences, promoting effective communication with colleagues and patients, dealing with commonly encountered problems and raising self-confidence.

The mentors are also set to benefit from the scheme, says Mrs Mueller-Winkler, as it will offer a good continuing professional development opportunity.

‘For the volunteers it provides some experience of managing people, understanding their concerns and giving guidance. It also allows them to reflect on their own history and assess their own experiences.’

For more information on the scheme, or to volunteer as a mentor, contact CSP professional adviser Birgit Mueller-Winkler.  Email: international@csp.org.uk Visit the Overseas Qualified page on the website

Myless Mwanza works for Whittington Health NHS Trust in London, where she is an outreach lead therapist in intermediate care.

Originally from Lusaka, Zambia, she has worked in the capital since 1995.

‘I always wanted to specialise in neurological rehabilitation and complex needs and working in the UK gives you the flexibility to practise your speciality,’ says Mrs Mwanza.

‘But it was hard work at first to adapt. The environment, the culture and the structure were all very different.’

In light of her own experience Mrs Mwanza believes the mentor scheme is a good idea. She recently participated in an induction day for overseas-trained physiotherapists, and she has already volunteered to be a mentor on the scheme.

‘Britain has a lot of cultural diversity so it is important that we develop and acquire a broad skills mix,’ says Mrs Mwanza.

‘Physiotherapists everywhere follow the same practices. Knowledge, skills, standards and ethics are the same in most countries, but what sometimes differs is the workload, and the attitude of patients and the general public.

What would her ‘take home’ message be? ‘My advice is to practise as a professional. Respect each patient’s values and national culture and treat each person as an individual.’

Margit Hanssen comes from the city of Aarhus, Denmark, but now lives in Swansea.

She works as a band 5 physiotherapist for Abertawe Bro Morgannwg University Health Board.

After graduating in January 2011, Ms Hanssen initially worked in Denmark as a physiotherapist on a hyper-acute stroke unit, before moving to the UK to be with her partner.

Like many overseas-qualified members she started off working as a volunteer, in her case on an NHS rehabilitation ward.

She soon found there were lots of differences in our health system, and these took time to get used to. One example is the banding scale, which does not exist in Denmark.

As Ms Hanssen explains, physiotherapists in her country are generally ‘all regarded the same way’ regardless of their experience.

But the greatest challenge she faced was securing a job. ‘The whole process of writing applications and going to interviews is very different here, so that took a very long time to learn and adjust to,’ she says.

In this context Ms Hanssen is very enthusiastic about the potential benefits of the mentoring scheme.

‘I think it’s a great idea and I have already volunteered to be a mentor. Hopefully it will help with the type of cultural differences that I met when writing applications and attending interviews.’

Danijela Joksimovic hails from the town of Užice in Serbia but now works in London as a bank physiotherapist at Guy’s and St Thomas’ NHS Foundation Trust.

After graduating in 2007 she worked in Serbia for a year before deciding to move to the UK. However, becoming recognised and registered as a physiotherapist proved to be a difficult process.

‘Unlike in most other European countries physiotherapists in the UK are autonomous practitioners, so I wanted to develop my career here – plus I fell in love with London,’ says Miss Joksimovic.

‘But it took me almost five years to gain my HCPC registration and finally start working as a physiotherapist.’

While waiting for her registration she worked as a physio rehab assistant at the Royal Marsden NHS Foundation Trust. She says it was a difficult, yet simultaneously rewarding, time and credits the support of her physiotherapy leads – along with guidance she received from the CSP – for helping her through the process.

Miss Joksimovic says the mentoring scheme is ‘a brilliant idea’ and believes it will make the transition process for overseas qualified members much easier.

‘Dealing with a different language, a different culture and lots of cultural diversity makes everything much more interesting.’ She adds: ‘It is, however, very challenging.’

Chirag Patel is originally from the Himatnagar, Gujarat, India, but he has lived and worked in London for the last eight years.

After graduating in India in 2003 he spent two years working as a junior physiotherapist before he came to the UK, seeking to expand his knowledge. He is now the clinical lead physiotherapist for the adult therapy and intermediate care team at Lewisham and Greenwich NHS Trust, but he says finding a job was no easy task.

‘I got 18 refusals from interviews while looking for my first job,’ he says.

‘But I didn’t lose courage and just kept applying.’

‘There is a lot of emphasis on multidisciplinary team working, the social model of care and detailed documentation.

There are also communication and cultural differences and variations in patients’ expectations.

‘You have to overcome all these by learning from others, on the job observations and learning by doing.’