Rugby enthusiasts will get a treat when the Rugby World Cup kicks off on 18 September. Graham Clews talks to the physios who keep the British and Irish players fit. 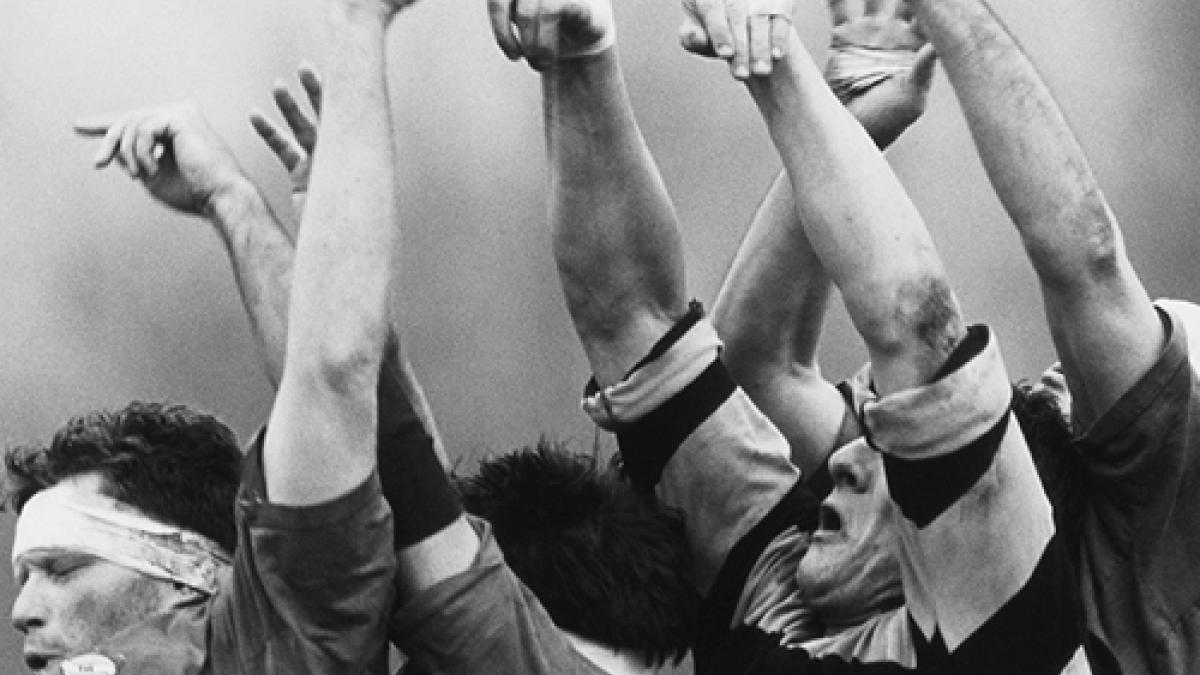 This autumn, rugby is coming home. England (and Cardiff) will host the world’s best 20 international teams in a six-week-long jamboree that is the Rugby World Cup.
Matches will be played from Newcastle upon Tyne to Brighton, football grounds and the Olympic stadium will stage fixtures, and fans will flood in from across the rugby-playing world, with tickets changing hands for hundreds of pounds.
While the fans party, the players and their support teams will be more focused than ever. Since rugby union became professional in the 1990s, the players’ training and conditioning hit new levels. Combined with the combative nature of the game, this makes it a sport where physios earn their salaries like no other.
Senior England team physiotherapists Richard Bamford, Barney Kenny, Dan Lewindon and Phil Pask were locked down at a training camp in Denver, Colorado, USA, last month but found time to respond to our questions by email.

How has elite level rugby physiotherapy evolved since the last World Cup?

‘One of the major changes has been the development of a more integrated approach where physiotherapists are more aligned and in tune with the strength and conditioning and sports science members of the management team, creating one “performance team”. This strategy promotes a far more detailed understanding and individualised approach towards every player and their training.
‘Part of this model will include understanding how much work a player has done and what strategies we can use to tailor sessions to expose them to the right amount of rugby and fitness, not only protecting them from injury but to allow them to get the most out of their rugby training and conditioning.’

How do you manage the risks of serious injury in elite level rugby?

‘We have a very collective approach to how we monitor players and mitigate risk through a training camp and competition.
‘All players complete daily questionnaires to monitor soreness and sleep quality and complete physical checks to monitor response to training. We meet as a team on a daily basis to review all the players’ responses in conjunction with training data that will include information collected from gym-based testing and on-field data. We are fortunate to have highly-experienced sports scientists, Ben Pollard and Robin Eager, who collate information using GPS, accelerometry and heart rate to get a detailed picture of training demand and tolerance in relation to the demands of the international game.
‘All this information allows us to have pretty robust conversations around each individual player, their tolerance to the training they are doing and any signs and symptoms that warrant caution.
‘We have a dedicated preparation period at the start of every training day, giving players the opportunity to be reviewed clinically and complete mobility sessions to ensure they are ready to train effectively’.

How does tournament physiotherapy differ from your practice during the rest of the season?

‘It’s mainly the timeframes that change. During a training camp we have a period where we can control most of the factors and it’s relatively straightforward. When you get into the tournament we still use a very safe and sensible approach to the treatment and rehabilitation of players but the pressure of making players available for selection introduces a time constraint.’

Does working at a major tournament affect you and how do you maintain your focus and concentration during vital matches?

‘Having been through major tournaments before we understand that maintaining energy levels is vital. We therefore make every effort to manage our workloads effectively and equally to make sure that we have some downtime each week to get away from the stress of rugby. It can be difficult because there is a lot of scrutiny, especially around injuries, but we all make a real effort to keep ourselves fresh.’

What are the best and worst parts of working at a Rugby World Cup?

‘The best part is working with the top players in England and the performance team and coaches. There is no worst part … to be involved at the highest level in international rugby, in the best rugby tournament on home soil is a very fortunate opportunity!’
The biggest challenge facing all teams’ physios is the number of high-intensity matches held in quick succession.
National medical manager for the Welsh Rugby Union Prav Mathena, who also worked on the last two British Lions tours, says: ‘Tournament physiotherapy is intense with every hour of every day counting towards player availability for selection and training. Being able to train and prepare is an essential part of competition and preparation. Tournament physiotherapy is always conducted over a 24-hour period.’
Paul McGinley, Scotland national team physio and head of performance medical, says players have to be turned around in a very short time, often less than a week, while still doing general training in the run-up to the next game.
‘A player who misses out in readiness by a day may not be able to get back into a team, or the team may be compromised as a result,’ he says. ‘Coaches and players need to be able to trust you are making the right call.’
‘We plan for these tournaments for many months in advance and, critically, the training schedules and strategies are agreed long in advance to ensure we feel we are all giving the players the best chance to perform.
‘During matches it’s important to focus on your pitch side role when the game gets lively and the instinct is to watch the rugby, which means you could miss an incident with a player. I do a small mental rehearsal routine before the game and through it to ensure I am focused and have prepared as well as I can and stay emotionally detached.’

James Allen, Irish national team physio, says the medical team must keep coaches fully updated with the players’ wellbeing throughout the tournament, to help them decide what modifications might ensure each player arrives at match day in the best possible shape.
‘With the excitement of being at the world cup, combined with the logistical demands of moving bases frequently, it could be easy to allow small details to go unmentioned. I’ll be diligent in communicating as clearly as possible to the coaching staff.’
Rugby is among a number of sports that has seen controversy over concussion recognition and management since the last World Cup, but Mr Allen says the situation is being addressed.
‘There have been significant changes to match-day practices, all for the long-term safety and wellbeing of the players,’ he says.
‘There have also been many technological developments that allow for more accurate weekly monitoring of the players, allowing the physiotherapist to intervene before a minor issue develops into an injury.’
During the tournament, Paul McGinley and his Scottish medical team, will identify functional deficits through specific tests which will be compared to other player populations to ensure man has a bespoke improvement plan.

All serious injuries likely to be experienced are considered during the process, such as knee control for risk of anterior cruciate ligament injury. The team then looks to introduce changes to training and ‘prehab’ programmes to ensure any identifiable risks are targeted. This is then integrated into training plans.
Prav Mathena adds: ‘Inadequate biomechanics, suboptimal conditioning and incorrect technical ability are just some of the areas where injury prevention can be undertaken.
‘Taking past medical history into account is also essential in this process so that we can manage and adapt training loads.’
All the physios will strive to keep their players safe and well, but also want their country to lift the trophy in the final at Twickenham, the ‘home of English rugby’.  fl