Five of the best: CSP reps talk about supporting colleagues in the workplace

Five CSP reps tell Daniel Allen about the satisfaction they gain from playing a key role by supporting colleagues in the workplace. 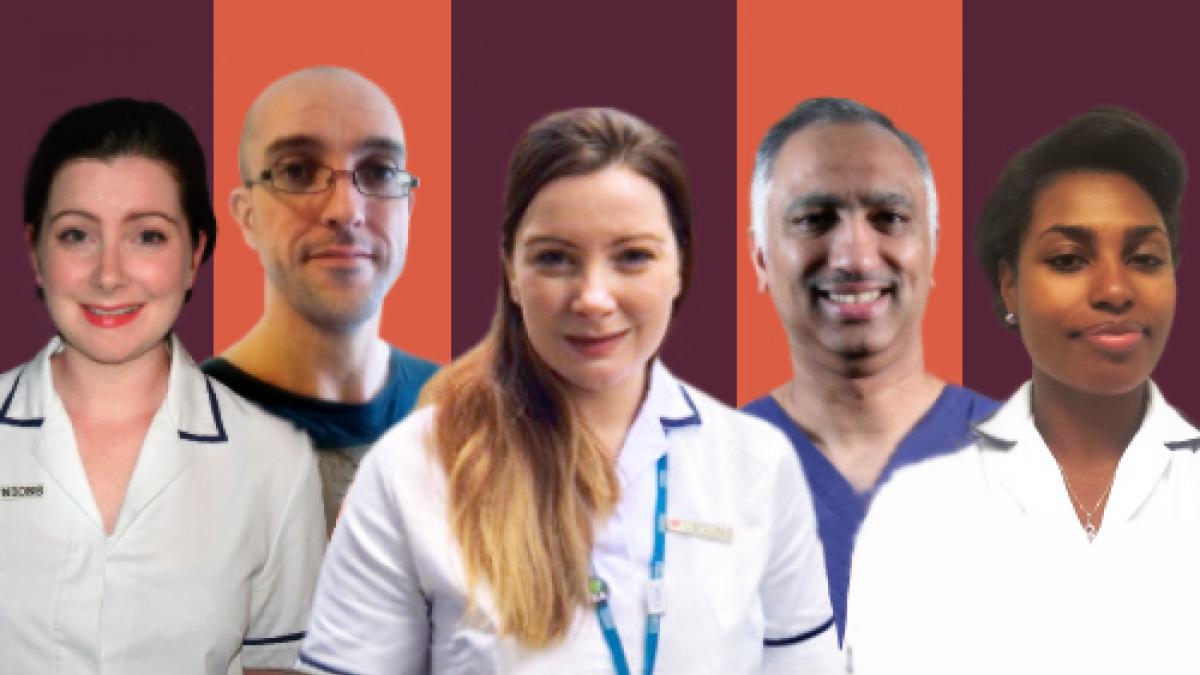 Thinking about your personal and professional development? There’s a lot to be said for becoming a CSP rep. Many of those who have taken on the role agree that it has strengthened their communication and negotiation skills and given them greater insight into how the wheels turn in their employing organisation. Could it be for you?

Melissa Jackson, a band 7 physiotherapist in a community rehabilitation team, has been a CSP steward at Homerton University Hospital in east London for five years. When she agreed to step forward and represent her fellow CSP members, she was, she admits, not exactly sure what the role would entail.
‘I understood from the people I was taking over from that it was a great opportunity to develop your skills and a better understanding of how the trust and the NHS as a whole work,’ she says. ‘What I didn’t expect was the amount of enjoyment I get out of casework – helping my colleagues whenever they need support. That’s the most rewarding part.’
Cases can be long and complex so good time management is vital, says Ms Jackson. ‘That can be a problem for some stewards because we want to do our jobs – I’m a physiotherapist first. But at the end of the day, most of our managers are CSP members as well so they understand how important the work is. I’ve found them to be quite good at allowing me time to do my steward work.’

Nathan Benson has also found his managers are willing to back him. Mr Benson, a rotational senior physio based at NHS Lanarkshire’s Hairmyres Hospital, has been a steward for just a few months. With a local restructuring underway and potential changes to roles, he wanted to gain more understanding of the way decisions are made about service delivery, as well as offering help to members.
‘My manager has been very supportive of me taking on the role,’ says Mr Benson. ‘I know the last rep was very active, very involved, so managers are receptive to union input.’
Does Mr Benson find that any of the skills and attributes he has gained as a physio transfer to being a steward? ‘Yes, a lot,’ he says. ‘Part of the reason I chose to become a rep was to support colleagues – potential disciplinary issues, for example – and every physio I have ever met has always been very supportive and keen for people to get back to what they were doing. I very much feel it’s the same job but doing it slightly differently and for colleagues rather than patients.’

A lot of responsibility comes with representing others and that can feel daunting for those coming fresh to the representative role. But, says Usman Arif, a health and safety rep at Bolton NHS Trust, the CSP training provided to support people new to the role is top quality.
‘It definitely helps, knowing the rules and regulations that govern health and safety, and the training really enhanced my understanding – the regulations are very well covered.’
Usman, an extended scope physio working in outpatients and A&E, is now two years into his position as a safety rep. ‘Really it’s about trying to ensure a safe working environment for all the staff and you do that by promoting a culture that allows them to openly raise any issues that may be of concern to them.’
He too finds that his physiotherapist’s communication skills transfer easily into union activity. ‘As a physiotherapist, I have a good understanding of anatomy and biomechanics which helps when looking at ergonomics and human factors of workplace injuries.’
He says he was apprehensive when he started as a rep but adds: ‘If I’d known the amount of support and development the CSP provided, I probably wouldn’t have been.’

To be successful as a rep, it also pays to be flexible. As Nicola Powell, a CSP steward at Frimley Park Hospital in Surrey, explains, a rep’s workload might involve car parking issues one day, flexible working the next, and then negotiating the pay protection policy with senior management.
‘I suppose what I’m hoping to achieve as a steward is resolution of anything members are having an issue with,’ she says.
Sometimes, as with the car parking issue at her trust, compromise might be necessary. ‘But I think we’ve found a good compromise. It’s not perfect for everyone but that’s how compromise works.’
As well as wanting to understand more about trust processes, Ms Powell was attracted to the steward role because it offered an opportunity to learn about negotiation and gain further leadership skills.
Of all the discussions and exercises she took part in during her four-day CSP training course – which she describes as ‘superb’ – she says the role play was especially helpful. ‘We played both sides – CSP member and a rep – and we also tried to consider things from the manager’s point of view as well.’
Reps speak highly of their initial training but they also emphasise the ongoing help and support available to them.
Some of that comes from other CSP stewards and safety reps locally, some from staff side representatives of other unions and a lot from CSP senior negotiating officers, who are always on hand to advise and suggest a course of action.

Manesssa Faal, a steward and rotational band 6 at Abertawe Bro Morgannwg University Health Board, says: ‘If there’s anything we need a little more guidance on, we have support from our negotiating officers. They’re really good and we can contact them in order to gain more help and information – on policies and things like that and where we stand from a legal point of view.’
Miss Faal also regularly meets with and emails the health board’s other CSP reps to exchange ideas and offer each other support on individual cases. ‘It’s very much a team,’ she says. ‘We deal with issues individually but we always discuss things because everybody’s got different experiences. That’s the best way to do it really, isn’t it?’
For any members considering standing as a steward, there’s a lot more information on the CSP website (see box). Reps play an essential role: as well as giving support to local members, they provide a CSP voice in the workplace and feedback important information on the problems and challenges the membership is facing. fl

Would you recommend the role to others?

If you are having problems at work, talk to your CSP rep first.  If you don’t have a rep or need further advice contact the CSP enquiries team. For more information, visit: www.csp.org.uk/about-csp/contact-us

Being a CSP rep

‘The role of the steward or safety rep may feel daunting at first,’ says Claire Sullivan, director of the CSP’s employment relations and union services (ERUS) directorate. ‘But don’t worry – you won’t be on your own.’
Reps are part of a large network of support including other CSP reps in the employing organisation and region, and a regional steward and safety rep, which are also elected roles.
As a rep, you would have the support of the ERUS directorate, especially the senior negotiating officer in your region or country. These officers are employed by the CSP to help, support and advise workplace reps to carry out their role. CSP stewards and safety reps are provided with full induction training and regular regional or country training days to develop the skills, knowledge and confidence to fulfil their role.