Meet CSP members who have been redeployed during the pandemic

Throughout the Covid-19 pandemic physiotherapy staff across the UK have been performing critical roles in both primary care and community settings. While some have remained within their normal roles, others have been redeployed to work in new, unfamiliar settings where they’ve been required to rapidly pick up new skills.

‘The flexibility that members have shown over the last few months has been absolutely incredible,’ says Rob Yeldham, CSP director of strategy, policy and engagement.

‘There’s been a need for more physios in ICU and acute settings, and for the crucial rehab they provide to people recovering from Covid-19 – as well for non-Covid patients with ongoing and essential rehab needs.’

This need has also led to an increased recognition of the wider physiotherapy workforce which, Rob adds, includes private practitioners, retired physiotherapists, support workers and physio students – who have all been brought in, where needed, to support the NHS.

However, geographical variations in the prevalence of the virus – along with the fact that different registration systems exist in each of the UK’s four countries – has meant the redeployment of so many physiotherapy staff has not been without its challenges.

‘We’ve heard from students and private practitioners who are frustrated because they’ve registered to help, but they haven’t been called on yet,’ says Rob.

‘Whereas in other areas, due to the local circumstances, large numbers have been used.’ 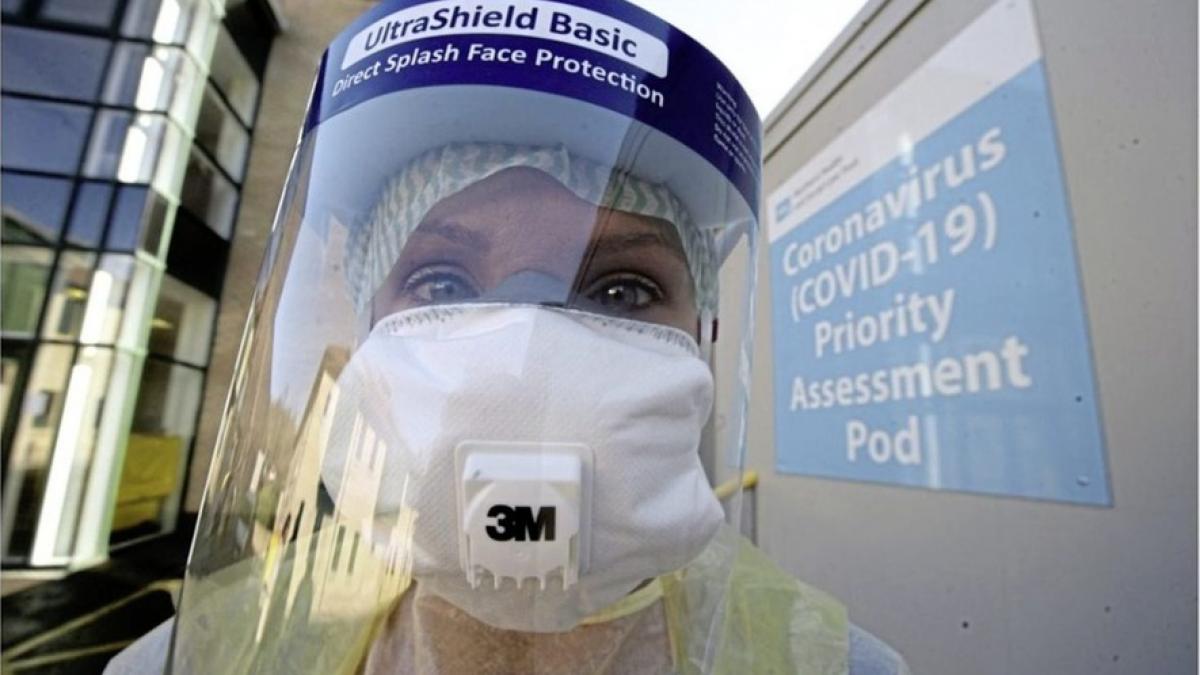 The initial response to the pandemic led to many staff being moved from community settings into acute care, which has caused concerns about the detrimental knock-on effect these redeployments may have had on the health of non-Covid patients.

In addition, many redeployed members have found themselves undertaking tasks and activities that fall far outside their normal scope of practice.

However, as CSP professional adviser Claire Fordham explains:‘The HCPC has been very clear that, during this pandemic, it’s entirely acceptable and understandable that people need to work across the usual boundaries of professional sectors and settings.

‘But you must still work within your personal scope, which means you should ensure that you receive sufficient training and are competent to undertake the tasks and responsibilities you are being asked to do.’

Physiotherapy staff have every right to question the reasoning behind their redeployment and raise concerns about working outside their usual scope of practice, Rob Yeldham says.

In the first instance, you should talk to your manager about what the reason is for your redeployment and what you’re been asked to do.

Members who don’t have access to a local rep can contact the CSP enquires team, or make use of online advice and resources about upskilling and redeployment issues.

‘Whatever your role and wherever you work in the health care system, the CSP is here to help you, so make use of us,’ he adds.

Returning to the frontline

But at the start of the Covid crisis she took on a leadership role and became responsible for managing redeployment of physio to the regional Nightingale unit.

These new responsibilities prompted her to step back into uniform and return to the frontline.

‘I thought it was important to know exactly what physio staff were going into, and what the challenges were on the ground,’ she explains.

She learnt that physiotherapy staff ‘were anxious not for themselves, but for their families, their patients and also having the right equipment for the job.’

To address these concerns, the trust made the psychological and physical safety of staff a priority; training support staff to carry out new roles and providing clear steer on issues such as PPE.

‘What I learnt from being on the frontline was the importance of briefing staff in an open and honest way so they are best prepared for what they are going to face and what they might be asked to do,’ Ann says.

In the early days of the outbreak, the trust was only redeploying physio staff who had respiratory and ICU skills to Covid-19 sites.

However, as patient numbers increased, it became clear they needed to make use of core rehabilitation skills from all areas of physiotherapy.

‘There was high-level planning in a rapid time frame to undertake a massive redeployment of staff from all areas,’  Ann recalls.

And we mobilised our most precious resource – staffing – to make sure we met the challenge of providing care for our most vulnerable.

‘Everyone – from MSK to support staff – has done an amazing job, stepping into new roles, supporting each other and working above and beyond what anyone could ask them to do.’

CSP associate members have also been redeployed into a variety of roles and settings, where they’ve used their skills, knowledge and expertise.

At Belfast Trust, with many staff off work due to self-isolation and rising numbers of corona patients, fit-testing was prioritised to ensure a safe working environment.

Physiotherapy assistant Naomi Morgan was redeployed and retrained to deliver fit-testing for AHPs.

In her new role, which includes making sure masks are safe to wear, she works extra hours alongside three other support workers.

‘I was anxious about starting this position,’ she admits.

‘As I was aware of Covid-19 cases among both staff and patients, but my fears diminished when I met the team I work with.’

Naomi was redeployed to an elderly care facility, which has been turned into a Covid-19 site.

Witnessing the effects of the virus on elderly patients has inspired her, she says, to ‘give her all’ to aid the rehab process.

‘It’s a slow and painful process, but I’m proud to say that with physiotherapy, patients are being strengthened – both physically and mentally.’

‘And to be a part of this process is a privilege, in this time of national need and emergency – and I’ve been equipped with a new set of skills to do this.’

Prior to the pandemic, first-year student James Phillips was a band 3 technical instructor/physiotherapy assistant at Betsi Cadwaladr University Health Board.

In April he was redeployed to support a new 24-hour physio service, formed in response to the outbreak.

Assigned to one of the new ‘proning teams’, he worked alongside three physios. Initially, their main role was to assist with the proning of ventilated Covid-19 patients but, as team lead Richard Hayes explains: ‘As time has gone by our roles have evolved with the changing status of the patients under our care.

‘We now assist nursing staff with rolls, repositioning and personal care, while also maintaining our responsibility as physios in chest and limb care.’

It’s been a great learning experience – especially, since my first placement was cancelled.

‘We’ve all learnt new skills and had the chance to bond with staff and professions that we wouldn’t normally have the opportunity to spend so much time with.’

She carried on working in private practice, mainly providing ‘domiciliary visits to children and adults with neurological problems’ she says.

But when the pandemic struck this work ceased.

She responded to the NHS appeal for health professionals to return to practice and was quickly recruited to work at a local hospital, in a care of the elderly role.

She took on the role for three weeks, until patient numbers reduced and her services were no longer needed, but she says:‘I’ve been told I may be needed again in the future, as staff get redeployed and more patients require rehab as they recover from Covid-19.’

As infection rates fall, the need for physiotherapists to redeploy into roles in acute settings is reducing, shifting instead towards an increasing need for physio staff to work in community settings.

‘As our services settle back in to some sort of normality, there is an unprecedented need for community rehab, for both Covid and non-Covid patients,’ says Gill Rawlinson, CSP assistant director of practice and development.

As a result, many members who work in the community but have recently been redeployed into critical settings, may return to their usual roles with new insights and ideas, which may be of benefit to their services and patients.

But over the last few months she’s been part of an acute medical team at Wrexham Maelor Hospital, treating both Covid and non-Covid patients.

‘Now I assess peoples physical, social and rehab needs in the acute setting, rather than in their homes, and work towards facilitating a safe and timely discharge home, with appropriate follow up.’

Her redeployment has left her with minimal time to devote to her previous role.

But her new priorities, combined with the restraints of lockdown, have led to her exploring new ways of working, which could prove useful after the pandemic subsides.

‘Because the majority of my patients are elderly they are either shielded or isolating,’ she says.

‘So I’ve been assessing them over the phone to identify their physical and social issues, and it’s been an enjoyable learning curve to see how I can still provide my patients with the input they require through different means.’